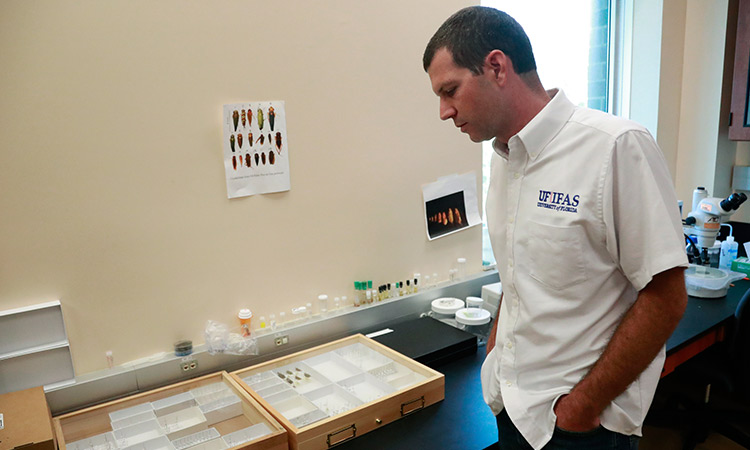 Florida's iconic palm trees are under attack from a fatal disease that turns them to dried crisps within months with no chance for recovery once they become ill.

Lethal bronzing is caused by a bacteria spread by a rice-sized insect. It has gone from a small infestation on Florida's Gulf Coast to a statewide problem in a decade. 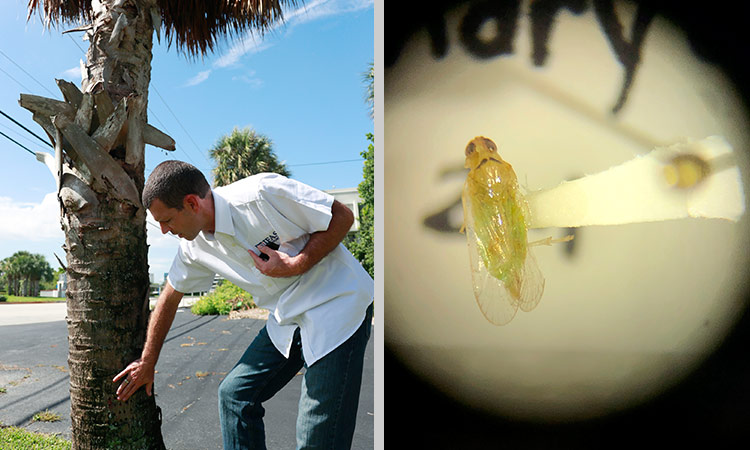 Lethal bronzing is caused by a bacteria spread by a rice-sized insect. AP

University of Florida assistant professor Brian Bahder says thousands of palm trees have died and the pace of infection is increasing.

It's adding to an arboreal nightmare in a state that is already fighting two diseases that have devastated its citrus trees.

Florida palm nurseries are taking a financial hit as they scrap infected trees.