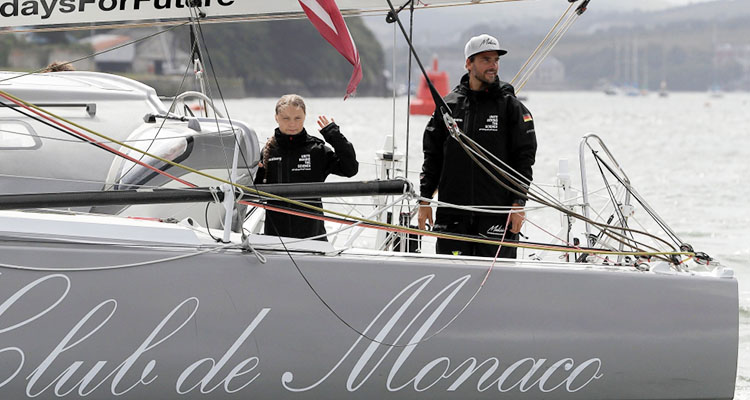 The team behind teenage climate activist Greta Thunberg's yacht voyage to New York on Sunday fended off claims that her trip will create carbon emissions because team members will take transatlantic flights.

The 16-year-old Swede, whose school strikes have inspired children across the world to protest against global warming, refuses to fly because of the carbon emissions caused by planes.

But she has been offered a lift on the Malizia II racing yacht, and set off on August 15 along with her father Svante and a filmmaker to document the journey, in order to attend the UN talks in September with a clear conscience.

That conclusion was quickly picked up on social media sites among Thunberg's detractors. 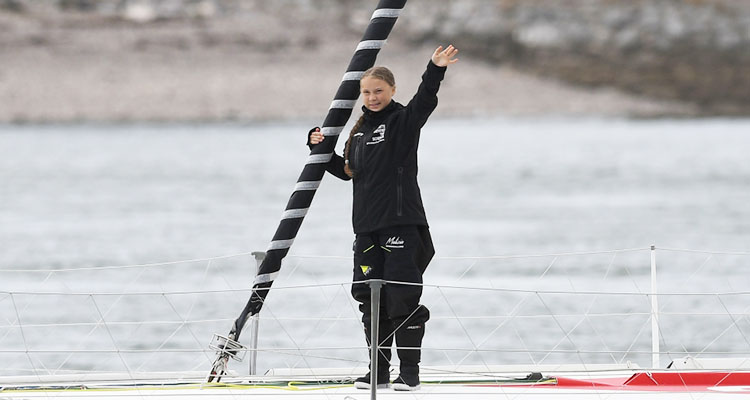 Swedish climate activist Greta Thunberg waves from aboard the Malizia II IMOCA class sailing yacht off the coast of Plymouth.

But Team Malizia manager Holly Cova insisted that the young activist's journey would be climate neutral.

"All Team Malizia flights are offset," she said in a statement issued by Thunberg's entourage.

She explained that the New York trip had been organised "at very short notice, and as a result two people will need to fly over to the US in order to bring the boat back".

'I will just ignore them'

The 60-foot (18-metre) yacht is skippered by Hermann and Pierre Casiraghi, vice president of the Monaco Yacht Club and a member of the principality's ruling family.

It can travel at speeds of around 35 knots (70 kilometres an hour) but will be heading into the wind for much of the time so will be slower, and the captain wants a smooth ride.

Ahead of the UN summit on September 23, Thunberg will take part in youth demonstrations, before heading to Canada, Mexico and then to Chile for another UN conference in December. It is not clear how she will be travelling.