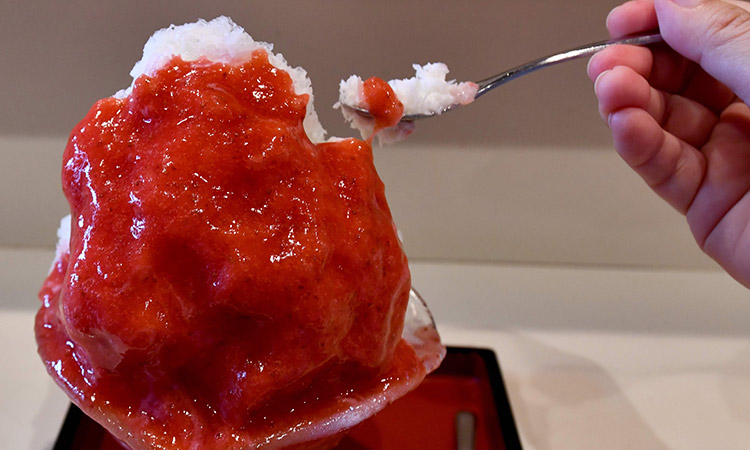 A kakigori dessert with natural ice in the Yanaka district of Tokyo. AFP

In a mountainous area north of Tokyo, a priest blows a conch shell as Yuichiro Yamamoto bows and thanks the nature gods for this year's "good harvest": natural ice.

Yamamoto is one of Japan's few remaining "ice farmers", eschewing the ease of refrigeration for open-air pools to create a product that is sold to high-end shaved ice shops in trendy Tokyo districts.

His trade had all but disappeared in recent decades, and the shaved ice or kakigori that is popular throughout Japan in summer had been produced with cheap machine-made ice. 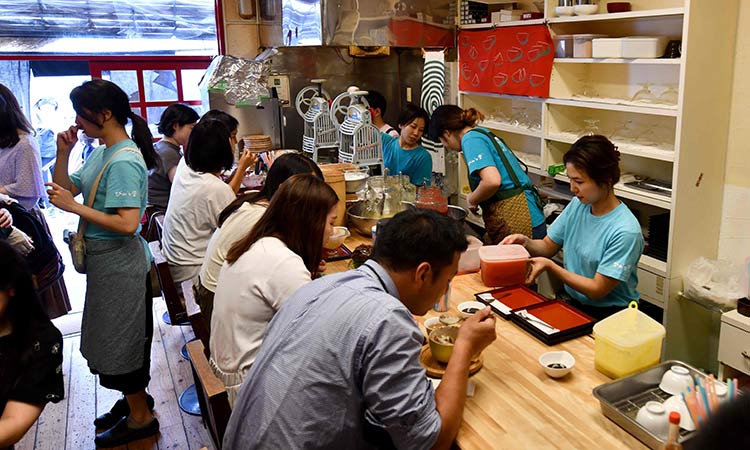 Customers inside a kakigori or shaved ice shop using natural ice in the Yanaka district of Tokyo. AFP

Yamamoto took over a traditional ice-making business 13 years ago in Nikko, where he also runs a leisure park.

"My predecessor used to sell ice at the same price as the fridge-made one, which can be manufactured easily anytime throughout the year," the 68-year-old says.

Customers queueing outside a kakigori or shaved ice shop. AFP

Workers cutting blocks of natural ice from an open-air pool at a factory in Nikko. AFP

A worker sliding a block of natural ice on a bamboo rail after it was cut from an open-air pool at a factory. AFP

Instead he decided to transform cheap kakigori into a luxury dessert, made with his natural ice and high-grade fruit puree rather than artificially flavoured syrup.

"I put the price tag at 800 yen for a bowl of kakigori. I also priced the ice at 9,000 yen per case, which is six times more than my predecessor," he says.

At first, there were days he threw away tonnes of ice because he could not find clients. 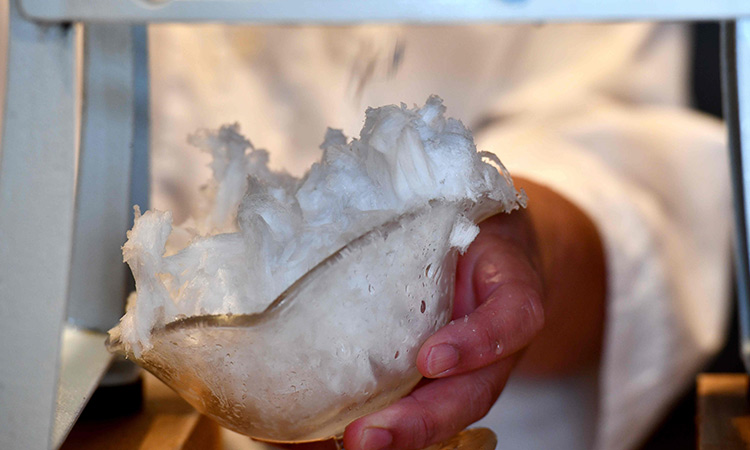 But one day buyers from the prestigious Mitsukoshi department store discovered his product, and began stocking it, turning around his fortunes.

It was a rare delicacy reserved for the rich, with the ice naturally made and stored in mountainside holes covered with silver sheets.

It was only after 1883, when the first ice-making factory was built in Tokyo, that ordinary people could taste the dessert.

And rain too can ruin the product, causing cracks that mean the whole batch has to be discarded.

"I check the weather forecast 10 times a day," Yamamoto laughs. 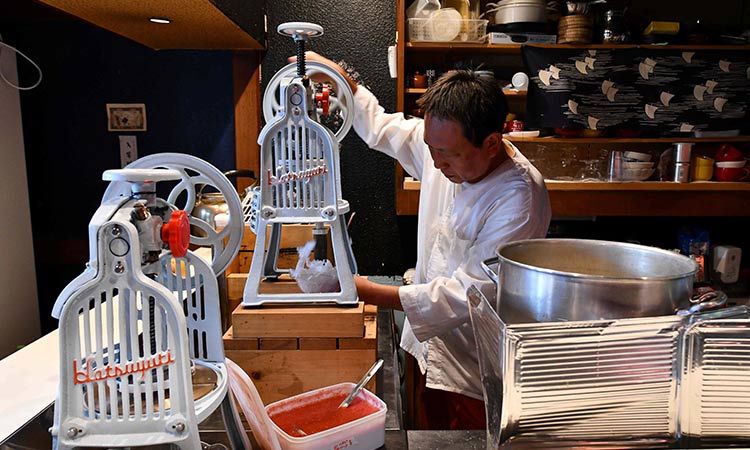 Koji Morinishi making a kakigori dessert with natural ice in the Yanaka district of Tokyo. AFP

Once the ice is 14 centimetres (5.5 inches) thick, which takes at least two weeks, workers begin cutting out rectangular blocks.

In the Yanaka district, more than 1,000 people queue up every day for a taste of kakigori made with natural ice produced by another ice-maker from Nikko.

Owner Koji Morinishi says the naturally made ice has a texture that is different from machine-made products.

"It feels very different when you shave it. It's harder because it's frozen over a long period of time," explains Morinishi.

He says: "This business has become attractive and the ice makers are all busy."