Skateboarders squeezed out in fight for Shanghai streets - GulfToday

Skateboarders squeezed out in fight for Shanghai streets 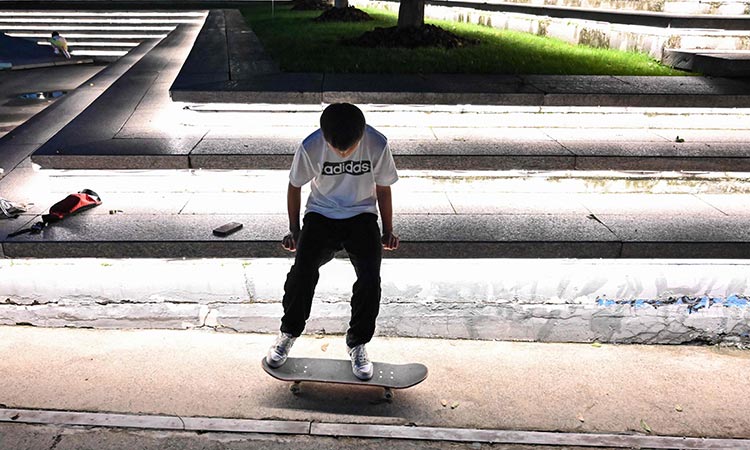 A boy practising on a skateboard. Hector Retamal/AFP

An argument erupts after a skateboarder whizzes past a toddler, narrowly avoiding clattering into the little girl.

On another occasion, a security guard throws buckets of water on a stretch of concrete to stop skateboarders practising there.

"The majority of older people may think skateboarders are not good kids and skateboarding is not a good sport.

Skateboarding will make its Olympic debut in Tokyo next year, but many in the growing scene in Shanghai complain that they have few places to go and are looked down upon as trouble-makers.

Guan Kangrong travels more than one hour to visit a public skate park next to the Huangpu River, which runs through Shanghai.

The trouble is that it is frequently busy with small children — themselves deprived of places to run free as Shanghai modernises and residential, office and retail blocks compete for space. 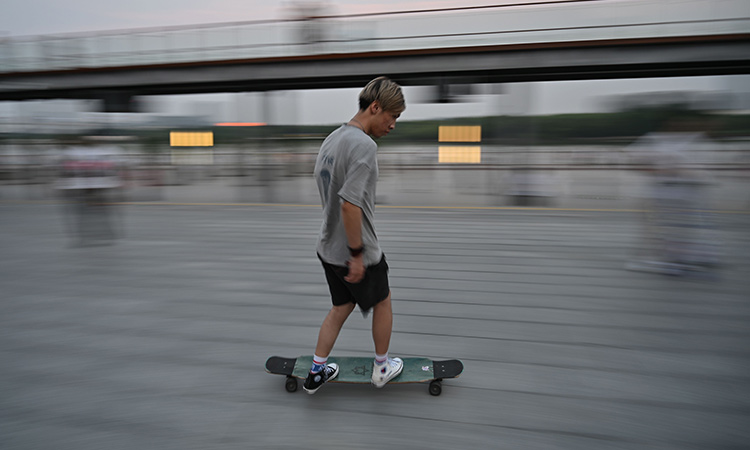 A young man skateboarding next to the Shanghai Long Museum. AFP

Near-misses involving the skateboarders and children are frequent, as are rows with the parents.

"It happened this morning — we had a small skateboarding activity in the skatepark but kids came and occupied the place," said the 16-year-old Guan.

"Their parents criticised us and tried to persuade us (to leave). If we cannot reach an agreement, an argument follows." 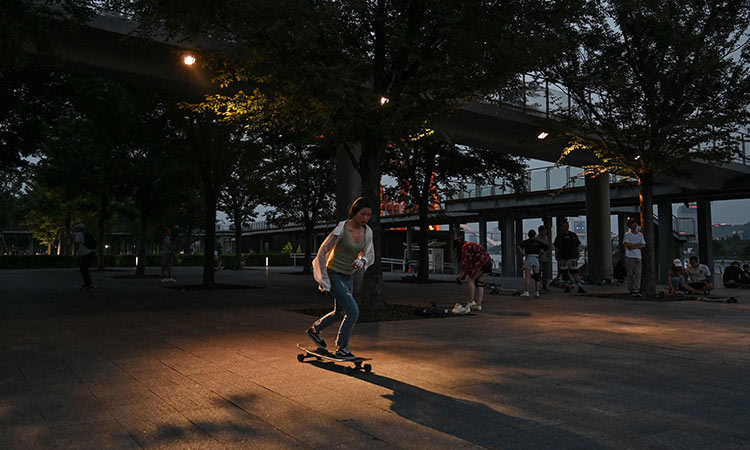 However, state media in May hit out at a group of young skateboarders practising their moves on one of Shanghai's busiest shopping streets.

They were accused of "lack of self-discipline" and duly told to clear off.

The Xinmin Evening News said there were plenty of dedicated skateboard areas in the city of 24 million people, including the battleground riverside park.

Kong Jianhao, founder of skater group BASE, said that summed up the opposition he and his friends often face. 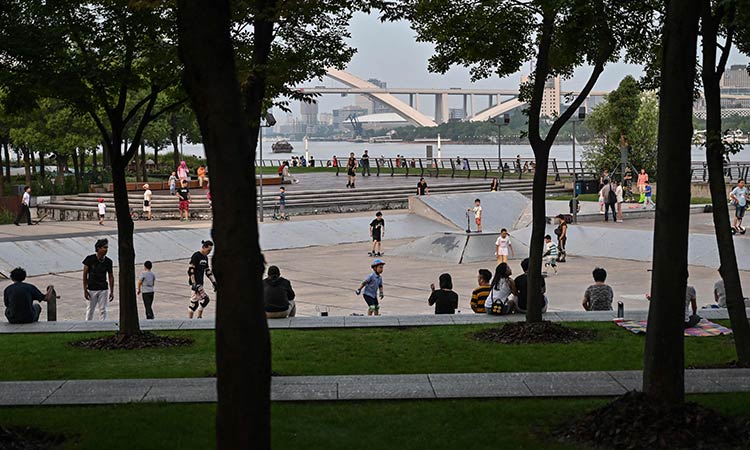 In China, skateboarding is a 'special' sport. AFP

"The majority of older people may think skateboarders are not good kids and skateboarding is not a good sport."

The local sports authority has begun organising competitions, he said, and old-fashioned attitudes are slowly changing.

They drive us away

But while perceptions are softening, skateboarders say they face a squeeze on where they can go.

There are paid-for facilities in Shanghai, but these tend to be expensive and inconvenient to reach, say many skateboarders. 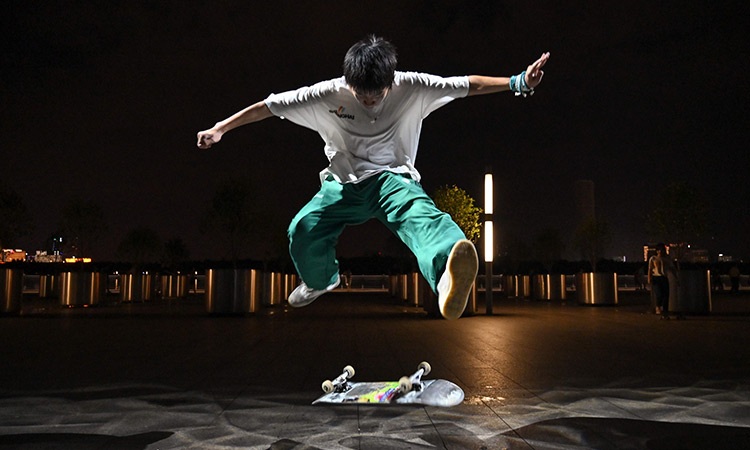 A boy practising on a skateboard. AFP

They would be happy to practise on the streets or in other public spaces, but sometimes they are fined or chased away by the black-shirted security guards that are omnipresent in Chinese cities.

For the past year Chen Xaifei, a university student, has travelled more than one hour to visit a specially built public facility in a western suburb.

"To clear us out of here, security guards even sprayed water on the ground before.

"From Monday to Friday, they will not care too much about you, but on weekends they are strict and drive us away."