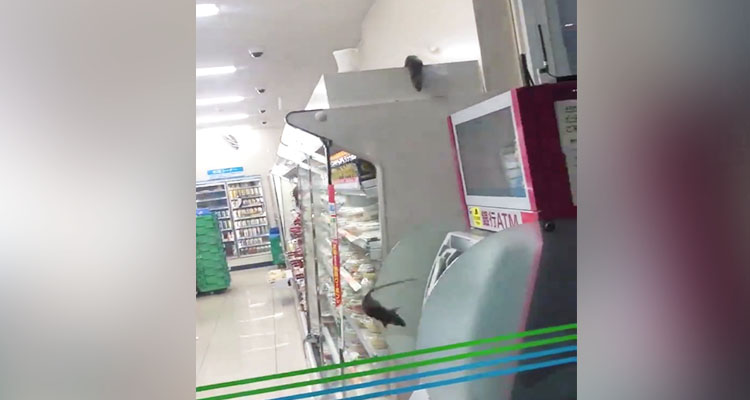 A video-grab of the viral video.

A night-time raid by a gang of rats on a 24-hour store thought to be in Tokyo's popular Shibuya neighbourhood has forced the property to close indefinitely after a video of rodents running amuck in the shop went viral.

In the 15-second video circulated on social media, around six rats are seen scouting the shelves of the convenience store, a franchise of the FamilyMart chain, which has been closed since August 5.

The chain apologized for the "disgust" and "unease" caused by the images posted by Twitter user @Ginkai19990324, and is currently evaluating when to reopen the establishment, the company's spokesperson told Efe news.

The company said it would disinfect the store, the exact location of which has not been revealed, as well as remove and dispose of any tainted products, the BBC reported.

"We will proceed with measures such as disinfection... and will consider the possibility of resuming operations (after considering the)... environment of the store," it added.

FamilyMart is a popular convenience store chain in Japan and also has outlets across Asia.