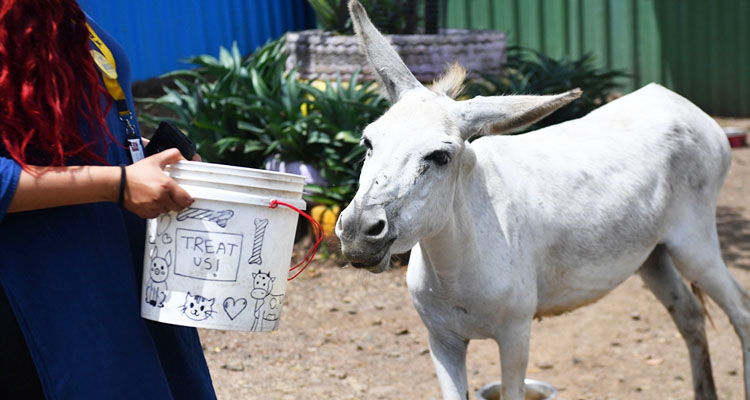 Emily, a donkey living at an animal shelter in the Indian city of Pune, became an internet sensation last year after a clip of her "singing" went viral. 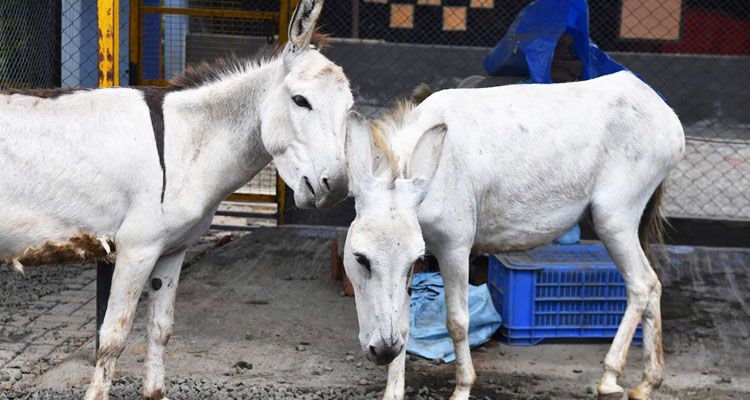 Female donkey Emily (R) interacts with another donkey at the RESQ animal rescue and rehabilitation centre in Pune.

Staff at the centre -- where cats, dogs, cows and even large buffaloes are cared for -- were playing with Emily when she started crooning.

They recorded a video of Emily showing off her vocal range and uploaded it onto their social media page, where it became an instant hit.

"Usually our videos have a lot of sick animals and animals being rescued, and it's generally heavy and sad," RESQ Charitable Trust head Jessica Roberts told AFP. 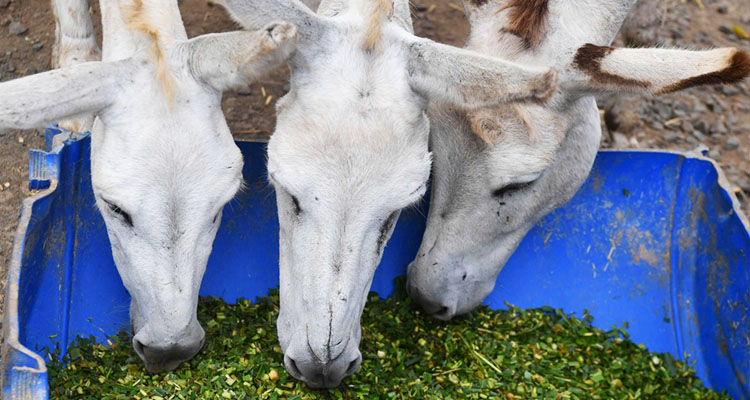 Emily (C) feeds with other donkeys at the RESQ animal rescue and rehabilitation centre in Pune.

"So for a change we decided to put this video of Emily singing, and the response from the public has been amazing."

Roberts said they were inspired by Harriet, a singing donkey from Ireland who also shot to social media fame for her "operatic singing".

"I think Emily's singing started because she likes to beg for treats. The moment she sees a treat bucket she starts singing," she added.

Donkeys and mules are often exploited in many Indian industries, where they are used as beasts of burden in harsh conditions. 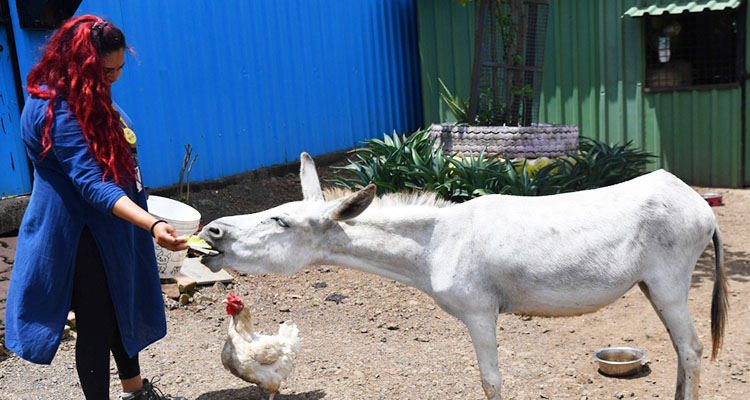 Emily's life has been tough and her road to recovery -- and budding musical stardom -- has been long.

She was found abandoned on the streets two years ago with a prolapsed uterus and infected wounds.

When RESQ staff brought Emily in, she was "sad, depressed and hostile", Roberts said. 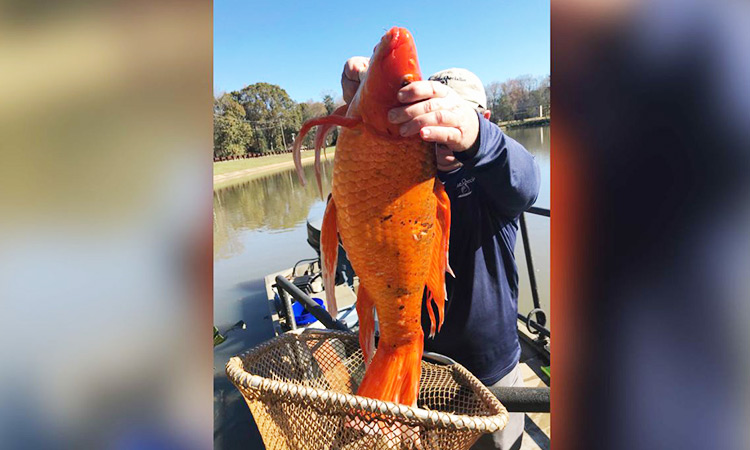 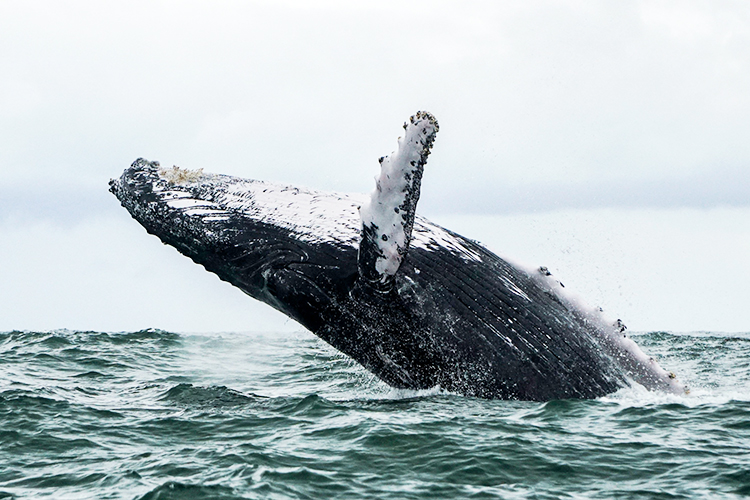