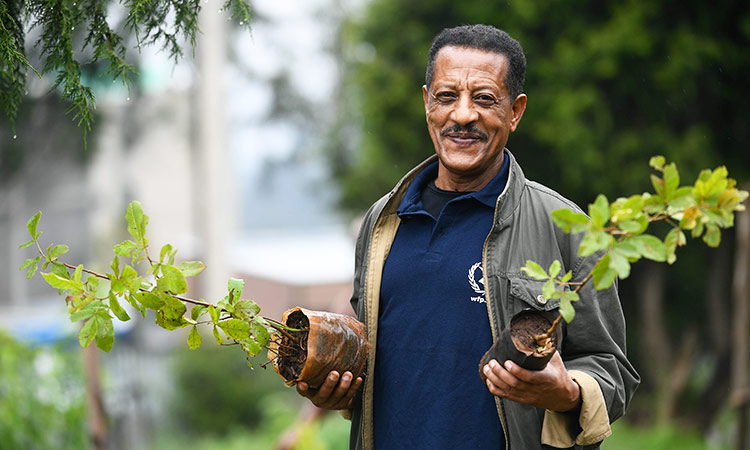 These days whenever Ethiopia's Prime Minister Abiy Ahmed appears in public, he removes his jacket, rolls up his sleeves, grabs a shovel and gets to planting a tree.

Abiy is leading by example as Ethiopia plans to plant a mind-boggling four billion trees by October, as part of a global movement to restore forests to help fight climate change and protect resources.

The country says it has planted nearly three billion trees already since May. 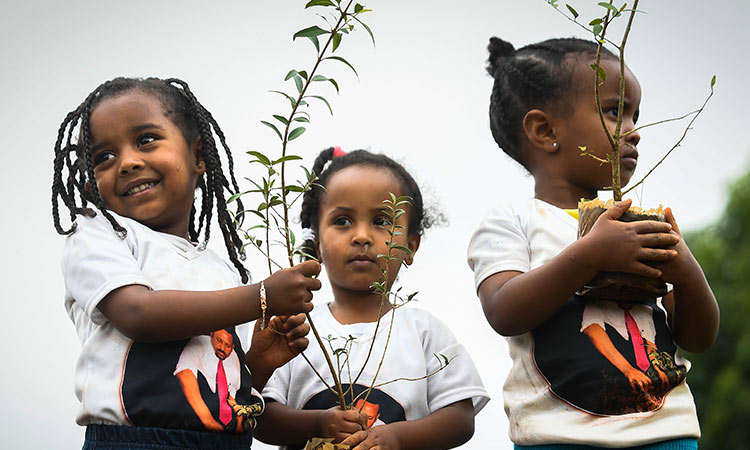 On Monday, state employees were given the day off as Abiy sought to get the rest of the country involved, and the government claimed a "record-breaking" 350 million trees were planted in only one day.

"I think we demonstrated the capacity for people to come together collectively and deliver on a shared vision," Billene Seyoum, Abiy's press secretary, said.

The figure has attracted scepticism about the sheer number of volunteers this would require, and the logistics involved. 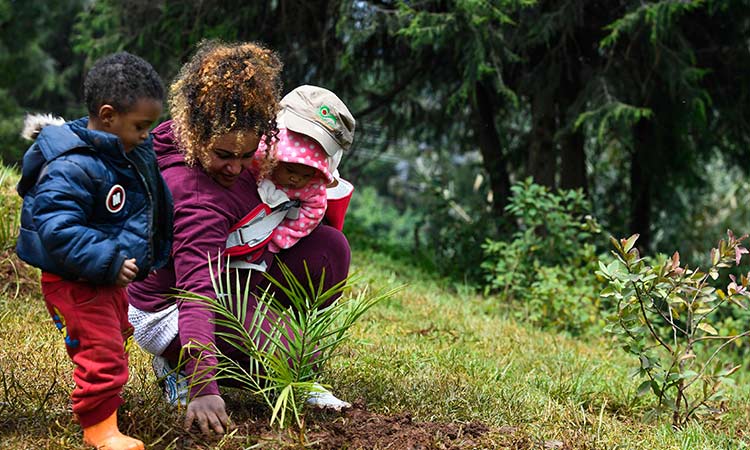 A woman with her children takes part in a national tree-planting. AFP

"I personally don't believe that we planted this much," said Zelalem Worqagegnehu, a spokesman for the opposition Ezema party.

"It might be impossible to plant this many trees within a day."

Yet Zelalem also noted that hundreds of members of his party planted trees of their own on Monday, and suggested the actual total was beside the point.

"We took this as a good opportunity to show solidarity with the citizens," he said. "Our concern is the green legacy, making Ethiopia green." 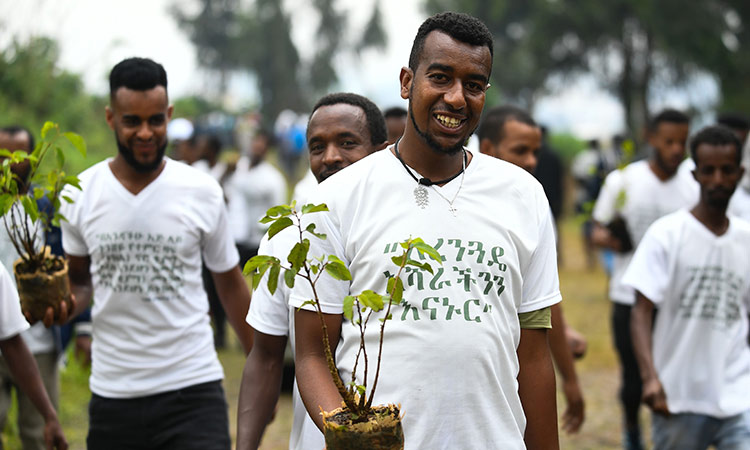 Ethiopia's forest cover declined from around 40 percent half a century ago to around 15 percent today, said Abiyot Berhanu, director of the Ethiopian Environment and Forest Research Institute.

"Deforestation has become very grave in many parts of Ethiopia," he said.

The recent tree-planting drive has targeted areas that have been stripped of their trees over the years, Billene said.

The types of new trees planted have varied from region to region. 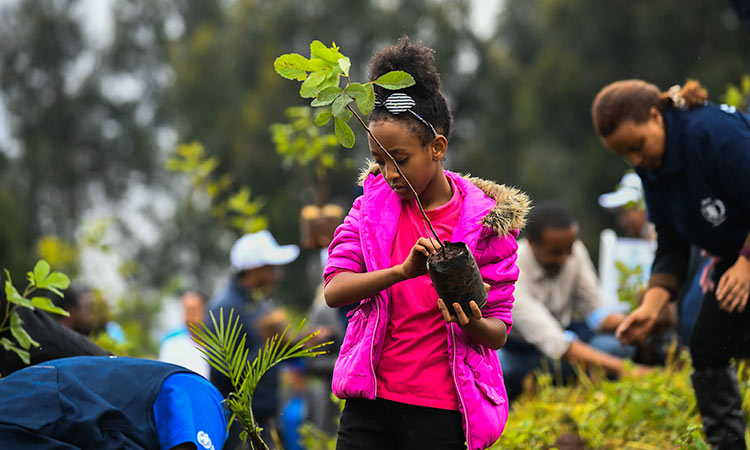 "A lot of nurseries have been working on producing more saplings over the past couple months," Billene said, while some of the saplings and seedlings had come from abroad.

"We don't speak so much about planting trees but about growing trees."

"Everyone was clear and understood the long-term vision," she said. "They actually bought into the benefits of what it means to have a green country."

If Ethiopia really did plant 350 million trees on Monday, it would have smashed the current world record of around 50 million held by the Indian state of Uttar Pradesh.

However an official determination may have to wait.