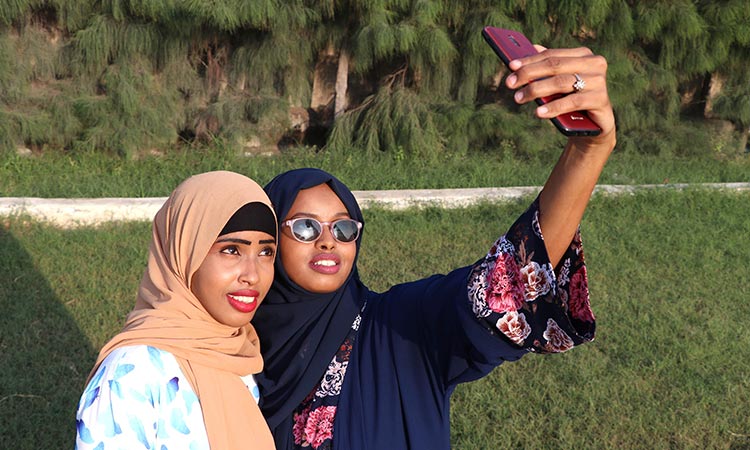 "My whole life, fashion design was a dream," says the 23-year-old university student, who last year began running a cottage business out of her family's home in Hamarweyne, the historic heart of Somalia's coastal capital Mogadishu.

I used to watch fashion design shows on TV, and every time I watched one, I tried to grasp the ideas by drawing what I saw.

For Hassan, it began with art, when she found herself drawn to sketching clothes rather than the animals and landscapes preferred by her peers.

Then she set to work on tailoring to turn her images into reality. 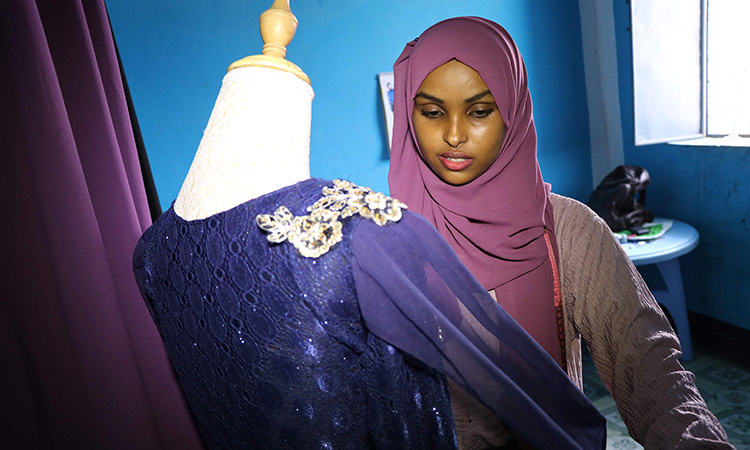 "I realised this could be my field of expertise," she says.

For decades, war and upheaval left ordinary Somalis focussed on the daily matters of life, death and survival.

Somalia's clothing stores traditionally adhere to a simple formula: imported garments for the well-to-do, locally-made clothes for the rest.

But Hassan and others are starting to alter that picture with locally-designed, handmade attire for the high end of the market. 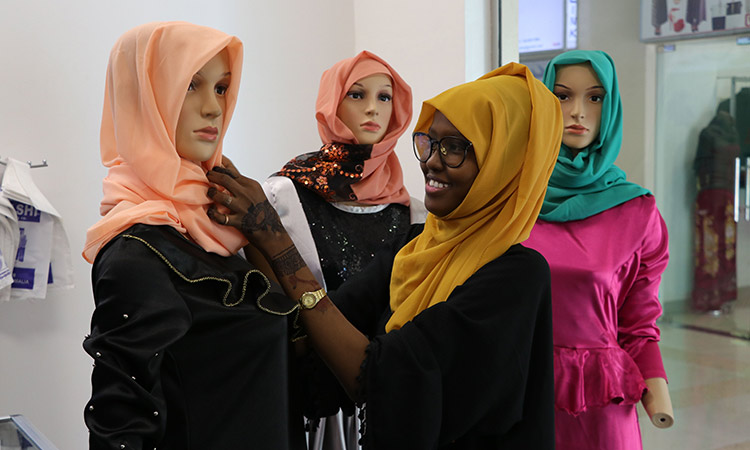 A saleswoman at the Mkeni Designs shop, dresses a mannequin. Abdi Hajji Hussein/AFP

In such a nascent industry, Hassan is, by necessity, self-taught. "I used to watch fashion design shows on TV, and every time I watched one, I tried to grasp the ideas by drawing what I saw," she says.

"When I started I had no-one as a role model. It is just something I dreamed up," she says, adding that she now finds inspiration in the likes of Lebanese fashion designer Elie Saab.

Clothes with a story

In her home studio, Hassan sketches and inks new designs of abaya gowns and hijab headscarves, in a variety of black or bright colours, tight and loose fittings, with plain or embroidered finishes.

Fashion has also become a family affair, with Hassan's father — a tailor by trade — and older sister helping cut and sew the clothes. 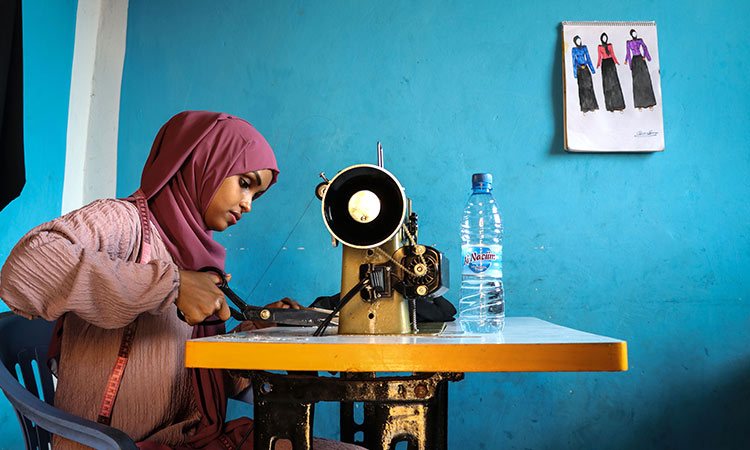 Her elder brother has been an investor, helping to buy sewing machines and other equipment.

Now the business is taking off, she says.

"In the beginning, it was my father, elder sister and brother who helped me start but now I'm self-reliant and can make a living out of my work," she says proudly.

The designers' customers are mostly young, like them, and affluent. 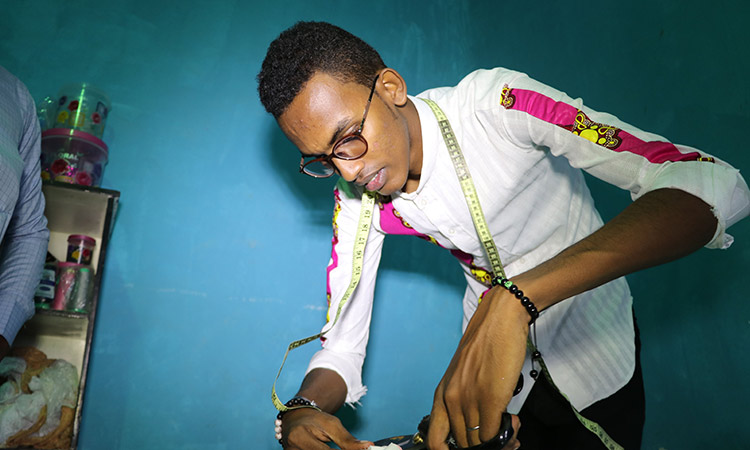 As a male fashion designer, Abdishakur Abdirahman Adam faces down double-criticism in pursuit of dreams.

"In Somalia it is very difficult for a boy to become a fashion designer, because people believe this is women's work," says the slim 19-year-old, who was introduced to fashion by watching catwalk shows on satellite TV.

Nevertheless, he plans to continue, designing for both women and men, hoping to compete with foreign imports.

"What I do is just to create fashionable clothes with the material I have here without spending more money so that it looks like something from overseas."