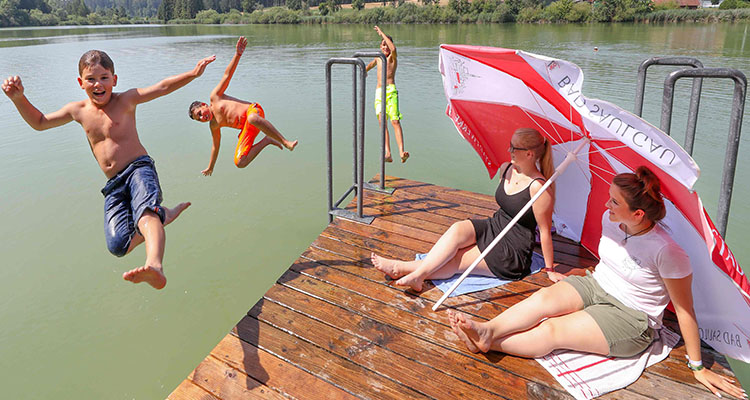 Two women sitting under parasols watch at three boys jumping into the water of a bathing lake in Bad Saulgau, southern Germany

At its peak on Thursday, the heatwave broke national temperature records in Belgium, Germany and the Netherlands while Paris baked in its highest ever temperature of 42.6 degrees Celsius (108.7 Fahrenheit).

The mercury dived in France with outbreaks of drizzle as state weather service Meteo-France lifted "red" alerts imposed in 20 departments. 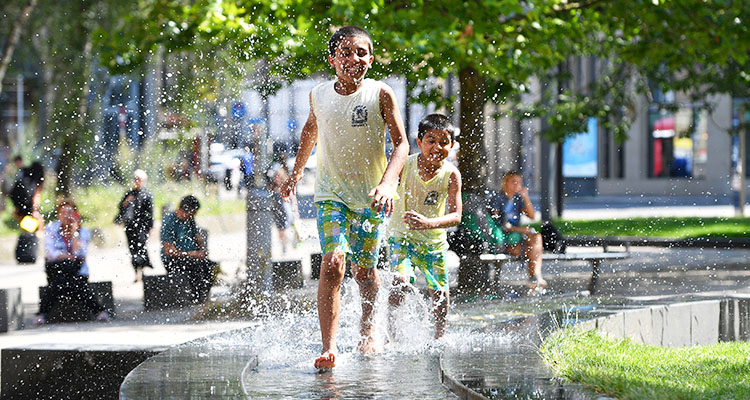 Boys play in the water feature beside the National Football Museum in central Manchester, England.

Travellers seeking to make their getaways also faced disruption, with flights at London's Heathrow and Gatwick airports were cancelled and delayed -- some by over two hours.

Elsewhere in the British capital there was still travel havoc due to rails buckling under the heat and fires breaking out along commuter lines.

"You could have fried an egg on the tracks". 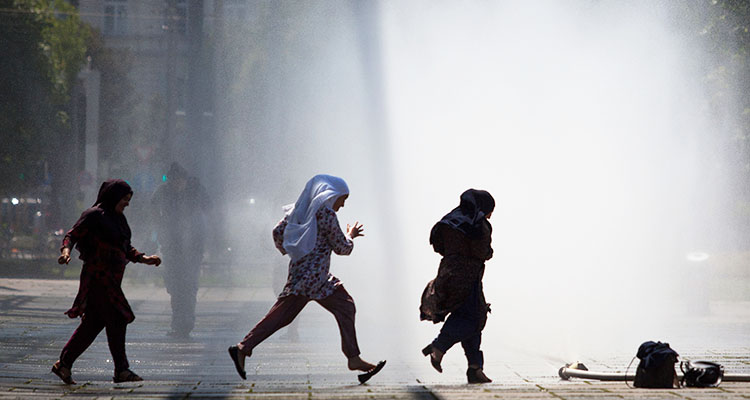 Woman run through water sprayed from a pipe at Praterstern Square in Vienna.

Finnish police issued a warning to motorists after a record number of reports of drivers crashing into moose who wandered into the road in search of water.

The heat "makes the animals move further for water, and they may cross roads," Captain Joonas Tikka told AFP on Friday.

In Paris, with public swimming pools overcrowded, many locals and tourists sought to cool off in public water features, notably the giant fountains at the Trocadero close to the Eiffel Tower.

"It is too hot to stay in the city in the daytime, there is nothing to freshen with. So for the kids it's very cool to have this place with water," said Norwegian tourist Yensi.