Lavender is back in fashion with French farmers - GulfToday

Lavender is back in fashion with French farmers 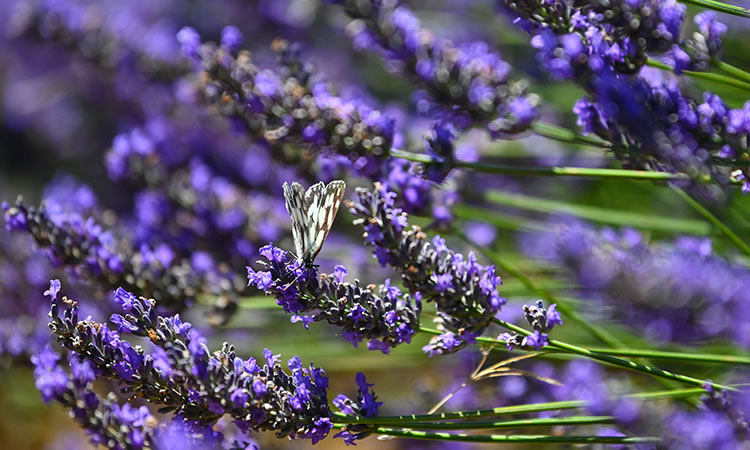 A butterfly in a lavender field. Philippe Desmazes/AFP

Working in a purple-green field in southern France, a claw-fitted tractor harvests plants of lavender destined to become essential oil as a traditional sector stages a modest comeback.

"They are slightly grey because they are starting to wilt, it is the best point for the quantity and quality of essential oils," explains Vincent Jamonet who runs the operation in the Drome region of southeastern France.

The plants are fed into a hopper and taken to a nearby distillery.

Also nearby, fields of lavandin, a hybrid variety that provides greater quantity and resists bacteria, soak up the sun against a muted backdrop of the Vercors mountain range. 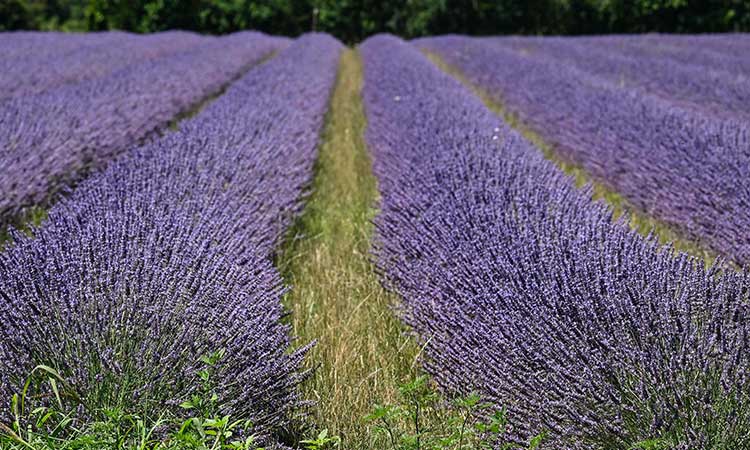 French lavender is staging a comeback from years of decline brought on by bacterial infestations. AFP

The scent of Lavandin resembles that of camphor, which is not a sweet-smelling as lavender.French lavender is staging a comeback from years of decline brought on by bacterial infestations.

The Jamonet family have planted 100 hectares (250 acres) of aromatic plants, one-fifth of which are organic.

Thanks to the increasing popularity of aromatherapies, French lavender is staging a comeback from years of decline brought on by bacterial infestations.

Perfume plants that can also be used in cosmetics, medicines and household products "are the only crop in France whose surface is increasing," notes Laurent Quadrio of the regional Drome agriculture organisation.

A butterfly sits on a lavender flower at the botanical garden. Ina Fassbender/AFP

The scent of Lavandin resembles that of camphor, which is not a sweet-smelling as lavender. Philippe Desmazes/AFP

They still represent a tiny fraction of the country's millions of hectares of cultivated land, but have expanded from 2010 to 2016 by around 40 percent to 53,000 hectares (130,000 acres), while cropland in general is being nibbled away by spreading urban areas.

"It's a sector where you can earn a living, and where young farmers can get started," says Alain Aubanel, head of the Cihef federation that follows essential oil production.

Oil from lavender destined for perfumes, aromatherapy and cosmetics sells for around 100 to 150 euros ($110-$170) a kilo, while lavandin, used in detergents and soaps, sold last year for 28-40 euros, which was nonetheless a rise of 20 percent from the previous year and 30 percent over the past five years, Aubanel says. 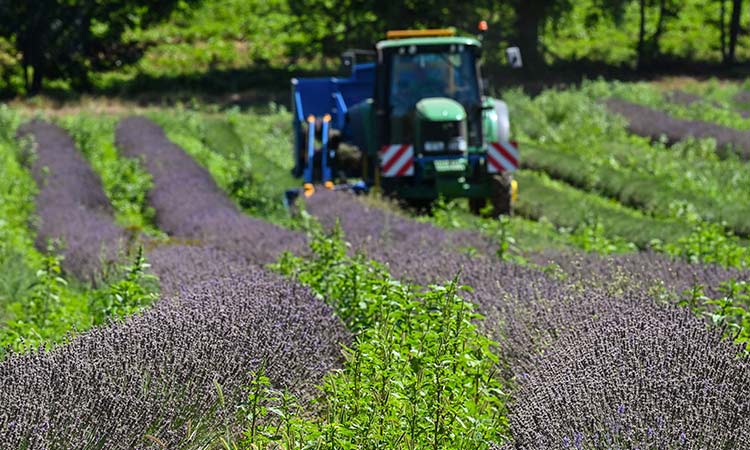 However, France now has to contend with Bulgaria, which became the world leader in traditional lavender production last year and is aiming for a record crop in 2019, he notes.

Instead of trying to compete on volume or cast, French farmers are aiming to produce a higher quality product.