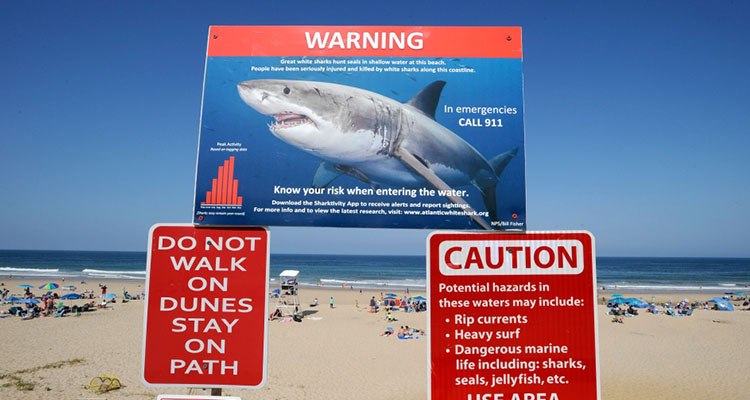 At the entrance to Newcomb Hollow Beach, at the tip of the Cape Cod peninsula, the picture of a great white shark reminds swimmers that the US shores of the Atlantic must be shared with the ocean's most feared predator.

Since the Marine Mammal Protection Act was passed in 1972 the number of seals in Cape Cod has grown to more than 50,000. 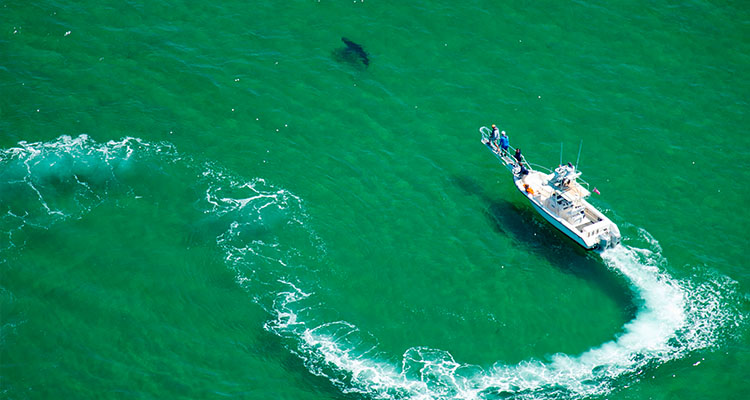 The deadly sharks are a great tourist attraction, and their pictures are splashed on T-shirts, coffee mugs and caps for sale in the area. Yet despite their fearsome reputation shark attacks on humans are rare.

One victim was Arthur Medici, a 26-year-old belly board surfer killed by a great white just a few yards (meters) into the ocean at Newcomb Hollow Beach in September 2018. A stone plaque was placed at the beach in his memory.

Local authorities, however, are taking no chances. This year the state has granted funds to Cape Cod peninsula towns to help them deal with sharks, even though there is no clear plan on what to do. 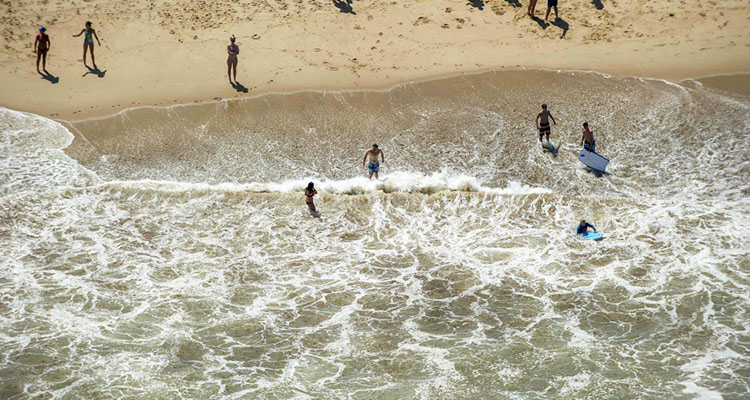 Surfers and beach goers play in the waters close to seals and sharks.

"We have all been trained in 'Stop the Bleed,'" she said, adding that the town is also offering training for residents.

Researchers at the University of Florida recorded 66 shark attacks last year around the world, including four that were deadly.