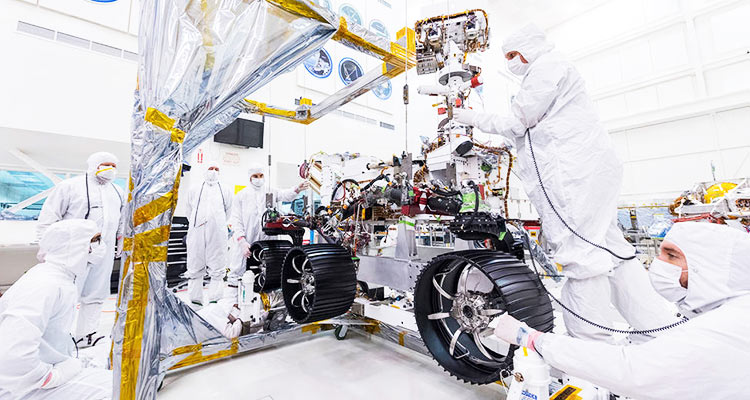 Engineers at JPL install the starboard legs and wheels on the Mars 2020 rover. Credits: NASA/JPL-Caltech.

More than a dozen "bunny suit"-clad engineers integrated the rover's legs and wheels on June 13 in the clean room of the Spacecraft Assembly Facility at JPL, marking another milestone in the rover's building, Xinhua news agency reported on Saturday.

Adding to the complexity of the engineering team's integration effort was the "rocker-bogie" suspension system, which keeps the rover body balanced, enabling it to "rock" up or down, depending on the various positions of the six wheels, according to JPL.

Measuring 52.5 centimeters in diameter and machined with traction-providing cleats, or grousers, the current wheels are engineering models that will be replaced with flight models next year, JPL said.

Every wheel has its own motor. The two front and two rear wheels also have individual steering motors that enable the vehicle to turn a full 360 degrees in place.

Mars 2020 will launch from Cape Canaveral Air Force Station in Florida in July 2020. It is scheduled to land at Jezero Crater on February 18, 2021. 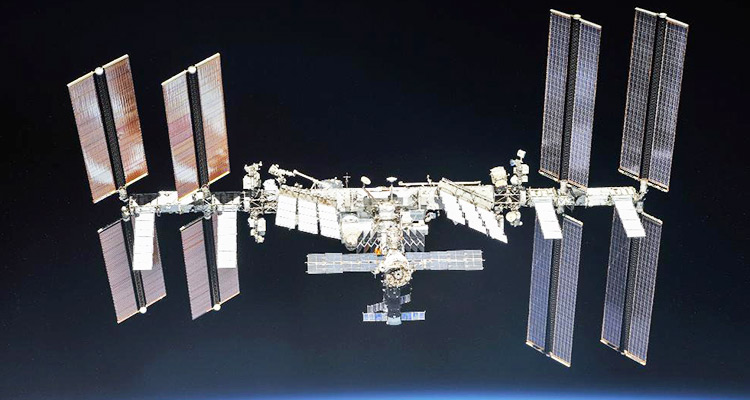 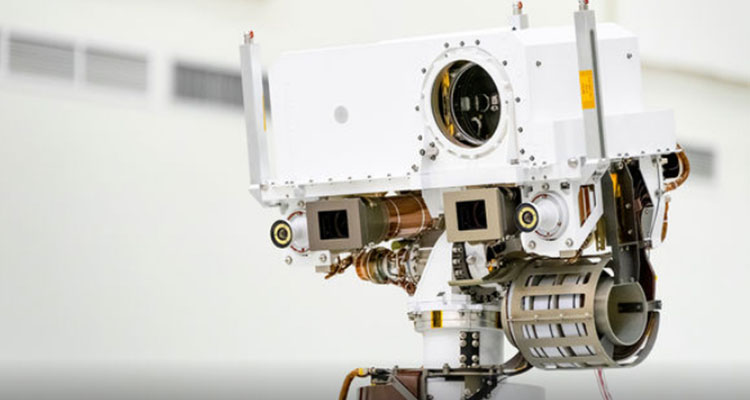