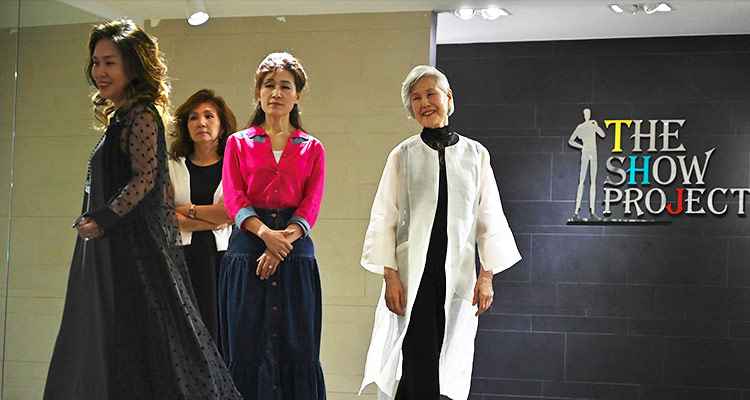 Model Choi Soon-hwa and her colleagues are seen during a modelling class.

Now at 75, Choi Soon-hwa is an unlikely fashion star and model in South Korea, one of a handful of seniors who have become social media and fashion celebrities in a country where intergenerational conflict is mounting as the population ages.

"I think of having this job at this age as a miracle.

She is now the oldest professional model in the South, and has walked runway at Seoul fashion Week. It is a far cry from her life even just a few years ago when she was a care worker, forced to take long shifts often seven days a week.

Around 45 percent live of older people in South Korea live in relative poverty and the country has one of the weakest social safety nets among developed nations.

Choi, 75, is one of a handful of seniors who have become social media and fashion celebrities.

Choi is now the oldest professional model in the South, and has walked runway at Seoul fashion Week.

At 70 Choi was working 20 hours a day in a hospital just to make ends meet.

Choi`s pale locks have become an asset to a new generation of designers who value distinctiveness.

In the past five years, catwalks globally have seen greater age diversity and models such as Jacky O'Shaughnessy, Jan de Villeneuve, and Elon Musk's mother Maye Musk, making names for themselves as fashion stars in their 60s and 70s.

Choi and other older celebrities have captured the imagination of South Korea's youth and garnered large numbers of acolytes online, providing a small link between generations that are increasingly divided both politically and socially.

Fellow senior model Kim Chil-doo, age 64,has some 75,000 followers on Instagram, while 72-year-old Park Mak-rye, whose posts include make-up tips, is a YouTube sensation with more than 400,000 fans.

But with the nation facing a demographic crisis, and the ratio of elderly to those of working age set to soar, tensions are mounting.