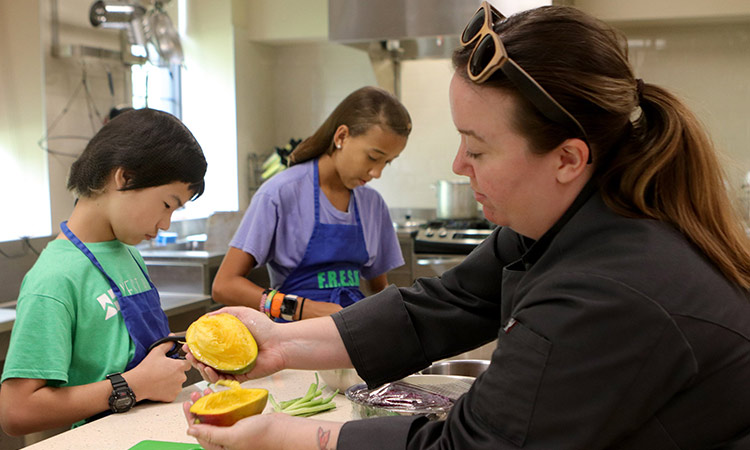 Fontbonne University’s Camp F.R.E.S.H. is a way for children from fourth through seventh grades to learn about the people and culture in other lands.

It’s a summer camp, so naturally they have fun while they learn. And part of that fun is cooking.

A few weeks ago, the 20 or so day campers were learning about Asia (each of the four weeks was devoted to a different continent; the campers could attend anywhere from one to all four weeks). 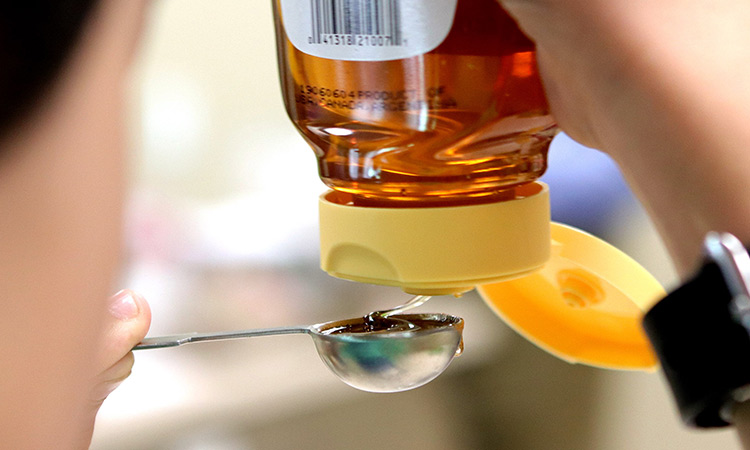 And they made it all themselves.

But the actual prep work and cooking was done by the children themselves, from the chopping (with real knives for the youngsters who can work with them) to the stir-frying to the rolling up of the spring rolls.

One of 11-year-old Nylah Saffold’s jobs was to cut bell peppers into thin julienne slices. She demonstrated proper knife protocol, conscientiously holding it at her side with the blade facing back while walking. 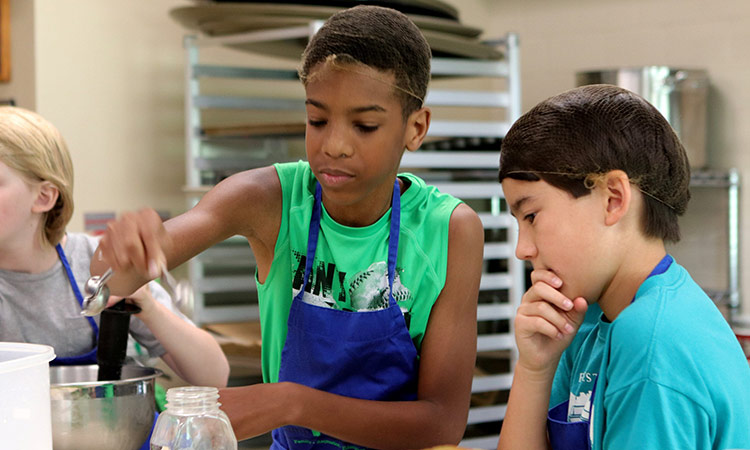 They were taught how to do that, she said, “in case somebody turns and so you don’t poke them with the knife.”

Meanwhile, Adela Gingrich, 11, was struggling with two mangoes. Between the thick skin and the oddly shaped pit that the fruit stubbornly adheres to, mangoes can be the most frustrating of fruits. But she persevered and managed to produce plenty of mango to enhance the spring rolls.

The meal was a success with (most of) the children. Sloan Gingrich, 9, was particularly taken with the baked tofu nuggets.

“It was the first time I ever tried tofu in my entire life,” she said.

But not everyone was as happy with the results. Throwing away most of the food on her plate, Kelsea McBride said, “That’s the only bad thing about kids cooking. Sometimes they overcook or undercook things.”