Giambattista Valli displays his collection on mannequins not models - GulfToday

Giambattista Valli displays his collection on mannequins not models 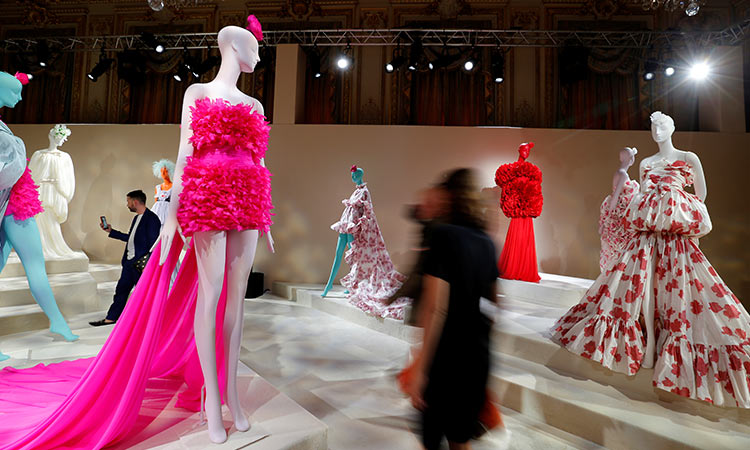 "I wanted the people finally to look at... the artwork of making Haute Couture — and not from far and not in movement.

"I wanted the people finally to look at... the artwork of making Haute Couture — and not from far and not in movement," Valli said, emphasizing the private moment afforded by personal inspection of each piece.

Giambattista Valli poses during an exhibition as part of his Haute Couture Fall/Winter 2019/20 collection.

Creations are displayed during an exhibition by designer Giambattista Valli.

In its initial run, the collection featured less expensive takes on Valli's signature tulle ensembles as well as gemstone-encrusted accessories, with prices for a dress ranging between $299 and $649.

"People really get inspired but sometimes frustrated because... there is no access to the house," Valli said. "I wanted to give them...the possibility to have their own Giambattista Valli moment."

Valli also has a pret-a-porter line oriented to a younger, more street-savvy clientele, and has made forays into runway athleisure.