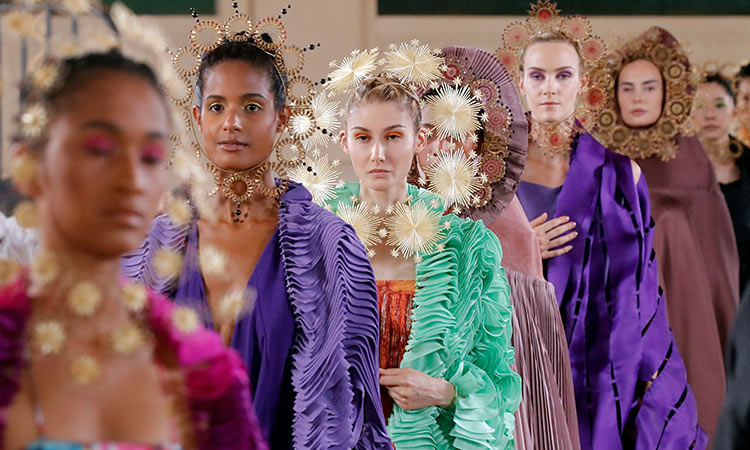 Maurizio Galante who is an Italian designer showed Mexicans how to take inspiration from cultures without being culturally inappropriate.

With a spectacular halo of sun-shaped straw and metal jewellery made by indigenous artists Antonio Rendon Cornelio and Carlos Piedras his 21 pieces of work were impeccable.

"Silks and other materials coming from the East also came through Mexico first which added another level" of colour and texture.

The courtier worked with Mexico's top fashion institute and makers in 18 parts of the country on a collection which picked up on the ongoing sartorial dance between Aztec, Mayan and other native cultures and Europe.

With a Mexican politician and officials in the front row giving their seal of approval, he sent out trousers suits inspired by the Aztec god of learning Quetzalcoatl -- the "feathered serpent" rendered in silk organza scales -- and the jaguar diety Tezcatlipoca.

Galante called the collection "Resplandor" after the Tehuana ceremonial headdress immortalised by the Mexican painter Frida Kahlo in her self-portraits.

He included a few of his own and told AFP that legend has it that indigenous women created them by putting European dresses that washed up in a trunk on their heads.

Galante called the collection "Resplandor" after the Tehuana ceremonial headdress.

The mix and clash between native cultures made Mexico such a rich cultural crossroads.

Areas felt that Galante was showcasing the "work of Mexican hands."

Silks and other materials coming from the East also came through Mexico first.

The Paris-based creator said it was this "mix and the clash between the native cultures and that of the arriving Europeans" that made Mexico such a rich cultural crossroads.

"Silks and other materials coming from the East also came through Mexico first which added another level" of colour and texture, said Galante, who visited the country four times on research trips working with a Mexican NGO.

Hidden 'soul' of its makers

Galante said he turned a finely-embroidered coat inside-out to show the hidden "soul" of the garment and highlight the genius of its makers.

He said Galante -- unlike Herrera's US designer Wes Gordon -- had been open and included Mexican groups and officials in his process from the start.

Areas felt that Galante was showcasing the "work of Mexican hands" unlike Venezuelan-born Herrera who "did not give credit" where it was due. 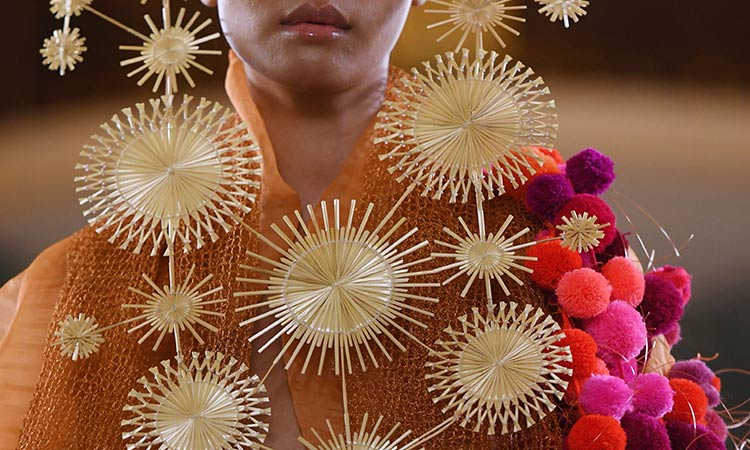 Galante said he turned a finely-embroidered coat inside-out to show the hidden "soul" of the garment.

Appropriation of native designs has become a political hot potato in Mexico, with a long list of labels accused of ransacking the cultural heritage of poor villagers.

Galante -- who worked with Moroccan women on his collection that was based on the kaftan -- refused to be drawn into the controversy.

"Every show I try to tell the story of a different voyage. Like the great travellers for the 18th century, you go into the unknown, not knowing what you will find," he said.

"I am not someone who invades a country to steal things, I am looking for a dialogue," he added.

"I can't speak for others, but when someone invites you to their table for dinner you have to respect their rules. It is normal that I respect the local culture and not abuse it."

Haute couture is the very pinnacle of fashion, with only an elite band of designers allowed to show their luxurious handmade creations in the French capital, some of which cost tens of thousands of euros (dollars). 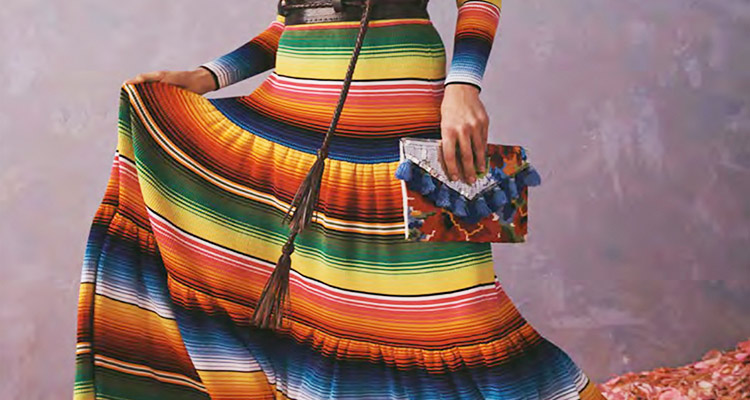 The Mexican government has called out fashion house Carolina Herrera for the "cultural appropriation" of indigenous patterns and textiles from Mexico in its latest collection.