Selfies and the self: What they say about us and society - GulfToday

Selfies and the self: What they say about us and society 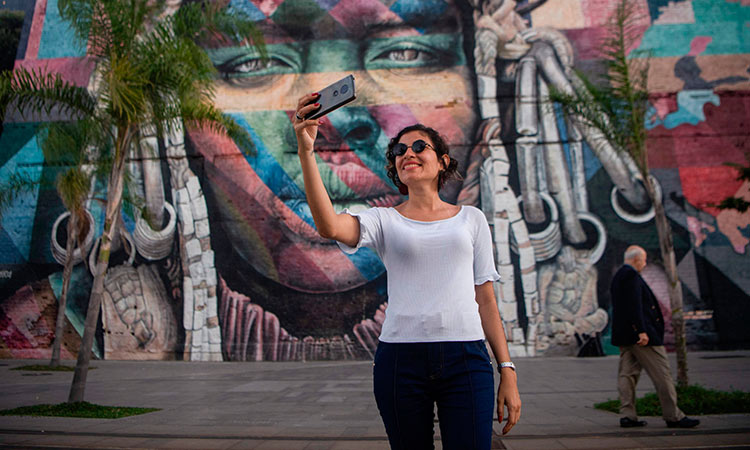 Alana Ancelmo, takes a selfie in front of the grafitti mural made by artist Kobra. File photo/AFP

The selfie craze speaks volumes about the era in which we live: how images race around the globe and can dominate public discourse, eliciting strong emotions and even blurring the lines of reality.

Sometimes, that can be a very toxic mix, experts say.

"We are truly in the age of the picture, of the fleeting image," said psychoanalyst, essayist and philosophy professor Elsa Godart.

"The selfie marks the arrival of a new sort of language that plays on the way we see ourselves, on our emotions."

Selfies are everywhere you look on social media.

"We are truly in the age of the picture, of the fleeting image.

Instagram, Snapchat, Facebook and Twitter are flooded with the knowing poses: a teenager with her kitten, a Chinese man in front of the Eiffel Tower, newlyweds at Disneyland, a fan with a movie star.

For Pauline Escande-Gauquie, an expert in the study of signs or symbols, "the goal is above all to create or strengthen one's links with a particular community — with your fans if you're a celebrity, or with everyday citizens if you are a politician."

Spectacular selfies allow a person to show off their best side because they are often staged in phenomenal settings.

A cyclist takes a celebratory selfie after making his way through a flooded street due to heavy rains in Rio de Janeiro Brazil.

A volunteer takes a "selfie" photograph in front of a set of Olympics Rings at the Olympics Park.

Selfies can become a powerful — and dangerous — addiction.

The selfie is designed to create a heightened memory of an experience: usually snapped from above, at flattering angles, with an interesting background, selfies allow the total control of one's image.

That overvaluation craves as many "likes" as possible — and can betray a self-centered me-me-me mentality.

From urban climbing to 'chinning'

Spectacular selfies allow a person to show off their best side because they are often staged in phenomenal settings.

For Godart, "this is high-risk behavior and gives the feeling of flirting with death." 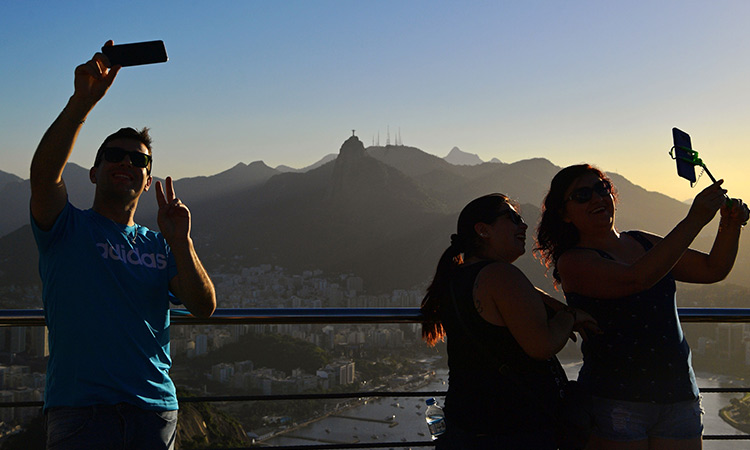 Even deeply depressed people are part of the selfie phenomenon, "which allows them to exist too," said Godart.

At the other end of the spectrum is the selfie that actually devalues the person taking it — a trend seducing more and more people, most of them young and scornful of societal ideals about beauty.

Selfies are also a tool for activists — environmentalists posting 'before' and 'after' pictures of beaches for clean-up campaigns or supporters of breastfeeding posing with a suckling infant.

Celebrities deploy the selfie to promote their business interests — every time Kim Kardashian poses nude for her 141 million Instagram followers, it makes headlines. 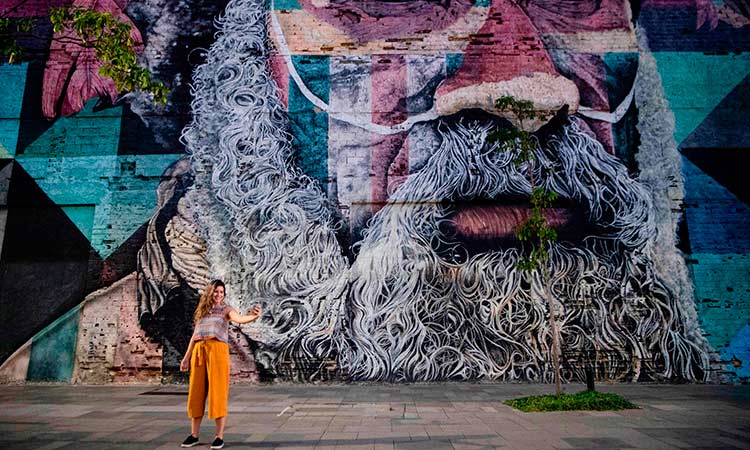 Gabriela Almeida, 26, takes a selfie in front of the grafitti mural.

Selfies snapped near the remains of relatives can challenge the concept of death — it's "a way of making a person who is no longer with us live again," said Godart.

"In the virtual world, there is no death."

"For some people, it can become compulsive, developing into a dependence on being seen by others."

Some apps allow selfie-takers striving towards some ideal of beauty to use filters that will eliminate wrinkles and refine features.

"It's a travesty," said Escande-Gauquie.

"If not dealt with in a playful manner, it can become something of a disease ... an identity dissonance that can be dangerous, especially for teenagers. 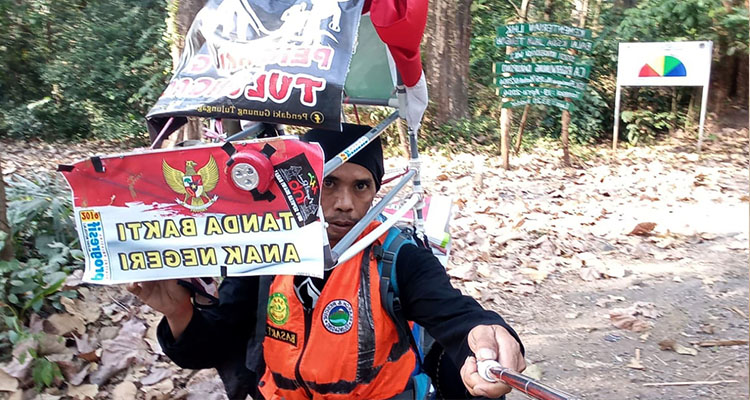 Indonesian man walking in reverse to save forests

An Indonesian man is walking 700 kilometres (435 miles) from his home on a volcano in East Java to Jakarta in the hope of drawing attention to the archipelago's quickly shrinking forests -- and he is doing it backwards.