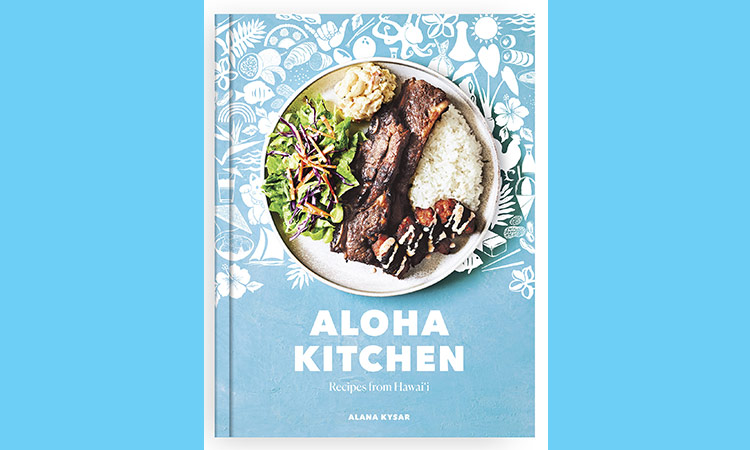 Food writer Alana Kysar is a native of Maui who now lives in Los Angeles. Her first cookbook, “Aloha Kitchen,” is a collection of recipes that demonstrates the melting pot nature of Hawaiian cuisine. There are dishes with origins in Japan, China, Portugal, the Philippines, Korea, Europe and mainland United States … along with true Hawaiian food.

Kysar likens that cultural mash-up to a really good plate lunch, which remains a popular tradition in Hawaii. She says the typical plate lunch consists of a protein, a carbohydrate (often brown or white rice), a “mayo-y” carbohydrate (potato salad or macaroni salad) and a vegetable (which can be a green salad or something pickled, like kimchi).

Her cookbook contains examples of all those components, including Teriaki Beef Sticks, Spam Fried Rice and Potato Mac Salad.

This easy recipe from the book is Kysar’s version of Huli Huli Chicken, which she says is a favorite menu item for summer fund-raising events on the islands. Kysar says “huli huli” translates to “turn, turn”; it’s a style of barbecue chicken that’s grilled and basted on a spit.

She cautions that the sweet marinade tends to burn a bit, so it’s best used on an outside grill rather than a grill pan on the stove.

In a large bowl, whisk together the ketchup, soy sauce, brown sugar, rice vinegar, ginger and garlic until well combined. Reserve 1/3 cup of the mixture for later. To the remaining mixture, add the chicken and stir to evenly coat it. You can transfer this mixture with the chicken to a gallon-size zip-top bag or simply cover the bowl with plastic wrap. Refrigerate overnight or for at least 8 hours, turning the chicken at least once.

After marinating the chicken, oil your grill grates well. Heat the grill to medium and grill the chicken for 5 to 7 minutes on each side until cooked through, basting it with the reserved marinade after you turn it.