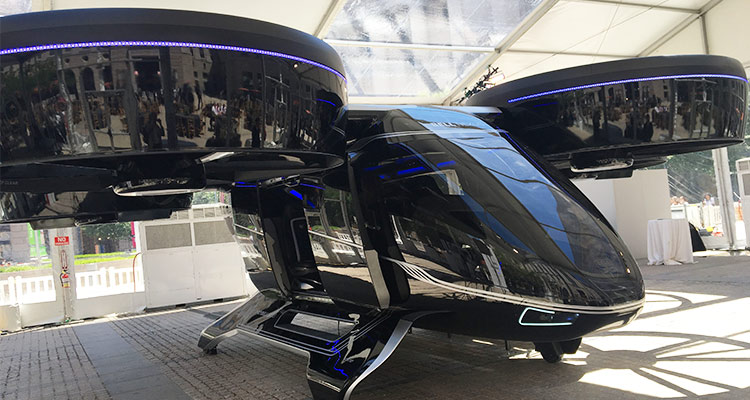 The Bell Nexus concept “flying car” is shown at the Uber Elevate summit in Washington, DC.

Melbourne was named the third official pilot city for Uber Air, joining Dallas and Los Angeles. Test flights are to start in 2020 with commercial operations planned for 2023.

The news came at the Uber Elevate Summit in Washington, where the California-based ride-hailing giant offered new details on its vision for flying taxis as a way to ease traffic congestion and improve urban mobility.

"Australian governments have adopted a forward-looking approach to ridesharing and future transport technology.

"This, coupled with Melbourne's unique demographic and geospatial factors, and culture of innovation and technology, makes Melbourne the perfect third launch city for Uber Air. We will see other Australian cities following soon after."

Since first announcing its plan for shared aerial transport, Uber has been adding new partners and details for the initiative.

This week, Uber announced it was adding new aircraft partners to the program, including Pennsylvania-based Jaunt Air Mobility, which will produce a rotor- and fixed-wing light aircraft. 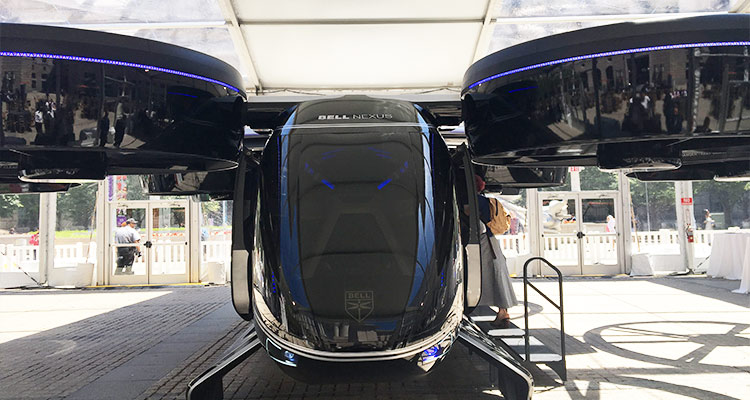 "Together with Safran Cabin, we've designed for the first time in history, a bespoke aircraft cabin that is truly mission-driven for aerial ridesharing on Uber Air," said John Badalamenti, Uber Elevate's head of design.

Uber also displayed the concept Bell Nexus flying quadcopter vehicle unveiled this year, expected to be part of the Uber fleet, and new designs for its "skyports" that will make up the network for the aircraft.

The Uber Air service is designed to work in tandem with Uber's car service as a "multimodal" option that helps speed passengers to their destinations.

The aerial option will be included on the Uber smartphone app that will include ground and air transportation and pool travelers into one aircraft.

Uber chief executive Dara Khosrowshahi said earlier Tuesday that the helicopters will eventually be replaced "by a generation of electrically powered vertical takeoff and landing vehicles." 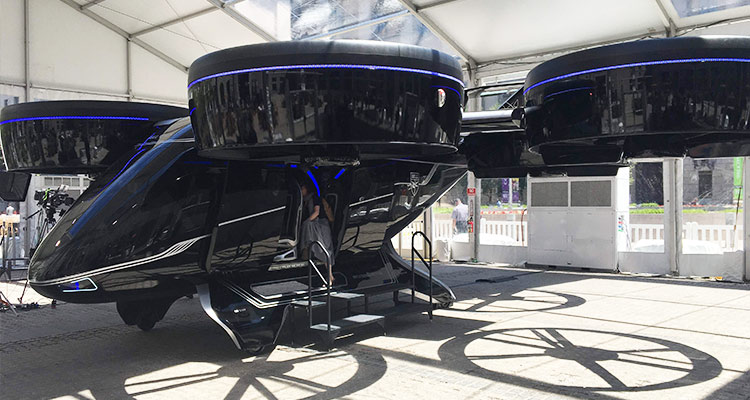 "We want to get the industry moving and designing these vehicles so that they can be available for urban transportation," he said in an on-stage interview sponsored by the Economic Club of Washington.

He added that "we want a pricing of this service that will be available for the masses versus just the elites."

Eric Allison, head of Uber Elevate, told the conference the electric aircraft are "surprisingly efficient" and similar in cost to the standard UberX car service.

"It will be something like $6 per seat mile," Allison said. "We think we can do better than the price of UberX."