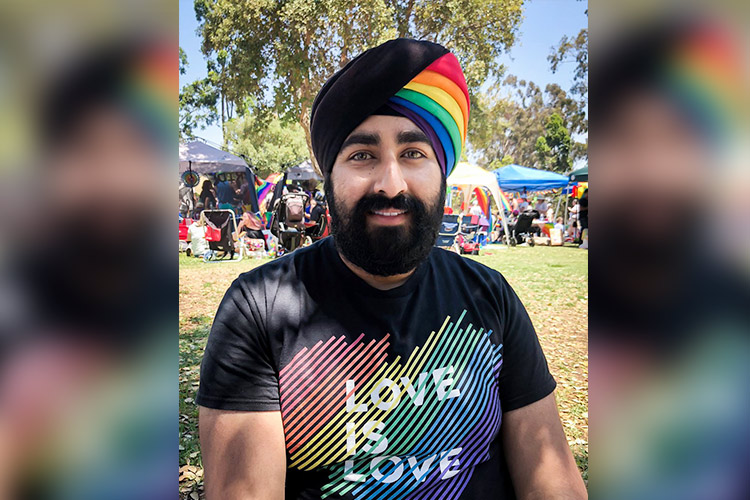 Jiwandeep Kohli, a San Diego-based neuroscientist who is bisexual and a Sikh, is ringing in this year's Pride Month with a rainbow turban that has gone viral on social media.

He shared an image of the elaborate creation on Twitter that has received nearly 150,628 likes and over 21,029 retweets as of Sunday.

Kohli, who was also a former contestant on "The Great American Baking Show", celebrated what makes him unique, reports The Huffington Post.

Complimenting Kohli, former US President Barack Obama tweeted on Tuesday: "You've got a lot to be proud of, Jiwandeep. Thanks for everything you do to make this country a little more equal. Turban looks great, by the way. Happy Pride Month, everybody!"

"I feel fortunate to be able to express all these aspects of my identity and will continue to work towards ensuring the same freedom for others."

Pride Month kicked off on June 1 and honours the LGBTQ community while commemorating New York's Stonewall riots in June 1969 that signalled a turning point in the movement for equal rights.

In an interview to Buzzfeed News, Kohli said: "A few years ago I saw a photo of another Sikh man at a Pride parade who had a few colours in his turban.

"I was looking at that and I realised the way I tie mine, it had the exact right number of layers to make a rainbow."

He wore his rainbow turban to the San Diego Pride last year, but reshared it on Twitter for this year's Pride Month.

There were a few people asking where they can get their own rainbow turban. Kohli in response, said he wanted them to know that turbans were a responsibility for Sikhs and it's not the same as throwing on a rainbow hat.

"I wouldn't want people to have the impression that I'm just wearing it as an accessory," he said. "A turban is a sign to the world that you're a person the world can turn to for help."

Kohli also runs a website called "Bearded Baker Co", where he showcases his culinary prowess along with recipes for those who want to give his food a try.