You can have your plate and eat it too, says Polish inventor - GulfToday 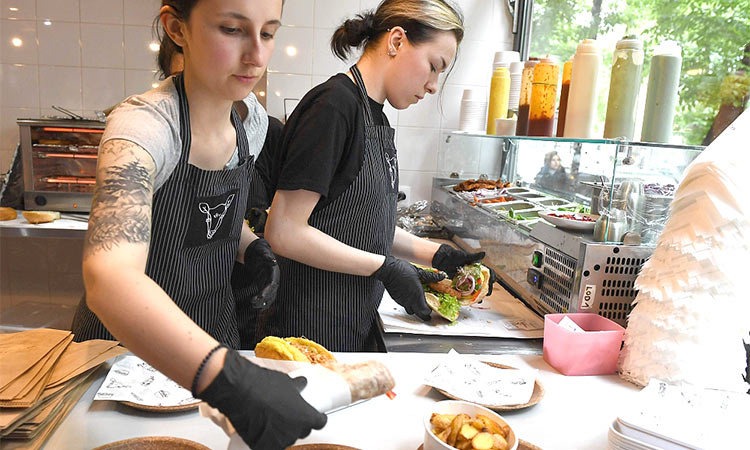 Women working in one of Warsaw's vegan restaurants serve meals on wheat bran plates produced at the Biotrem factory in Poland on Friday. AFP

Polish inventor and entrepreneur Jerzy Wysocki catches a brown plate — still warm — as it drops out of a machine and he begins to eat the crunchy, fibrous tableware.

"A meat chop will always be more delicious on this wheat bran plate than on plastic," says Wysocki with a big grin at the Biotrem factory in Zambrow in northeast Poland. 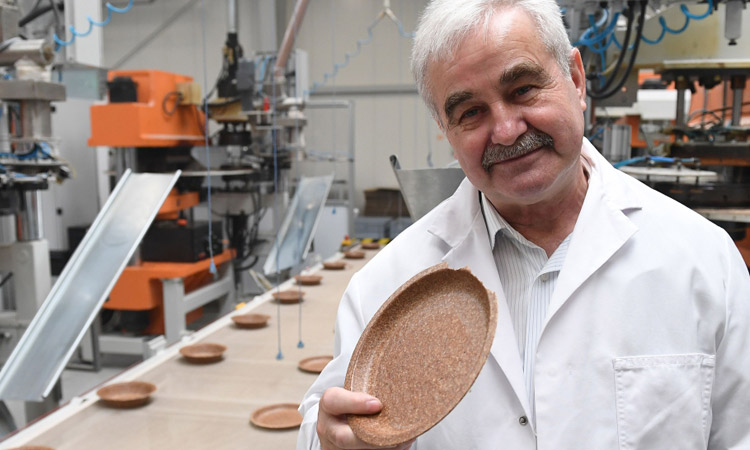 The sexagenarian invented the plate some 15 years ago, and today Biotrem makes around 15 million of them a year.

That figure could soon skyrocket thanks to a decision by the European Union to ban plastic plates and cutlery starting in 2021.

A son and grandson of millers, Wysocki got the idea for the tableware when he was looking to use up the leftovers of flour production, which take up a lot of space.

But he says he is also driven by the desire to help a good cause, "because the amount of rubbish that pollutes oceans is huge and frightening."

"To make the plates, we only use wheat bran, which we compress at a precise pressure point and temperature, using a machine made specifically for that purpose," he explains.

Biotrem CEO Malgorzata Then acknowledges, of course, that at 15 euro cents (17 US cents) a pop or 20 per cent more for exports, wheat bran plates are more expensive than their plastic counterparts. But "the current price of plastic doesn't factor in the environmental cost, that of recycling and marine pollution," she adds.

At first, the company targeted clients who were environmentally inclined as well as restaurants and hotels that wanted to offer something original.

"Now, with the measures taken by the EU, even clients who are uninformed about the environment are forced to take an interest in biodegradable products," Then said. 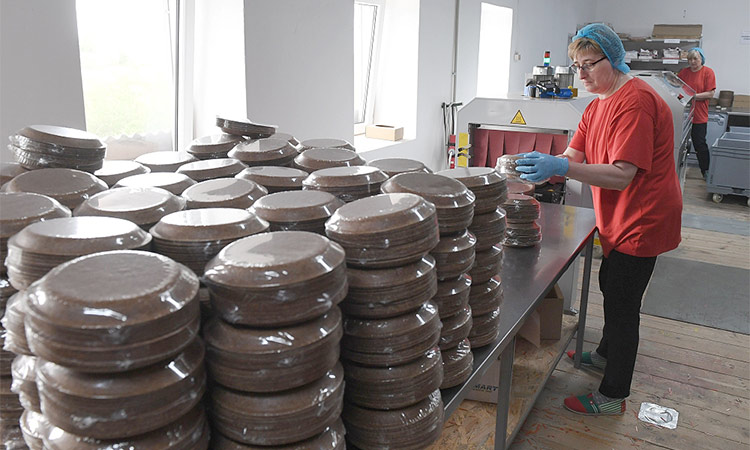 Biotrem distributes the plates in Europe, Asia, North America and Australia. The client Down Under had asked that they check whether earthworms would like the taste — they do.

"These aren't huge amounts, but they're enough for us to be optimistic about the future," Wysocki says.

The rosy outlook is backed by the prospect of greater output leading to a drop in the price. Also, it should be possible to harness the same technology to make plates out of corn, barley, oats, cassava and even algae.

"With cassava, the first tests turned out really well and we already have a small group of interested clients," Wysocki adds.

Biotrem is hoping to expand its offer to edible boxes for takeaway meals and catering. The research is already at a fairly advanced stage: the only thing left to do is to make the boxes more resistant to liquid and heat.

You do not have to eat the plate or its packaging to be a friend of the environment. In favourable weather conditions, with a little humidity, wheat bran products decompose after a month, or even after two weeks if there is rain. 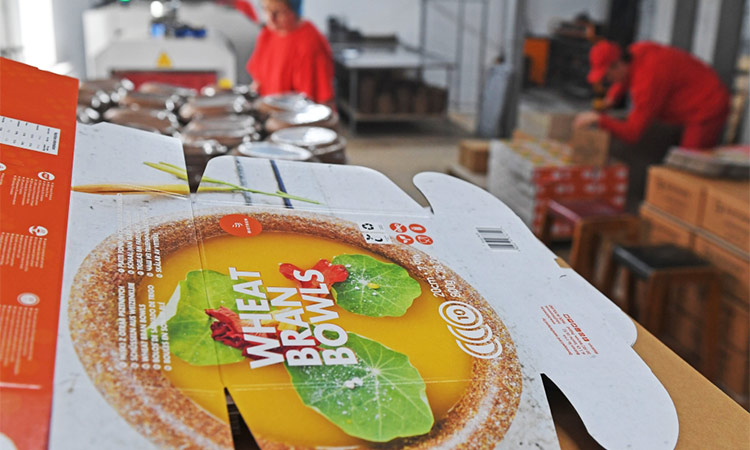 The Biotrem crew are not the only ones in Poland stepping up to the front line of the war on plastic.

Researchers in the chemistry department of the Gdansk University of Technology have developed a way to make biodegradable cutlery out of potato starch.

The forks, spoons and knives are even safe for sea creatures to eat.

"We are the only ones so far to have tested the biodegradability of our products on living aquatic organisms and it looks like this cutlery is safe for the environment," professor Helena Janik told AFP.

According to Robert Bajko, who sells the university's innovations to entrepreneurs, the cutlery does not require any complex technology or a huge investment.

Anyone in the plastic industry can get started "overnight," he enthuses. 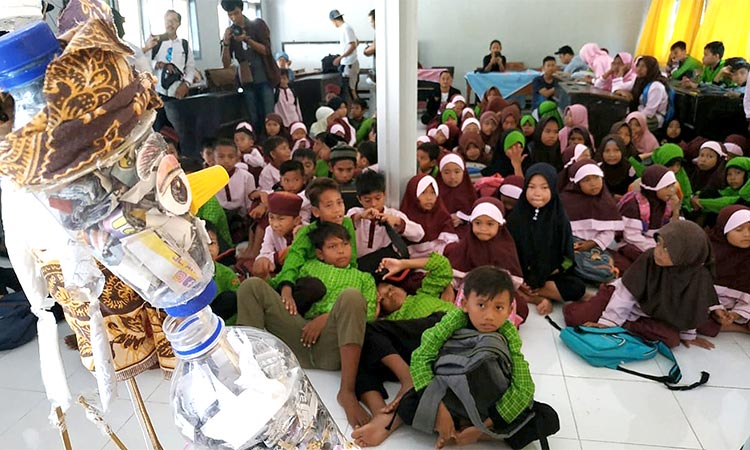 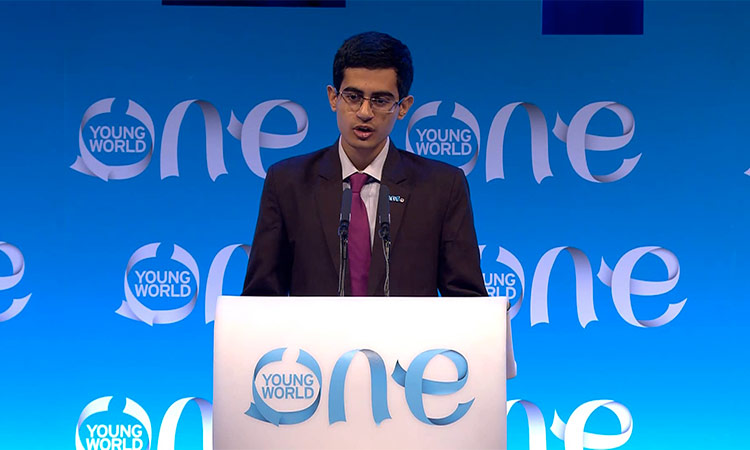 Young voices resonate for a One Young World