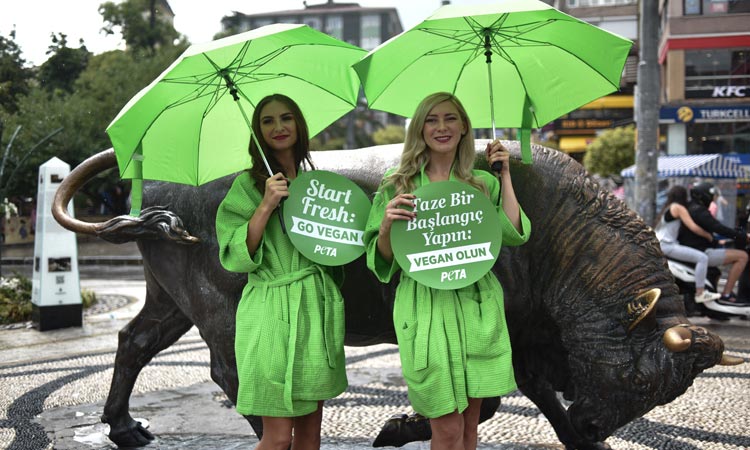 Health fads come and go, but the one that has stuck around for decades and continues to grow in popularity is the vegan diet.

First, let’s get started by demystifying the term ‘vegan’ that gets largely thrown around without proper understanding of the concept.

So in theory, veganism is more than just omitting certain foods from your diet.

It is a discipline that strives to avoid exploiting innocent creatures as much as possible and has compassion for the environment and animal kingdom at its centre.

However, apart from ethical reasons, individuals may choose to go vegan for health or environmental reasons as well, or a combination of the three.

With the number of subscribers to veganism growing, the prevalence of vegan food products, restaurants established on vegan ideals, fashion merchandise, make-up and medicines manufactured ethically, is rising to meet growing demands.

Hence, leading a vegan life in today’s times is not as far-fetched as it may have seemed, say in the 90s. 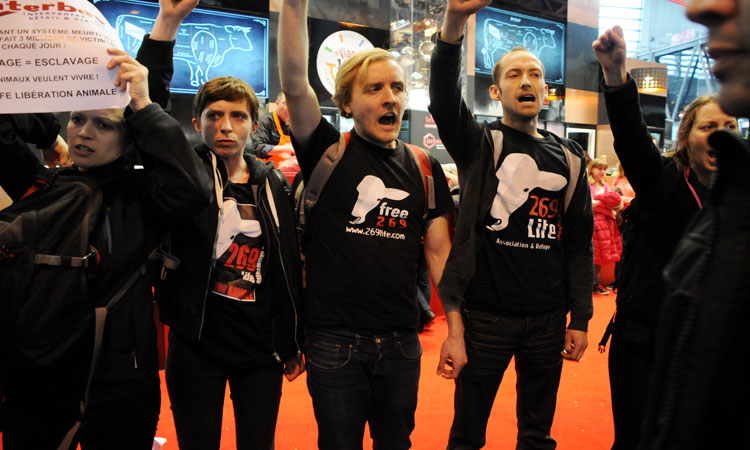 Apart from ethical reasons, individuals may choose to go vegan for health or environmental reasons as well. Alain Apaydin/TNS

Does following a vegan diet rob you of valuable nutrients?

One pertinent question on the minds of those wary of this type of diet or perhaps those deliberating joining the vegan tribe is, does abstaining from animal-based products leave a big void in our nutritional requirements?

As per Abeer Majed Al Kusayer, a nutritionist and dietician at Al Qassimi Hospital in Sharjah, vegans can lead a perfectly healthy lifestyle as there are a number of nutrient sources in the plant world.

“We can get all of the protein we need from plants. So the choice is yours,” Al Kusayer opines.

What are the food options available for vegans?

But, you may wonder, vegans probably have a difficult time eating out in the UAE? That’s not the case, fortunately.

Our region boasts a number of restaurants catering to a vegan clientele.

Case in point is Fuchsia Urban Thai. It has a staple Very Vegan Menu that comes with as many as 16 offerings to cater to the vegan market with dishes such as Corn Fritters, Wok Fried Quinoa and No Chicken Cashew Nut Stir Fry to name a few. 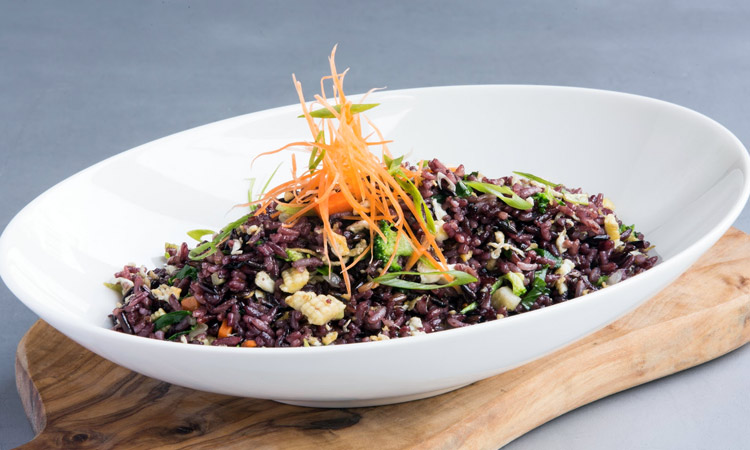 Fuchsia Urban Thai has a dedicated vegan menu consisting of dishes such as Spicy Fried Brown Rice (above) and Wok Fried Quinoa to name a few.

Popular Pan Asian restaurant NARA in JLT too has jumped on the vegan bandwagon, in part due to its owners own allegiance to vegan and vegetarian nosh.

The dishes (Kung Pao Lentils, Crispy Asparagus and Crystal Vegetable Dumplings) that find place on their vegan menu are a spin and upgrade on the restaurant’s classic favourites.

Taking things up a notch higher is the café Common Grounds, which serves up healthy, innovative and wholesome vegan dishes full of goodness. 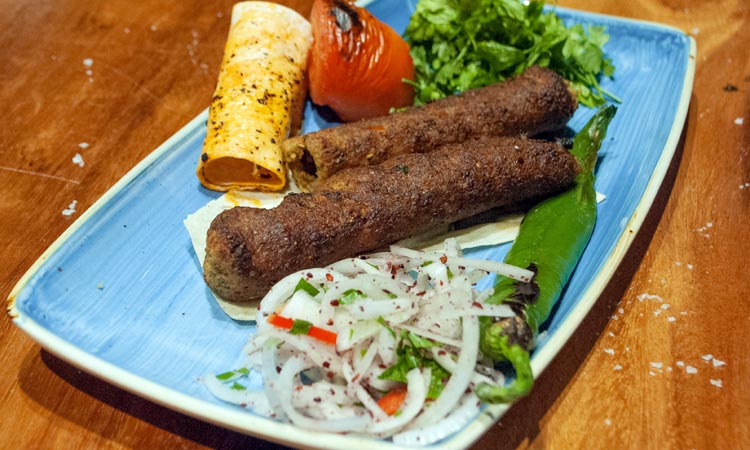 Their lettuce wrap is another vegan fan winner.

Moulded together with chickpeas, bulgur, onion, eggplant and capsicum, vegans can sink their teeth into them without a grain of guilt.

And it’s not just savoury food that’s given the vegan treatment. The Coffee Club, which has a wide presence in the UAE, boasts a pure, plant-based creation — the Vegan Chia Pot. 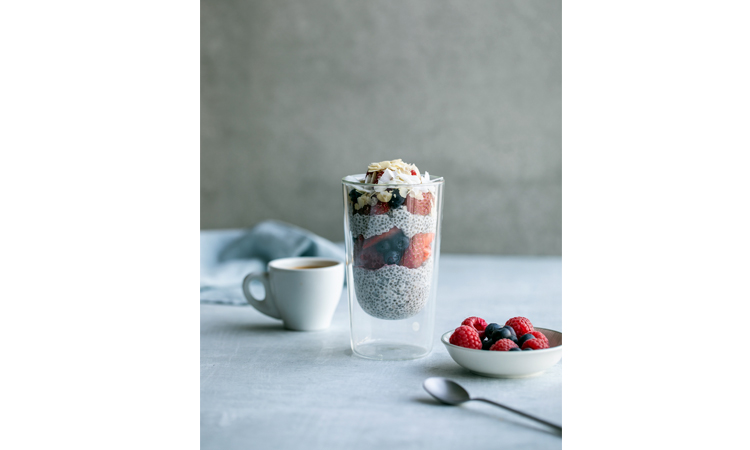 It is a blend of almond milk and coconut cream infused chia seeds, with layers of fresh berries that come topped with sliced almonds and coconut chips.

Whoever said vegan grub was boring?

Plant-based foods such as oatmeal, seeds and nuts contain high amounts of nutrients and thus work as ideal substitutes for meat and dairy. E. Jason Wambsgans/TNS

You can find plenty of vegan dishes such as Crispy Asparagus at pan-Asian restaurant NARA in JLT.

The Vegan Rainbow Sushi Roll from Common Grounds is composed of tamari and togarashi marinated watermelon, sticky rice, avocado and other healthy components.

Celebrities who swear by veganism

Making the switch to veganism is a major lifestyle choice, one that many claim can improve energy levels, lower the risk of cardiovascular disease and clear up any skin issues.

While motivations range from ethical to environmental, see which celebrities have jumped on the vegan bandwagon.

The pop singer is a passionate animal rights advocate, telling Vanity Fair in 2019 that her diet also reflects her fashion choices: "I’m challenging the system more than ever.

"Choosing to live as a sustainable vegan activist means wearing more vintage (less waste; loving pieces for longer), playing with the newest eco-materials and technology, and making custom vegan pieces with some of my favourite designers."

The actor decided to go vegan eight years ago after learning more about the environmental consequences of eating animal products.

Speaking at an Environmental Media Awards benefit, 2017, she said: "Factory farming is responsible for most of the air, water, and land pollution — that disproportionately affects our poor communities as well."

We can get all of the protein we need from plants. So the choice is yours.

While she chooses to refer to herself as plant-based as opposed to vegan, the Halo singer underwent a 22-day vegan challenge with husband Jay-Z in 2013 and is believed to have maintained the diet ever since.

The Dangerous Woman singer announced she was going vegan in November 2018. Speaking to The Daily Mirror in a recent interview, she explained: "A lot of the meat that people eat has been genetically modified, or if it hasn’t then the food the animal’s been fed has been. That’s tough for a human being to process, so cutting it out made me feel immediately better and stronger than ever." 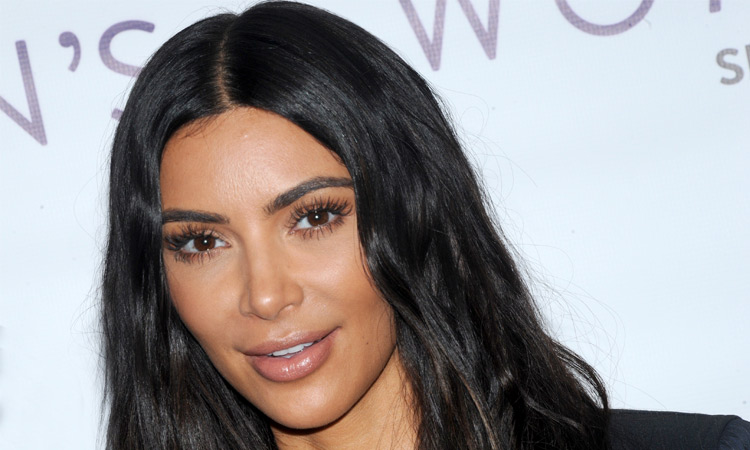 Reality TV star Kim Kardashian West revealed that she has started eating a plant-based diet on Instagram in April 2019.

The former heavyweight boxing champion revealed he had become vegan in 2010. "I wish I was born this way," he told Fox News in 2011. "When you find out about the processed stuff you have been eating. I wonder why I was crazy all those years."

Reality star Kim Kardashian West revealed that she has started eating a plant-based diet on Instagram in April 2019. Sharing two photographs of vegan dishes on her Instagram story, the 38-year-old wrote: “I am eating all plant-based when I am at home.” 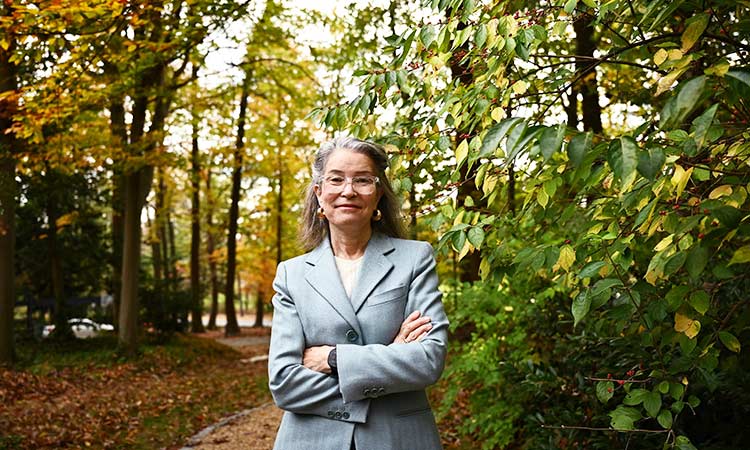