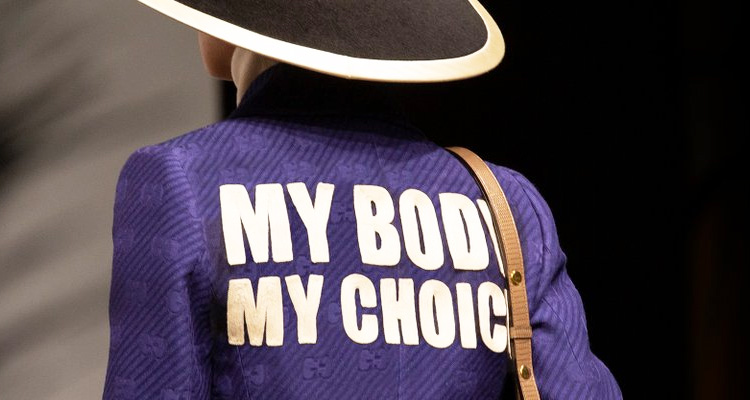 The collection featured a purple jacket with the slogan "My Body, My Choice" on the back.

Gucci creative director Alessandro Michele has made a clear abortion rights message in his latest Cruise collection, as the debate over abortion heats up once again in the United States.

The collection, shown to a VIP crowd Tuesday evening in Rome's Capitoline Museum, featured a purple jacket with the slogan "My Body, My Choice" on the back, and a sweater emblazoned with the date "May 22, 1978," marking the day that abortion became legal in Italy. A belted gown was embroidered with a flowering uterus.

Michele said new restrictions on abortion in the United States "made me consider how much women should be highly respected."

A recording of his remarks was made available to The Associated Press.

"I wanted to portray the idea that to interrupt a pregnancy does not wipe out the garden, the flower, that is the uterus of every woman," he said.

The designer chose the Capitoline Museums overlooking the Roman Forum in his native Rome as the backdrop for the 2020 Gucci Cruise collection, continuing his dialogue with old-world sites. Gucci Cruise invited the fashion world for its last two editions to the Palatine Gallery at Pitti Palace and the Promenade Des Alyscamps in Arles, France.

A belted gown was embroidered with a flowering uterus.

A sweater emblazoned with the date "May 22, 1978," marking the day that abortion became legal in Italy.

There were Renaissance-style gowns along with draped head-coverings.

Gucci is coming off the success of the Met Gala it helped host.

The collection presented to a fashion crowd that included such icons as Elton John and Naomi Campbell kept up Michele's exploration of the relationship between the old and the new.

He imagined the show as a bacchanal under the streets of London - that is to say, a place where anything goes. Models strode past the ancient statuary under roaming spot and flashlights. The show opened with a long black skirt and belted top worn with a dramatic, crystal-accented headdress, followed by a red-headed model wearing a quiet pink toga.

There were Renaissance-style gowns along with draped head-coverings contrasting with prim, plaid wool A-line coats worn with a skewed beret. In one apt juxtaposition, a scantily clad model in a lacy slip dress and flapper hat was followed by a robed figure with a lace judge's collar. 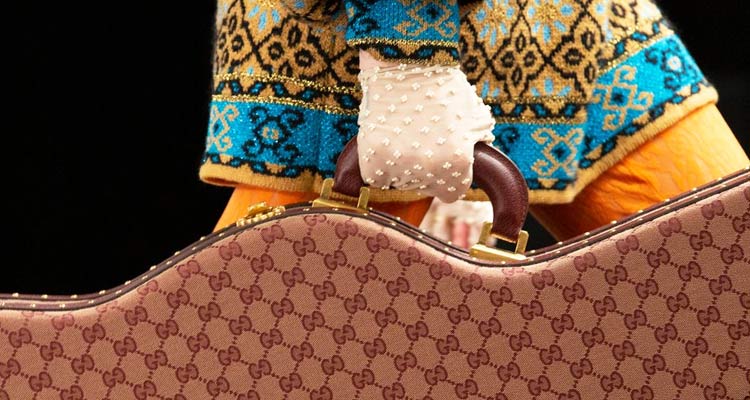 The collection included a Gucci-branded guitar case carried by a pearl-gloved model.

In a nod to his popularity with rock stars, notably Florence Welch, the collection included a Gucci-branded guitar case carried by a pearl-gloved model. Looks were accented with sculptural jewelry featuring Roman gods and wing-shaped sunglasses.

Gucci is coming off the success of the Met Gala it helped host, dedicated to its current fascination with camp. But the storied fashion house also has come under fire for garments considered culturally insensitive, including a turban criticized by Sikhs in the United States. The brand apologized in February for a balaclava sweater that evoked blackface for many. 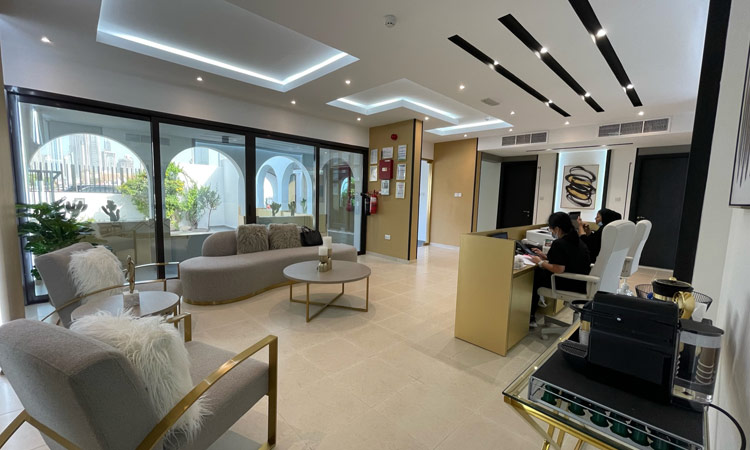