German woman with 1,800 cows allowed to stay in India - GulfToday

German woman with 1,800 cows allowed to stay in India 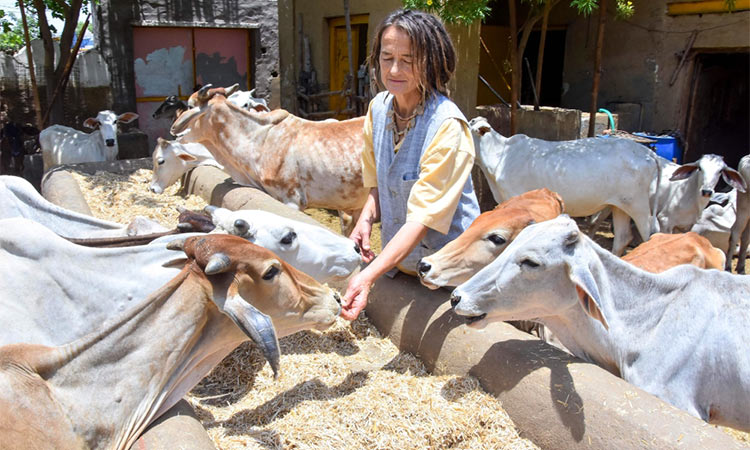 Friederike Irina Bruening touches a cow's nose at the cowshed at Radhakund village in Mathura district of Uttar Pradesh state on Monday. AFP

It's a long way from Berlin to India, where Friederike Irina Bruening devotes her life to sick and abandoned cows. Now, after intervention from the Hindu nationalist government, she has been allowed to stay.

"Currently we have around 1,800 cows," Bruening told AFP from outside the holy city of Mathura in northern India where she keeps the animals. "Between five and 15 are brought in every day."

Bruening, 61, had threatened last week to return a top civilian award for cow protection that she won — the Padma Shri award — after her request for a visa extension was denied.

This prompted Foreign Minister Sushma Swaraj to take to Twitter and announce she had "asked for a report," and on Monday Bruening said she had been issued with a new visa allowing her to remain in India. 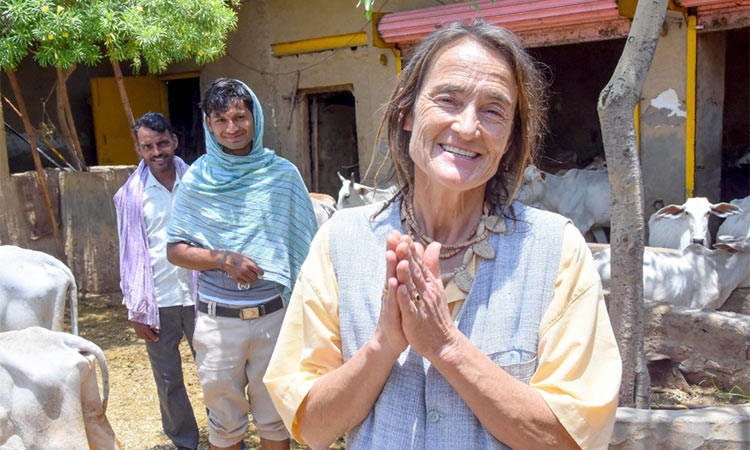 Friederike Irina Bruening gestures as Indian workers look on at the cowshed at Radhakund village on Monday. AFP

Many of the cows that arrive are blind or have been injured in road accidents, while others are sick from eating the vast amounts of plastic waste littering India. Around half of the new arrivals die.

Since coming to power in 2014 one of the signature policies of Prime Minister Narendra Modi, newly re-elected, has been the protection of cows, which for many Hindus are sacred. 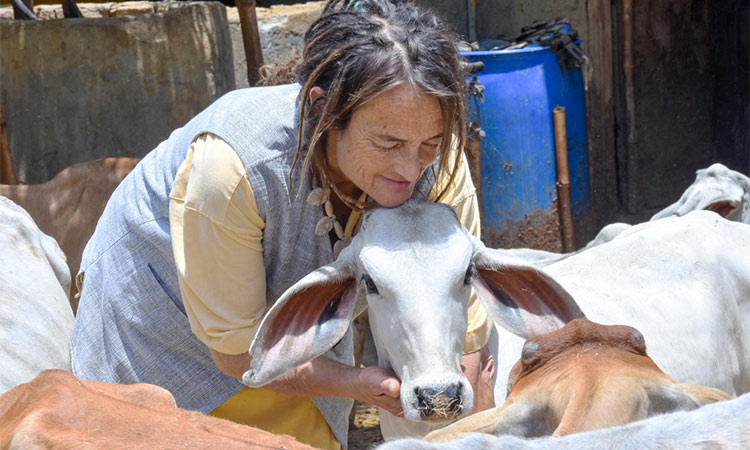 Friederike Irina Bruening embraces a cow at the cowshed at Radhakund village on Monday. AFP

Laws against the slaughter and consumption of beef have been strengthened, and lynchings of Muslims and low-caste Dalits — who have traditionally been involved in the sector — have risen.

This has prompted many people to abandon old and infirm cows instead of selling them for slaughter, resulting in more of the animals on the loose, including in cities like Delhi where they are a common sight.

But Bruening, who has become a Hindu and is known as Sudevi Dasi, said that allowing the slaughter of old or sick cows is not the answer.

"Killing a cow is the worse thing you can do," she said.