Carbs: How low can we go? - GulfToday

Carbs: How low can we go? 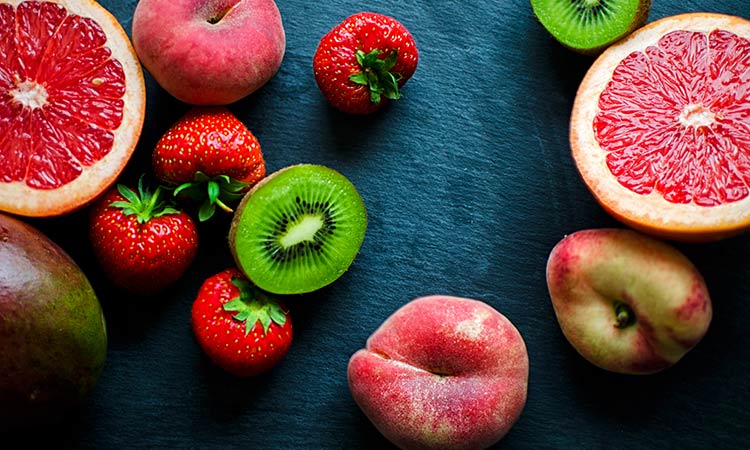 Carbohydrates are sugars and starches that occur naturally in plants. TNS

“Fruit has carbs? I had no idea,” a stunned patient told me recently.

She’s not the only one who doesn’t have a complete understanding of carbohydrates — the focus of our current craze for low carb foods.

I find that many people who say they “don’t eat carbs” may not really understand what a carb is…and isn’t.

Simply put, carbohydrates are sugars and starches that occur naturally in plants. Carbs are also a natural ingredient in milk as lactose, or milk sugar — the first sweet that babies taste.

Plants convert energy from the sun into sugars (such as fructose in fruit) and starches in grains and beans. Thus, most of the calories in plant foods come from carbohydrates. And we get plenty of added carbs in sweets and treats made with honey, syrups and refined beet and cane sugars.

Carbohydrates are not the boogey man. In fact, they are the most efficient source of energy for muscle, brain and nerve cells.

That’s why current dietary guidelines recommend 45% to 65% of our daily calories come from carbs. Athletes, who need higher amounts of readily available fuel for their hard working muscles, generally ingest carbs at the higher end of this scale.

People with diabetes, who need to avoid excessive amounts of carbs, are often at the lower end.

There is a difference, however, between a low carb diet and a VERY low carb diet. Many of the popular low carb plans allow just 10 to 20% of daily calories from foods such as fruit, grains, vegetables and milk. By default, that means the highest proportion of calories with these diets come from protein or fat.

Our view on extremely low carbohydrate diets is still evolving. Although they are often deficient in major nutrients such as dietary fiber, calcium and vitamin C, many people love these diets.

By virtue of their high protein and fat content, they keep hunger at bay which helps with weight loss. Many studies also report that low carb diets can effectively lower blood sugars and improve other health parameters.

Nutrition-wise, somewhere between the two extremes of very low to very high carbohydrate diets, is where most of us would probably do best.

Moderate amounts of carbs with our meals assures a better balance of nutrients and an adequate supply of dietary fiber — a non-digestible carbohydrate used by the body to feed the healthful bacteria in our guts.

Studies have found that as few as 70 and up to as many as 265 grams of carbs a day can accomplish similar health goals — if we pay attention to the quality of the foods we choose.