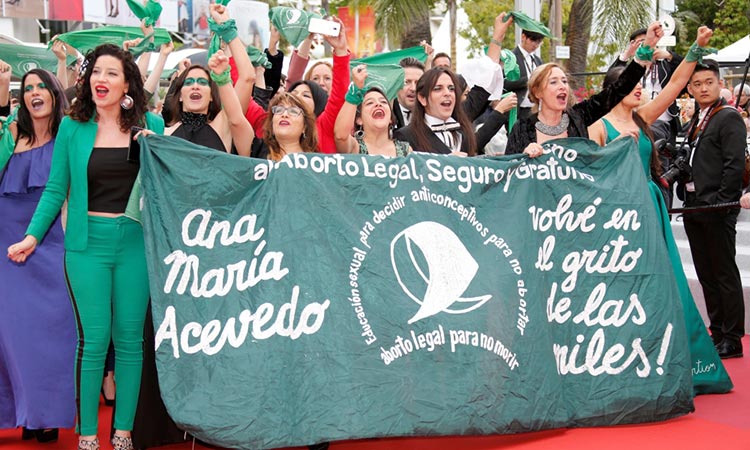 Film crew with green handkerchiefs demonstrate against the rejection of the law legalising abortion in Argentina on Saturday. Jean-Paul Pelissier / Reuters

Waving green scarves and chanting "solidarity for women", an Argentine film crew and several dozen campaigners turned the Cannes red carpet into a protest on Saturday as they showcased a documentary looking at the highly-charged issue of abortion.

Unveiled during the cinema festival on the French Riviera, "Que Sea Ley," which translates as "Let It Be Law," follows the battle to pass a bill legalising abortion in Argentina, where terminations are currently only permitted in cases of rape, or if the mother's health is at risk. 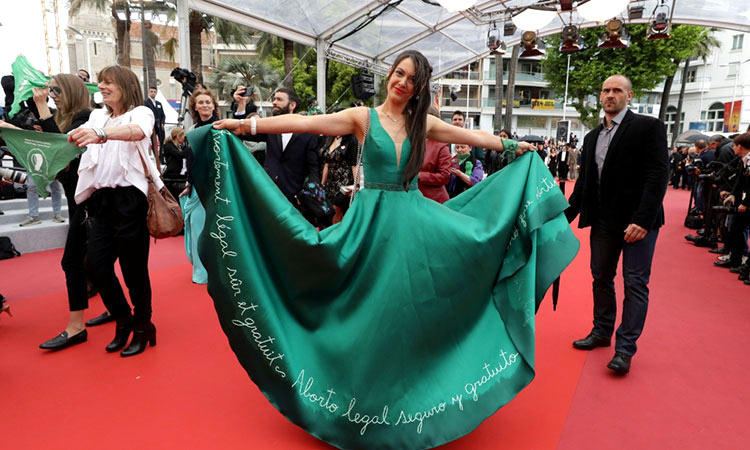 The bill gained widespread support but was rejected by the South American country's Senate last year, and the issue has sparked mass protests by people on both sides of the debate.

After inviting several campaigners for legalised abortion to the premiere, the documentary's director Juan Solanas walked the red carpet alongside women waving scarves, with some even decked out in green gowns and make-up. 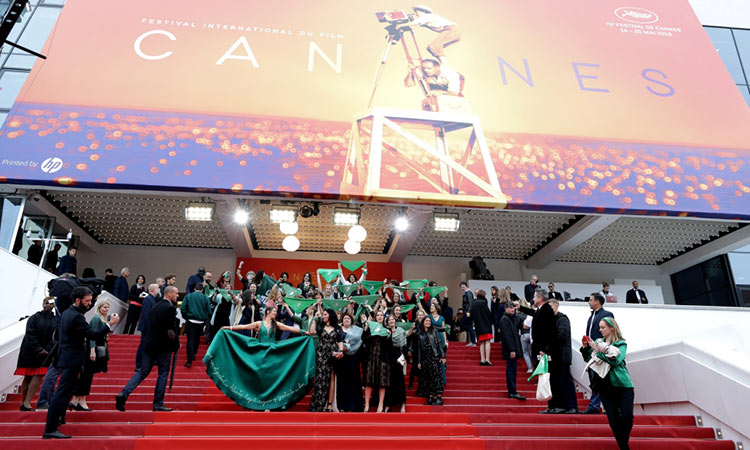 The film's Cannes screening coincides with a fresh round of debate in the United States, where Alabama's governor this week signed a bill to ban nearly all abortions, even in cases of rape and incest.

Solanas, the son of renowned Argentine filmmaker Fernando "Pino" Solanas, told Reuters ahead of Saturday's premiere that he was firmly on one side of the debate.

He admitted his biggest challenge was balancing points of view from both sides.

"It makes me ashamed that the law does not exist," he said. 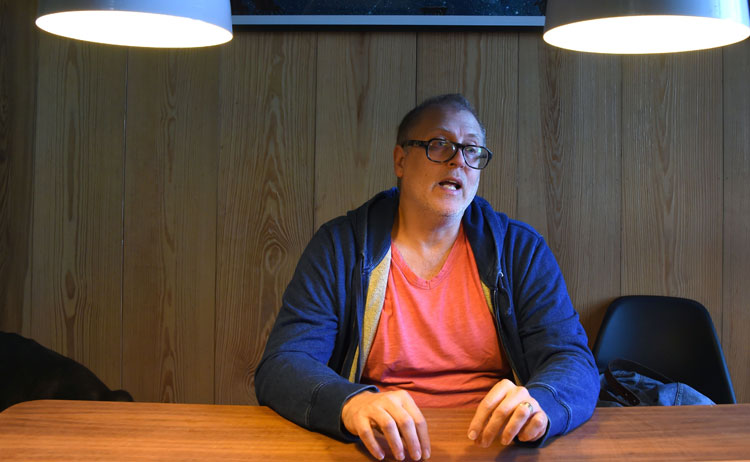