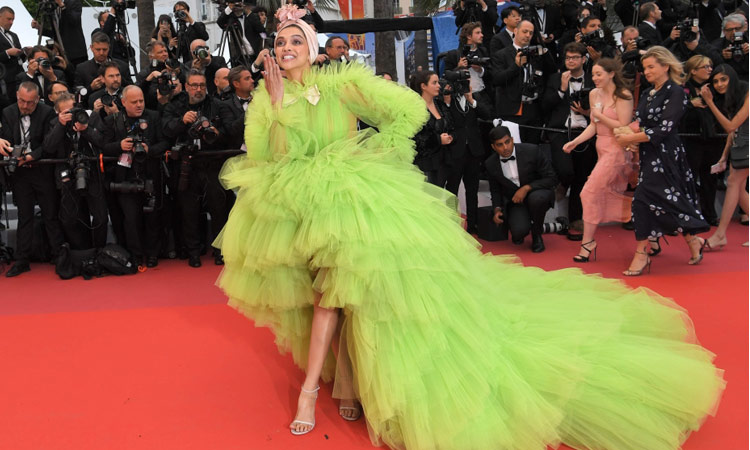 Deepika Padukone arrives for the screening of 'Dolor Y Gloria (Pain and Glory)' at the 72nd edition of the Cannes Film Festival on Friday. Loic Venance / Reuters

Bollywood actress Deepika Padukone went as dramatic as it could get for her red carpet appearance at the 72nd Cannes Film Festival, where she wore a cream dress with a gigantic bow taking most of the attention away from her striking make-up and unique hairdo.

Deepika, to represent a cosmetics brand, wore a creation by designer Peter Dundas for the event. The cream gown had a front slit, a plunging neckline, exaggerated sleeves and a bow. 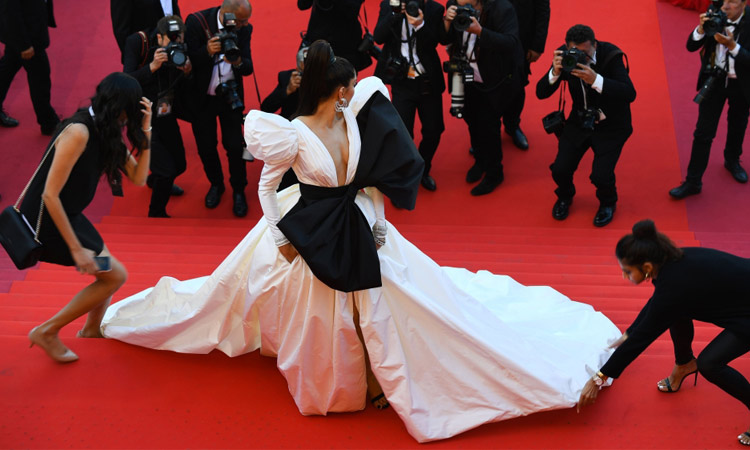 Deepika Padukone poses as she arrives for the screening of the film 'Rocketman' in Cannes on Thursday. AFP

She looked fresh and wore her confidence on her sleeve as her face showed no sign of fatigue even though she got ready amid a tight schedule, and her husband, actor Ranveer Singh paid a compliment as always. 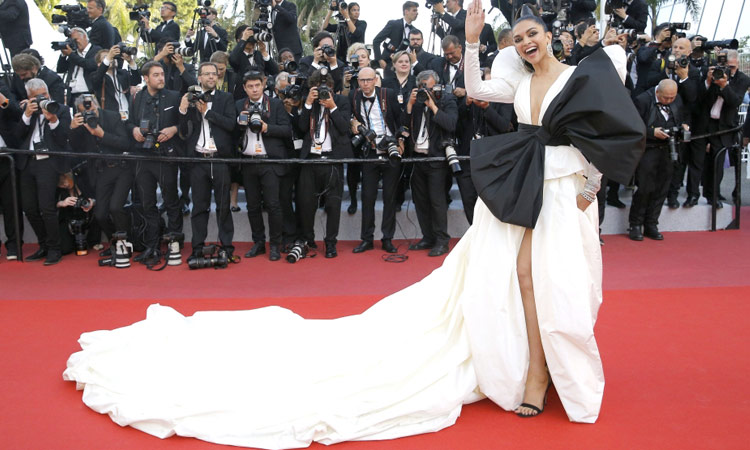 Deepika Padukone poses as she arrives for the screening of the film 'Rocketman' in Cannes. Reuters

After landing in the city on Thursday, Deepika had posted an Instagram video, sharing: "We have just landed. We have to settle in because we don't have much time. As soon as we get into hotel, we have to start with hair and make-up and literally a five minute fitting. Let's go."

Clearly, she surprised fans with her choice of outfit.