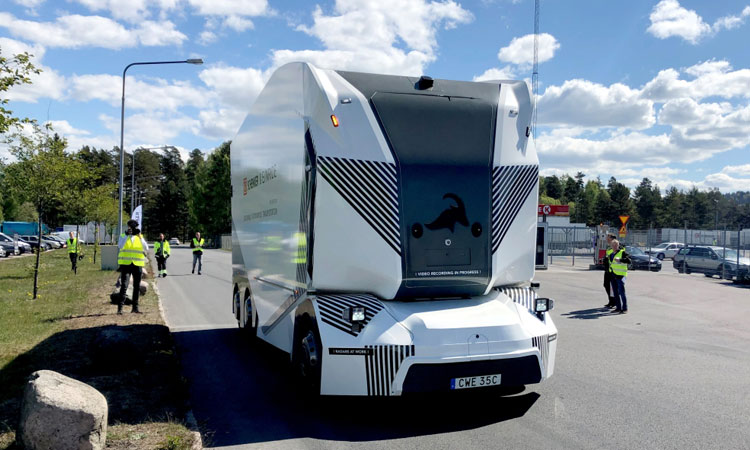 Resembling the helmet of a Star Wars stormtrooper, a driverless electric truck began daily freight deliveries on a public road in Sweden, in what developer Einride and logistics customer DB Schenker described as a world first.

Robert Falck, the CEO of Swedish start-up Einride, said the company was in partnership talks with major suppliers to help scale production and deliver orders, and the firm did not rule out future tie-ups with large truckmakers.

"Since we're a software and operational first company, a partnership with a manufacturing company is something that we see as a core moving forward," he said, adding he hoped to seal a deal by next year. 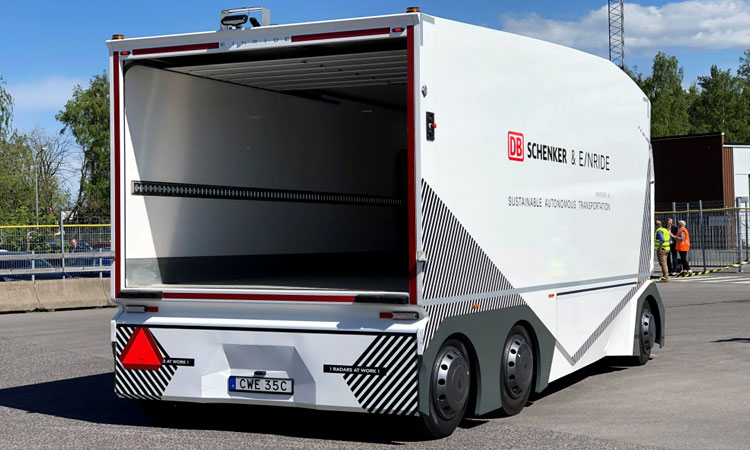 Auto alliances are on the rise to share the cost of electric and autonomous technology. Ford has vowed to invest $500 million in US electric utility truck startup Rivian.

Einride's T-Pod is 26 tonnes when full and does not have a driver cabin, which it estimates reduces road freight operating costs by around 60 percent versus a diesel truck with a driver.

Besides Schenker, Einride has orders from German grocer Lidl, Swedish delivery company Svenska Retursystem and five Fortune 500 retail companies, underpinning its ambition to have 200 vehicles in operation by the end of 2020.

Freight operators are under pressure to reduce delivery times, cut emissions and face a growing shortage of drivers.

"We believe that Einride is the best concept out there for now," he said.

The T-Pod is level 4 autonomous, the second highest category, and uses a Nvidia Drive platform to process visual data in real time. An operator, sitting miles away, can supervise and control up to 10 vehicles at once.

Thewes said the rollout of 5G technology, vital for electrification, was lagging. For Schenker's pilot with Einride, Ericsson and Telia had to construct two new towers.

The T-Pod has permission to make short trips - between a warehouse and a terminal - on a public road in an industrial area in Jonkoping, central Sweden, at up to 5 km/hr, documents from the transport authority show.

Falck said Einride would apply next year for more public route permits and was planning to expand in the United States.

How to pick the best apps for your kids

Choosing quality apps for children makes their screen time worthwhile. In order to make the best selection, we have listed a few guidelines you can follow.