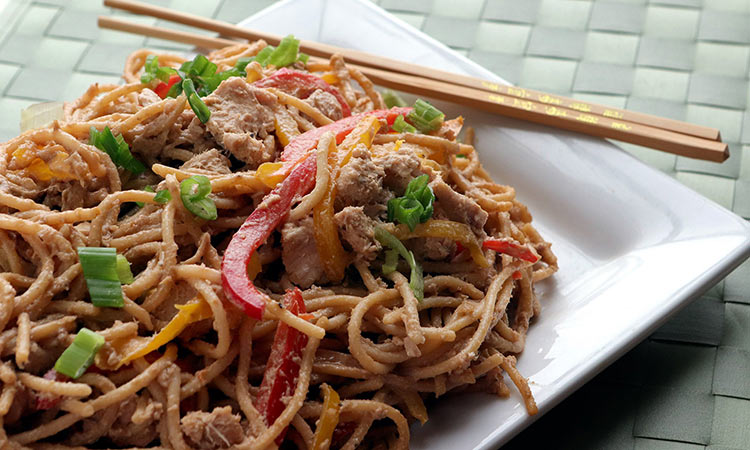 If there is a single food that speaks to how we Americans eat in the early 21st century, it is rotisserie chicken.

It’s convenient. It’s delicious. It’s surprisingly inexpensive. It’s absolutely packed full of sodium. And it is an excellent way of putting a hot meal on the table without having to do any additional cooking.

With so much work done before you start, it barely feels like cooking. But it tastes almost as good as if you had done all the prep work yourself.

Still, it is not entirely work-free. For the filling, I sautéed the frozen mixed vegetables with some chopped onion and then added a combination of chicken broth, milk and a dash of sherry, thickened with flour.

3. Bring a large pot of water to a boil, and cook the spaghetti al dente. Drain the pasta in a colander, place it in a large bowl, and while still warm, toss with the chicken and 3/4 of the sauce. Add the red and yellow bell peppers and scallions; toss well. Serve warm or at room temperature. The remaining sauce may be added, as needed, to moisten the pasta.