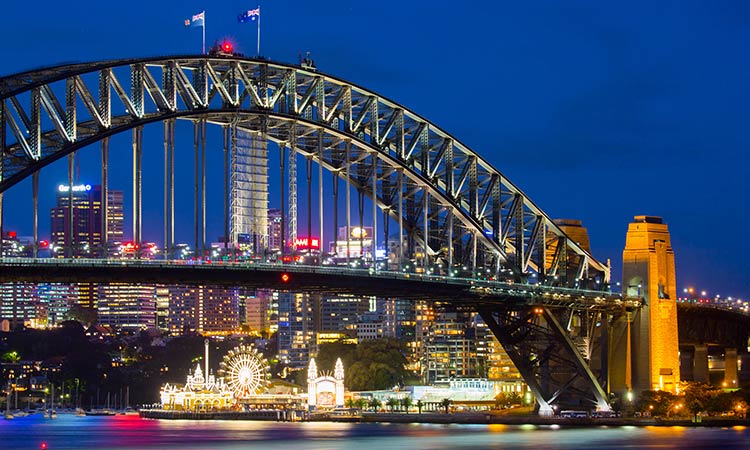 Yellow ferries and gleaming yachts crisscross the harbor, surrounded by a city of cliffs, palms, evergreens and, beyond, the famous beaches of Bondi and Manly.

The Opera House, ceramic sails unfurled, sits at the heart — an architectural marvel and a survivor of cost overruns and political backbiting that now, half a century later, is Sydney’s Eiffel Tower.

Soaring above it all is a steel arch bridge, the largest and widest of its kind in the world, carrying traffic in eight lanes, trains in two and joggers and cyclists in two others.

It also is a span that sets hearts pounding.

Two decades ago, a member of the Young Presidents’ Organization decided to escort visiting company chiefs on a climb to the top of that bridge to take in the best view in Sydney. He turned it into a business, and more than 3 million people have made the climb, day and night, summer and winter.

It is — perversely, some might say — described not only as an adventure for people willing to pay more than $200, but also as a cure for what ails you, if what ails you is a fear of heights. 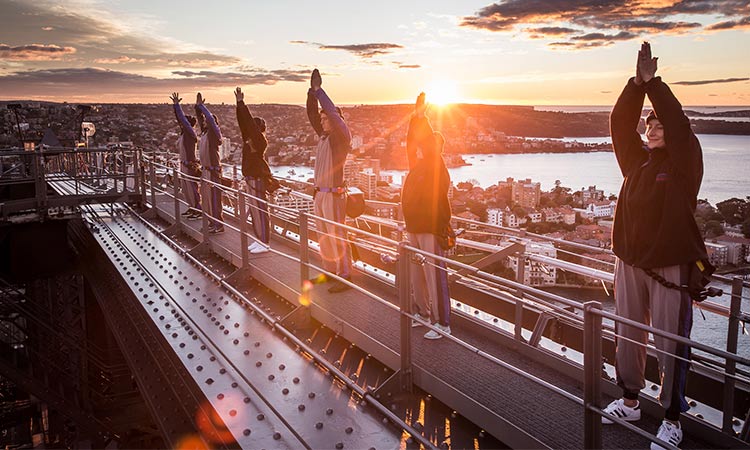 The highest point is 440 feet, or 44 stories, above the water. They haven’t lost a single climber, the people of Bridge Climb Sydney like to say. But, as with so many marketing pitches, that isn’t the whole story.

I admit to some nervousness as two friends and I approached our appointment for a climb earlier this year. We had chosen the “twilight climb,” beginning just before 6 p.m. We had spent the previous two days exploring Sydney — taking a ferry to Manly and walking along scenic Bondi Beach and those nearby, beloved by surfers.

The Bridge Climb was my friend Rich’s idea. I don’t like heights, but I agreed to go along.

As we roamed the city taking photos in the days leading to our climb, the bridge was a constant backdrop, streams of climbers visible from miles away.

Adam, our guide, and his helpers stripped us of all of our earthly possessions — sunglasses, watches, hats, money, billfolds, iPhones. (One climber got to keep his hearing aids.)

We changed into blue Star Trek-like jumpsuits and were outfitted with harnesses and a circular plastic device to hook to the guy wires on the bridge. We put on headlamps and tied handkerchiefs around our wrists to ward off flop sweat. We climbed sets of steep steel stairs indoors to get a feel for what we were about to face. Finally, we were each given a wireless headset so we could hear our leader on the bridge.

Adam, formerly a police officer, told us about the bridge and the landmarks visible across the harbor. “Only” six workers had died falling into the water during construction in the 1920s and early ‘30s, he said. That didn’t provide much comfort.