Tell your kids how healthy foods will help them grow - GulfToday 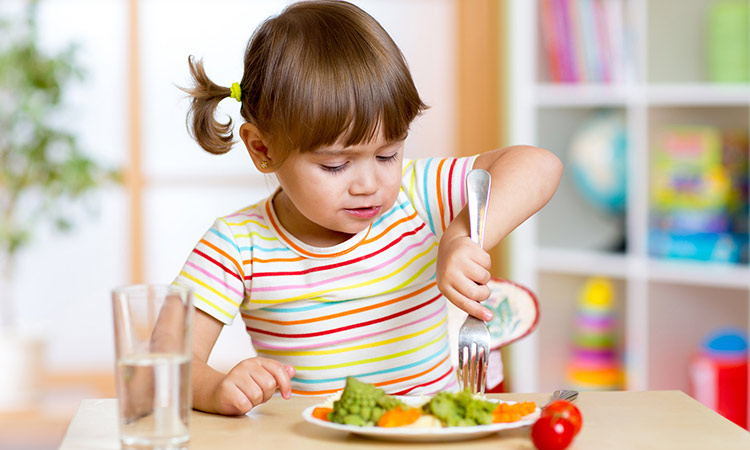 Tell your children about the benefited of certain foods. TNS

Researchers at Washington State University and Florida State University found that telling children about the benefits of certain foods may get them to eat healthier rather than just giving them a healthy food choice without explanation.

Their study was published in the Journal of Nutritional Education and Behavior.

“Every child wants to be bigger, faster, able to jump higher,” lead author Jane Lanigan, associate professor in department of human development at WSU, said in a press release.

For example, during their six week study, researchers told 87 children ages 3 to 5 that if they ate lentils — those mini-legumes that are a healthy, low-fat source of protein and fiber — they would “grow bigger and run faster.”

The kids were initially asked to rank how much they liked four foods from different food groups including lentils (protein), quinoa (grain), green peppers (vegetables), and tomatoes (vegetables).

They were then offered two of the foods twice a week as part of their normal class routine. The low-rated food the kids chose was served up with age-appropriate facts about the benefits of eating the food. Their more-favored food did not get extra messaging.

The amount of the food they ate was measured during the pre-test, post-test, and one month after the study ended.

The post-test measurements showed no result, something researchers chalked up to the kids being “sick of eating the same foods.” But a month later, they found the children ate twice as much of the food that came with the healthy pitch.

Over time, the study showed that telling kids about the benefits of foods in ways they can understand was likely to increase the amount of healthy food they ate, researchers found.

“We wanted to fill a gap, where parents are often told what their kids should be eating but not how to get them to eat it. And that’s really important,” Lanigan stated.