Havana's Chinatown dreaming of a new lease on life - GulfToday 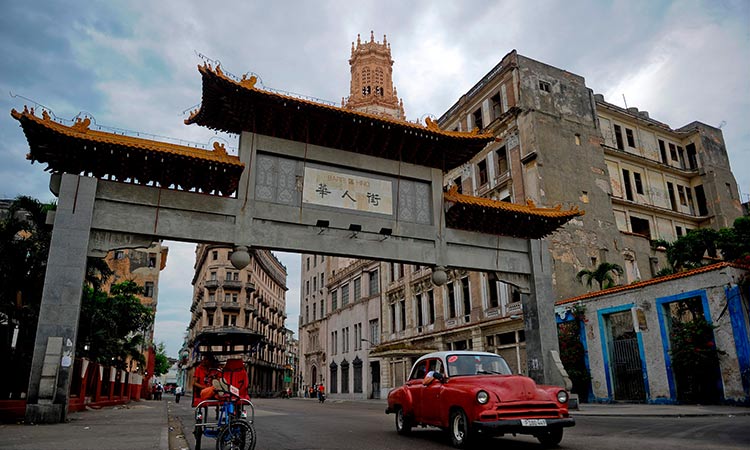 View of the entrace of the Chinese neighbourhood in Havana. Yamil Lage/AFP

Nestling alongside Havana's old town, surrounded by colonial buildings and swept by the exhaust trails of passing 1950s American convertibles, stands a large arch with an ornate roof.

It's the entrance gate to Havana's Chinatown, once the biggest in Latin America, whose residents are now dreaming of recovering its past glory.

"Since its creation, it was an open Chinese neighbourhood that produced this mix between the Chinese and the country's original population," said Teresa Maria Li, director of the local House of Traditional Chinese Arts.

Li comes from a family with a Chinese grandfather and a Spanish grandmother.

"Since its creation, it was an open Chinese neighbourhood that produced this mix between the Chinese and the country's original population,

"First of all I feel Cuban. But deep inside I have the Chinese gene and I defend it vigorously, with a sense of belonging."

The first wave of Cantonese migration arrived in 1847 to work as "coolies," agricultural laborers who replaced African slaves in the sugar plantations.

Bicitaxis drive near the Chinese neighbourhood in Havana. Yamil Lage/AFP

A man works at the Chinese printing house in the Chinese neighbourhood of Havana. Yamil Lage/AFP

An old American car drives near the Chinese neighbourhood in Havana. Yamil Lage/AFP

Chinese descendants remain at a retirement home in the Chinese neighbourhood of Havana. Yamil Lage/AFP

Chinese descendants look at a show of dancers . Yamil Lage/AFP

Chinese descendants have fun at the House of Chinese Arts and Traditions in Havana. Yamil Lage/AFP

They built a thriving neighbourhood with hundreds of thousands of people, as well as restaurants and theatres — Cuban writer Alejo Carpentier christened it the "Yellow City."

With Havana celebrating its 500th anniversary, authorities have committed to restoring many parts of the city, including Chinatown.

As well as resurfacing the roads and improving street lighting, there will be traditional Chinese cultural activities too.

Next door, in what was once a Chinese cinema, nandao (broadsword) brandishing wushu master Roberto Vargas Lee is teaching adults.

The grandson of Chinese citizens he studied martial arts in China in the 1990s. His wife is from Shanghai and his mother was part of the former Cantonese Opera in Havana. 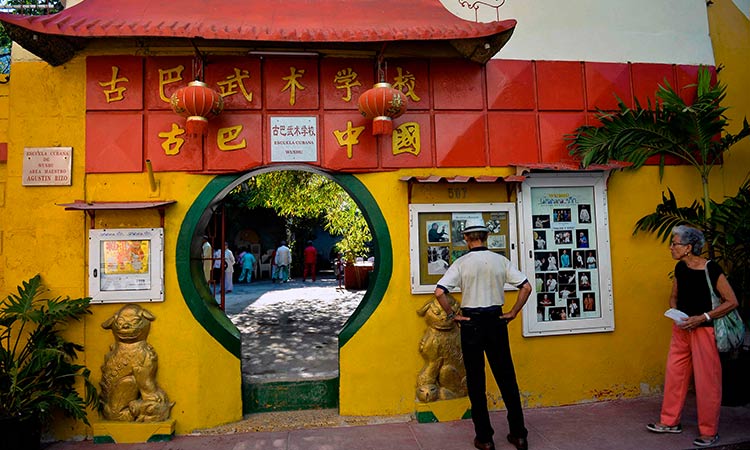 A man reads an information board at the entrance of a martial arts school. Yamil Lage/AFP

"Some people tell me I don't look very Chinese, others ask me when I arrived from China. It's like the Tao says: everyone can look at the same thing, but see it differently," says Vargas.

While Chinese-Cubans are just as spontaneous as the rest of the population, they are less likely to leave open their door for unexpected visitors.

"It's true that there are certain cultural differences, but we've adapted to that," said Carlos Alay Jo, a 60-year-old restaurant owner born in Cuba to a family from Guangzhou.

Nearby, at a printer's, the next edition of the bilingual Kwong Wah Po daily newspaper, which began as a monthly 80 years ago, is being prepared.

Times have changed, though, and the latest edition will be printed with modern methods, while there are no longer any fully Chinese members of the editorial team.

With so few fully Chinese people left in Cuba, professor Montes de Oca admits that renovating a "Chinatown without Chinese people" could be a fallacy, but she insists that the locals "feel proud of having had a Chinatown and would love to have one again." 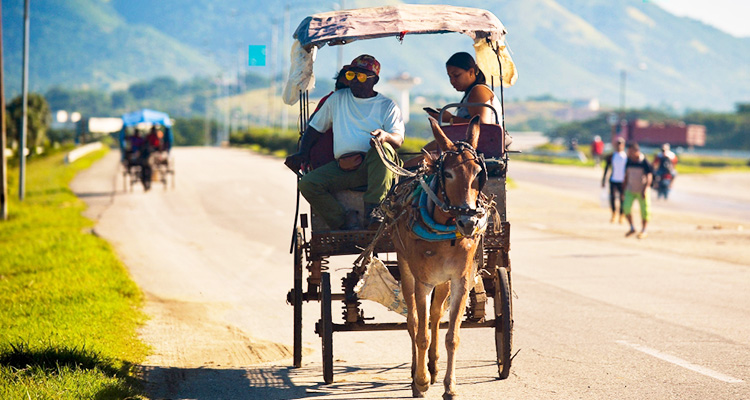 Oxen and horses put back to work in Cuba

A lack of fuel, in large part due to the US blockade, is forcing Cubans to return to horse and ox power for farming, transport and everyday travel. 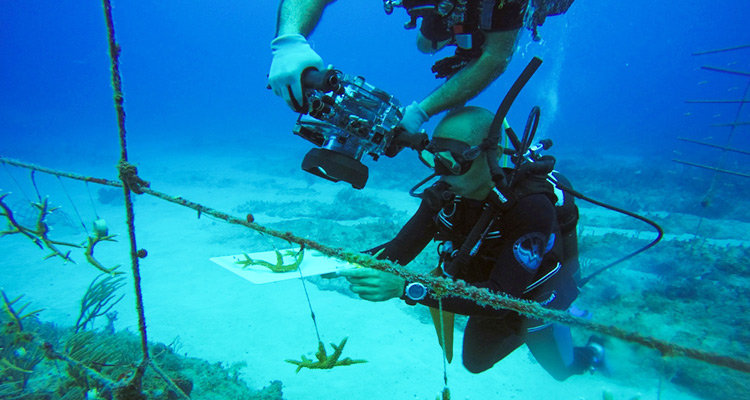 Luminous yellow and blue fish dart through the fragments of coral hanging from rows of pipes anchored to the seabed in Guanahacabibes, in western Cuba, while scientists in diving gear annotate their observations.