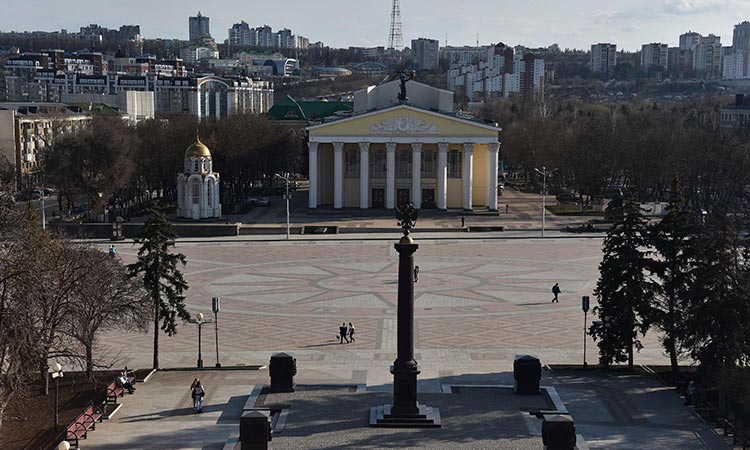 A general view of the central part of the Russian city of Belgorod. Vasily Maximov/AFP

For decades, the banks of the river flowing through the Russian city of Belgorod were in a sorry state of disrepair.

"It was hard to get down to the water, and it was really filthy in places," said architect Jezi Stankevic.

Now reeds line the waterfront and teenagers lounge on wooden boardwalks that extend right across the river, overlooked by a wooden amphitheatre.

Such cities were built with the aim of fulfilling production targets rather than responding to the needs of residents, says Daria Paramonova, of the Strelka architecture firm leading the project.

The Moscow-based firm has been awarded a contract to oversee the regeneration of 40 cities under a government programme launched in 2017.

The ongoing drive is "the largest urban regeneration project in post-Soviet Russia,

The ongoing drive is "the largest urban regeneration project in post-Soviet Russia," according to Strelka.

It comes as the country struggles to halt a tide of young people moving from the provinces to the capital in search of opportunities.

Paramonova said that the notion of "quality of life" was initially alien to residents, whose needs and wishes had formerly not been a priority for city planners.

"Now we say that what's important is keeping things human," she added, stressing the role of public consultations before taking decisions.

Residents of Belgorod, a provincial city of some 400,000 inhabitants that was rebuilt after World War II, attended public meetings and were able to vote online for their favourite design project.

A general view shows the Russian city of Belgorod, some 700 km south of Moscow. Vasily Maximov/AFP

People rest in the park on the renovated embankment of the Vezelka River in the Russian city of Belgorod. Vasily Maximov/AFP

Architect Jezi Stankevic from the Moscow's Strelka Institute poses in the park on the renovated embankment of the Vezelka River. Vasily Maximov/AFP

People rest in the park on the renovated embankment of the Vezelka River. Vasily Maximov/AFP

The riverside area where people can now stroll, play sports and walk their dogs, is just the start.

The goal is to extend walkways and cycle paths for 20 km along the river.

Strelka took charge for the initial stages and will advise local officials and architects on the rest.

Other cities lined up for a makeover of their public spaces include Russia's third biggest city Ekaterinburg, Vladivostok, Grozny, where a new park was created, and Novosibirsk.

Like many Russian cities, Belgorod has seen an exodus of young people since the breakup of the Soviet Union in 1991 and closure of many local factories.

As a result, budgetary revenues have fallen and regeneration projects have slipped right down the agenda.

While some have questioned how Belgorod will maintain costly new facilities, those using them from students at a nearby university to young mothers with pushchairs say they have been a hit since opening in November 2017.

"It has really got prettier," said Yelena, a 38-year-old quality control specialist walking in the spring sunshine.

"You're in the centre of the city but you don't hear any traffic noise. I'd even call it calming."

Since 2010, the Kremlin has spent billions of dollars on improving public spaces, particularly through a federal programme that has handed out 42.2 billion rubles ($670 million, 600 million euros) for renovation work.

And President Vladimir Putin last year asked the government to double its contributions to create a "comfortable urban environment".

Paramonova highlighted the positive impact that Moscow's successful — and costlier — "My Street" renovation scheme had had on getting the provincial rejuvenation project off the ground.

Initiated in 2015, it radically changed the face of the capital ahead of the 2018 football World Cup.

The project's costs controversially soared to 126 billion rubles and it was tarnished by accusations of corruption by municipal authorities.

Paramonova acknowledges that it is tricky to bring the same ideas to the provinces "where there is less money and more problems."

But she hopes that Strelka's work will encourage local architects to develop their own projects.

Making provincial cities more attractive places to live in is crucial to ensuring their survival, according to local authorities.

People working in Belgorod earn less than half the average wage in the capital.

"Today all cities are fighting to retain their 'human capital' and trying to create living conditions that will dissuade residents from leaving for Moscow or elsewhere," said Belgorod region's deputy governor in charge of urban planning, Yevgeny Glagolyev. 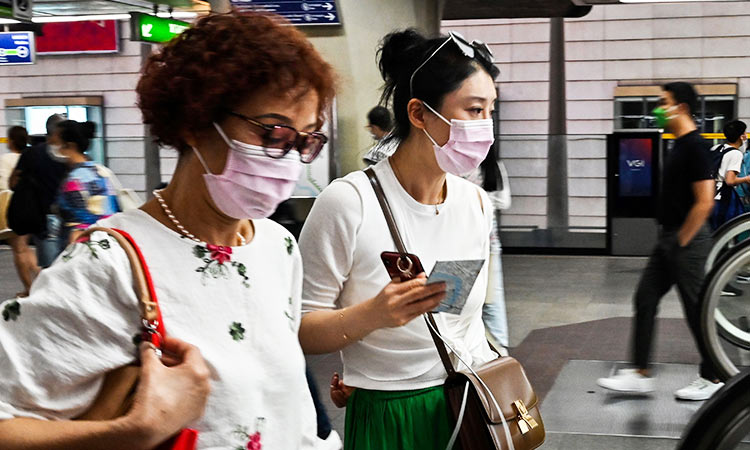