The village that keeps rising from the volcanic ashes - GulfToday

The village that keeps rising from the volcanic ashes 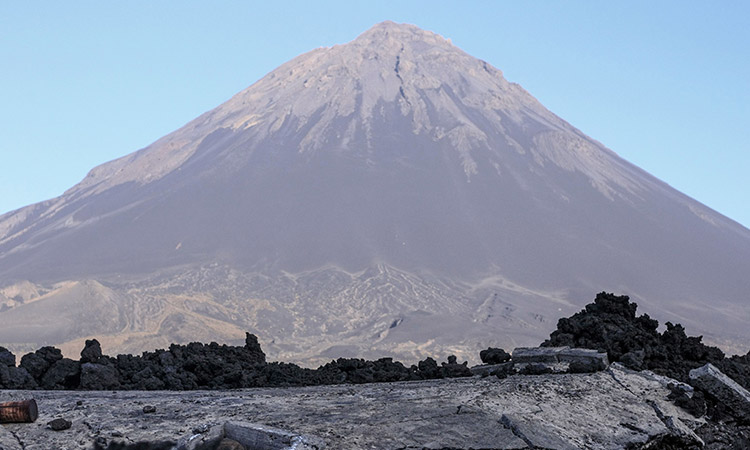 The volcano Pico do Fogo and the remains of the roof of a house submerged by lava. Anne-Sophie Faivre Le Cadre/AFP

Four years after the volcano erupted — razing everything in its path in Cape Verde's Cha das Caldeiras valley — the floor tiles of the small, rebuilt inn are warm to the touch.

"We constructed too quickly on lava that had not yet cooled down," says hotel owner Marisa Lopes, in her early 30s.

"For the first months, the floors in the rooms were so hot that you couldn't walk on them with bare feet."

Lopes is one of dozens of entrepreneurs locked in a perpetual tug of war with the Pico do Fogo volcano towering over Cha das Caldeiras, whose population numbers 500.

The name means Peak of Fire in Portuguese.

The volcano generates the bulk of the crater community's gross domestic product, attracting some 5,000 tourists every year who need hotel beds, food and tour guides — about 30 make a living as guides in this remote part of West Africa.

But on the downside, the festering giant erupts once a generation — six times in the last 200 years — destroying everything in its path; crops, homes, roads. 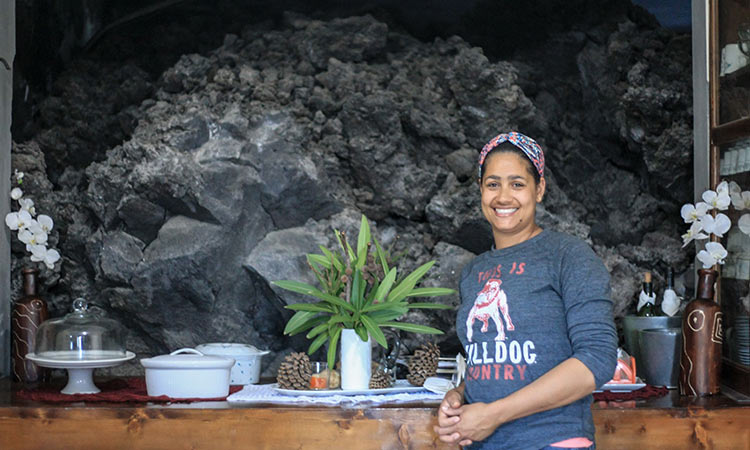 Zenita Montrond, a resident of the village poses in her kitchen in front of the lava block. Anne-Sophie Faivre Le Cadre/AFP

Three months later, she built a new one, again in the flow zone of the crater.

"The volcano took a house from me, but it gave me another. Without it, there would be no tourism," she said.

Despite the constant danger and government efforts to dissuade them, the inhabitants of Cha das Caldeiras keep coming back.

After the last eruption, the military evacuated those in the path of the lava and the state provided food aid for six months afterwards.

But it was the people themselves who reconstructed roads and found the materials for rebuilding homes and hotels. Again.

Cicilio Montrond, 42, was also there in 2014, looking on as a river of molten rock spewing from the Pico do Fogo burnt his fruit trees and buried everything he owned in a thick, grey coat. 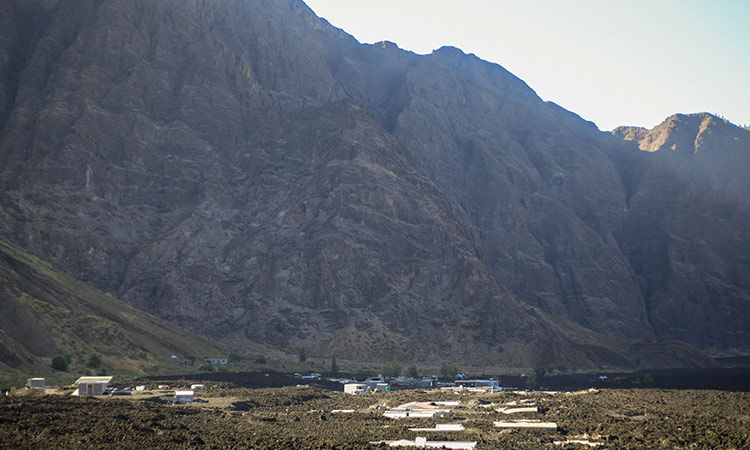 The village of Portelo in Cape Verde's Cha das Caldeiras valley, buried during the last eruption of the volcano. Anne-Sophie Faivre Le Cadre/AFP

The eruption killed no one, but left 1,500 people homeless.

After a few weeks in Sao Filipe, a nearby town to where the valley inhabitants were relocated, Montrond returned to Cha das Caldeiras with his wife.

Not a bird stirred in the air still polluted with ash, not a creature moved on the still warm lava ocean that now covered the valley floor.

For weeks, Montrond and his wife lived in a tent on the roof of their destroyed house with no water, no electricity and no food apart from a few canned goods.

"We lived in makeshift shelters, it was precarious, dangerous. But we were home."

For Montrond, it is unimaginable to live anywhere else than the fertile, lava-fed valley that, between outbursts, boasts an abundance of fig trees and cassava.

"It is the volcano that allows us to live," said Montrond, tourist guide-turned-hotelkeeper and restaurateur.

The Pico's eruptions are rarely deadly in terms of human life.

But what about the next time? 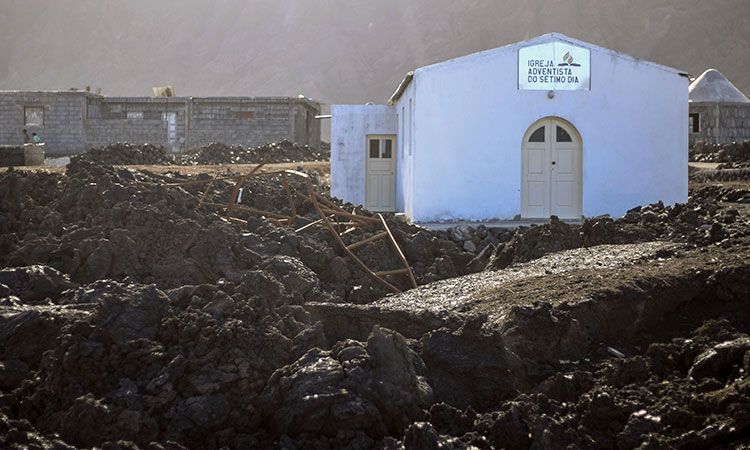 "The volcano is my life," Montrond shrugged, as he gazed upon the house he built with his own hands.

Far from fearing or despising the peak's constant threatening presence, the inhabitants appear to embrace it and have made it part of their identity.

They evoke past eruptions with a smile, sometimes even a touch of nostalgia.

Margarita Lopes Dos Santos, 99, has been forced out of her home by the three last eruptions of the Pico do Fogo.

The first was in June 1951, shortly after she gave birth to her first child.

"I remember the first time like it was yesterday," she said, through a beaming, toothless smile.

"It was a lot more violent. Rocks were falling from the sky. There were tornadoes of ash and of smoke," she recounted, while husking beans.

Outside her house, Lopes Dos Santos has planted flowers — flashes of red begonias that provide the only colour in the grey and black landscape.

"The resilience of the people of Cha is extraordinary," said Jorge Nogueira, president of the municipal council of Sao Filipe, capital of the island of Fogo, Cape Verde.

"As soon as they could, they came back — to poor living conditions, but no matter: the only thing that counted for them was to be home."