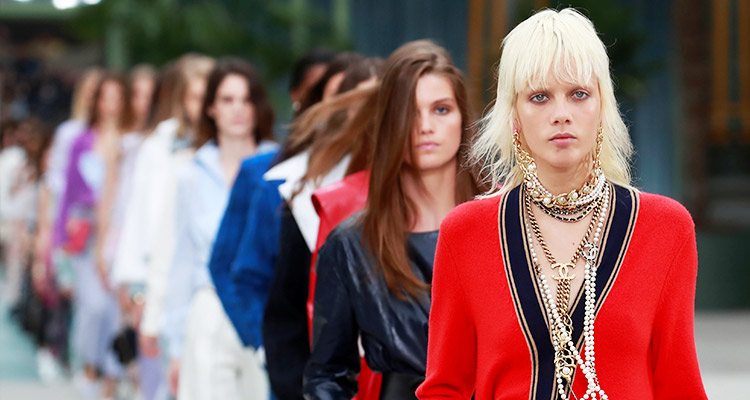 Virginie Viard made a classy and elegant debut in her first complete collection for Chanel Friday after taking over from the late Karl Lagerfeld at the iconic French label.

The designer, who was Lagerfeld's right-hand woman for years, emerged from his shadow with a highly feminine and wearable cruise collection in a minimalist show at the Grand Palais in Paris, the scene of the Kaiser's most decadent extravaganzas.

Where Lagerfeld was flashy and streetwise, his successor was restrained, with the bling factor turned right down in favour of a flattering slimline look.

Instead she harked back to the golden age of train travel when the brand's founder Coco Chanel would take her arty friends on the "Train bleu" down to her villa on the French Riviera near Monaco.

The designer, who was Lagerfeld's right-hand woman for years, emerged from his shadow.

Where Lagerfeld was flashy and streetwise, his successor was restrained.

A highly feminine and wearable cruise collection in a minimalist show.

The Grand Palais in Paris, the scene of the Kaiser's most decadent extravaganzas.

But instead of recreating a life-sized locomotive or the Orient Express inside the vast Grand Palais as Lagerfeld might have, Viard went with an understated train platform with the front row either side of a recessed train track.

There was, however, an affectionate nod to her predecessor, who died aged 85 in February, with a couple of starched white collars which were a key component of Lagerfeld's own highly recognisable personal look. 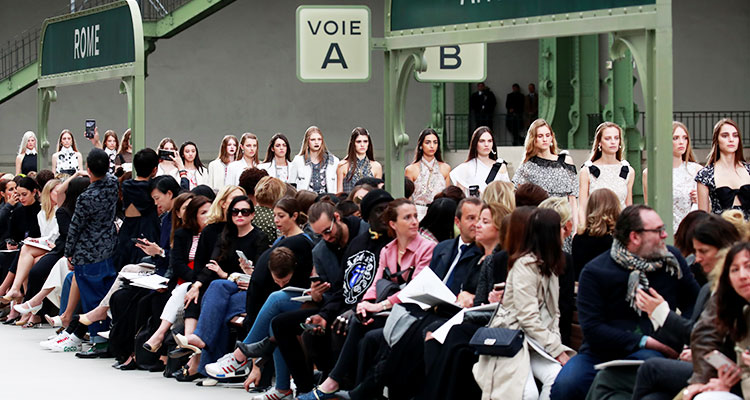 Viard made a clever grab to steal the femininity mantle of arch-rivals Dior.

Nothing showed off her new practical elegance more than a cobalt blue jacket with layer after layer of pockets set off with a white band across the chest tied in a bow.

It was worn with two-tone pointed boots -- two-tone shoes were ever-present in the collection -- and a classic Chanel black handbag expanded out into a travel bag.

Jackets and generous garbardine trousers fastened with double buttons at the waist were inspired by work uniforms, and hooded trenchcoats were feminised with chain belts.

The railway theme found its way into the clothes with the mechanism of station clocks popping up on dresses and a clutch bag in the form of a railway worker's lamp.

Red poppies, blue cornflowers and delicately embroidered pink flowers popped up on dresses and check tops, and were also used as a contrast to the label's traditional tweed twin-sets.

Viard also debuted a new version of the Chanel jacket paired with leggings sparkling with the label's logo as well as miniskirts and knickerbockers, with tweed culottes ending at the knee.

The same modern touch popped up in two-tone heels, with black stilettos livened with red and fuchsia as well as tweed ballerina shoes. 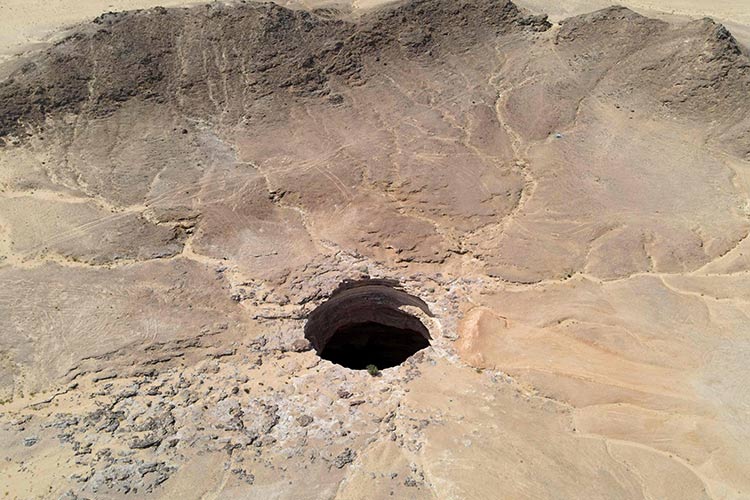 Sunlight doesn't extend far into the structure, and little can be seen from the edge except the birds that fly in and out of its depths.

Khloe Kardashian opens up about her plastic surgeries, says she had one nose job done

American reality TV star Khloe Kardashian has opened up about going under the knife, saying that she has had a nose job once. 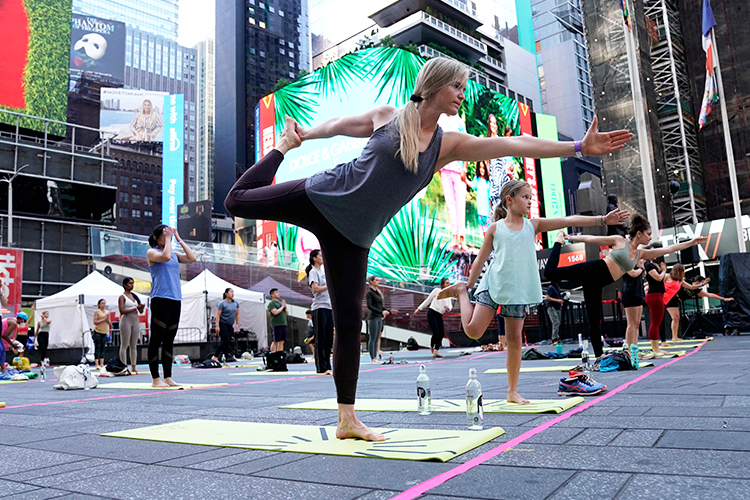 Other than India, which is where Yoga originated, people in New York, Pakistan, Palestine, Malaysia, and world over celebrated the International Yoga Day, by conducting Yoga sessions in the open for everyone.