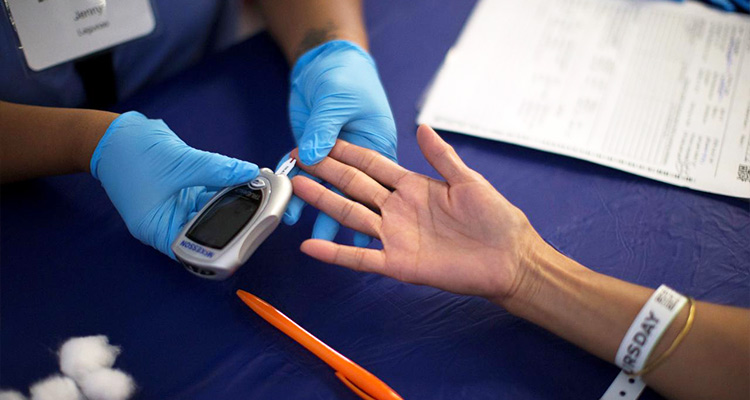 India and China today have the highest diabetes burdens in the world.

Diabetes has reached epidemic proportions in Asia - led by India and China -- and has dramatically increased the risk of premature death especially among women and middle-aged people, a significant study has found.

India and China today have the highest diabetes burdens in the world.

According to the World Health Organization (WHO), India has close to 62 million people living with the diseases and is projected to have close to 70 million diabetics by 2025.

Throughout Asia, more than 230 million people are living with diabetes.

"Given the increased prevalence of obesity and rapid adoption of a westernized lifestyle in Asia, that figure is expected to exceed 355 million by 2040," said the study led by the Vanderbilt University Medical Center in Nashville, Tennessee.

The researchers found that patients with diabetes are at a substantially elevated risk of premature death.

Diabetes was associated with a nearly two-fold increase in the risk of death from all causes.

"The diabetes-related risk of death from all causes was particularly high for women and patients who were diagnosed with diabetes when they were middle-aged adults," the findings showed.

This result is particularly relevant for certain racial and ethnic groups in the US, including Asian Americans, who are more susceptible to insulin resistance and are at higher risk of developing diabetes at a relatively lower obesity level than are people of European ancestry.

"Whether this may increase their risk of premature death once they develop diabetes has not yet been determined," said Zheng.

Lack of access to diabetes care in Asia may contribute to the unusually higher risk of premature death among diabetes patients in the study, the researchers noted.

"There is an urgent need to implement diabetes management programmes tailored to Asian populations," they added.