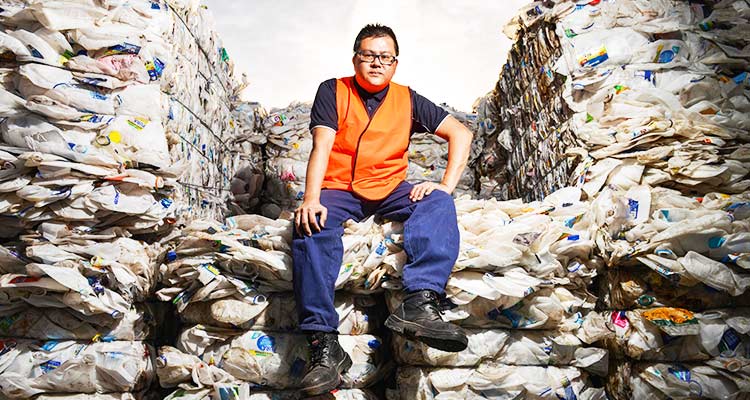 Supervisor Thao Nguyen poses at the recycling site in Edinburgh, near Adelaide.

But at the start of 2018, it closed its doors to almost all foreign plastic waste, as well as many other recyclables, in a push to protect the local environment and air quality, leaving developed nations struggling to find places to send their waste.

"It was like an earthquake," Arnaud Brunet, director general of Brussels-based industry group The Bureau of International Recycling, told AFP.

"China was the biggest market for recyclables. It created a major shock in the global market."
Instead, plastic is being redirected in huge quantities to Southeast Asia, where Chinese recyclers have shifted en masse.

With a large Chinese-speaking minority, Malaysia was a top choice for Chinese recyclers looking to relocate, and official data showed plastic imports tripled from 2016 levels to 870,000 tonnes last year.

In the small town of Jenjarom, not far from Kuala Lumpur, plastic processing plants suddenly appeared in large numbers.

Huge mounds of plastic waste, dumped in the open, piled up as recyclers struggled to cope with the influx of packaging from everyday goods.

In mainland China, imports of plastic waste have dropped from 600,000 tonnes per month to about 30,000 a month.

In the small town of Jenjarom, not far from Kuala Lumpur, plastic processing plants suddenly appeared in large numbers, pumping out noxious fumes day and night.

Huge mounds of plastic waste, dumped in the open, piled up as recyclers struggled to cope with the influx of packaging from everyday goods, such as foods and laundry detergents, from as far afield as Germany, the United States, and Brazil.

Residents soon noticed the acrid stench over the town -- the kind of odour that is usual in processing plastic, but environmental campaigners believe some of the fumes also come from the incineration of plastic waste that was too low quality to recycle.

"People were attacked by toxic fumes, waking them up at night. Many were coughing a lot," local resident, Pua Lay Peng, told AFP.

"I could not sleep, I could not rest, I always felt fatigued," the 47-year-old added. 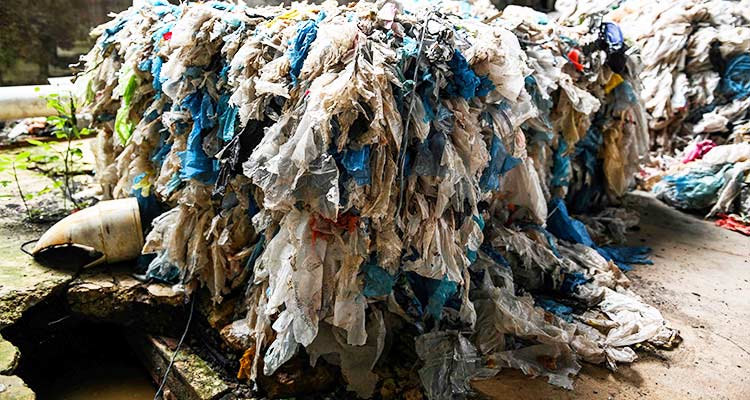 Plastic waste at an abandoned factory in Jenjarom, a district of Kuala Langat, outside Kuala Lumpur.

Pua and other community members began investigating and by mid-2018 had located about 40 suspected processing plants, many of which appeared to be operating secretly and without proper permits.

Initial complaints to authorities went nowhere but they kept up pressure, and eventually the government took action. Authorities started closing down illegal factories in Jenjarom, and announced a nationwide temporary freeze on plastic import permits.

Thirty-three factories were closed down, although activists believe many have quietly moved elsewhere in the country. Residents say air quality has improved but some plastic dumps remain.
In Australia, Europe and the US, many of those collecting plastic and other recyclables were left scrambling to find new places to send it.

In mainland China, imports of plastic waste have dropped from 600,000 tonnes per month in 2016 to about 30,000 a month in 2018, according to data cited by a new report from Greenpeace and environmental NGO Global Alliance for Incinerator Alternatives.

Once bustling centres of recycling have been abandoned as firms shifted to Southeast Asia. 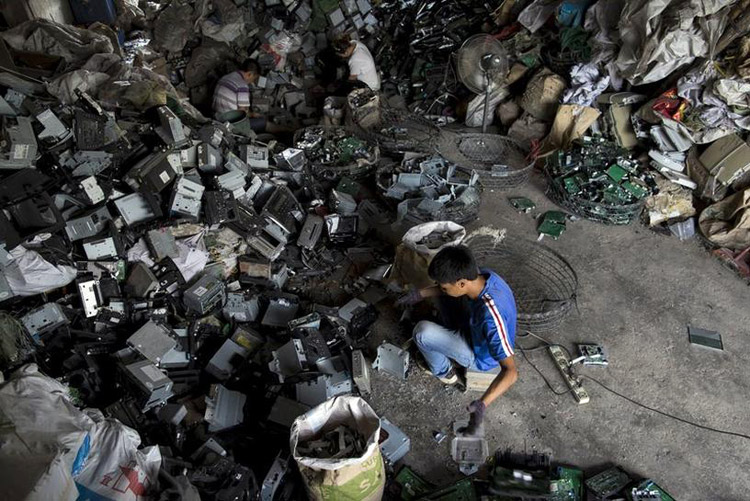 China aims to cut solid waste imports to zero by next year as it looks to reduce pollution and encourage recyclers to treat soaring volumes of domestic trash, a senior environment ministry official said on Thursday.