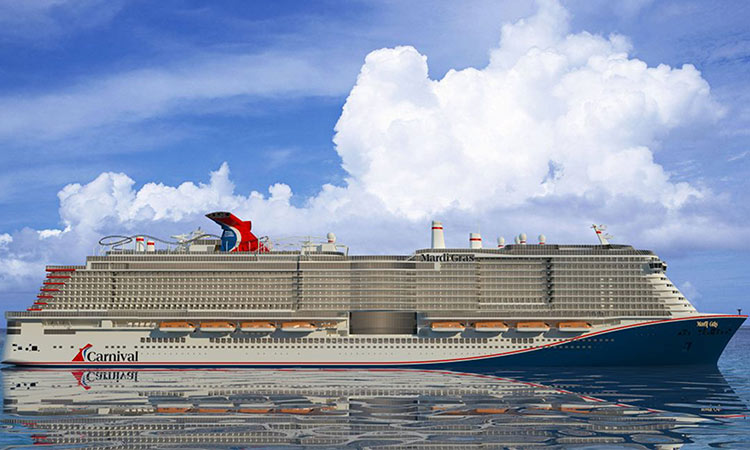 The biggest Carnival Cruise Line ship ever is carving out some private space for its suite guests.

With more than 180 suites in 11 categories coming to the new 6,500-passenger Mardi Gras cruise ship, Carnival has revealed the look at its top-of-the-line suites, known as the Excel Suites.

In renderings released recently, the 32 Excel Suites will have direct access to a seclude open-deck space called Loft 19.

That includes two Presidential Suites, which will be the largest in Carnival’s fleet. Located on Deck 17 these will include their own living space, massive balconies and private outdoor hot tub and shower. Included is access to the ship spa’s thermal suite and secluded Havana pool area.

There are also 12 Corner Suites on port and starboard sides of the ship, also with separate sleeping and lounge areas, and wraparound balconies that have their own dining setup.

And then there are six Excel Suites, located on Decks 10, 11 and 12, also with large balconies with dining area. 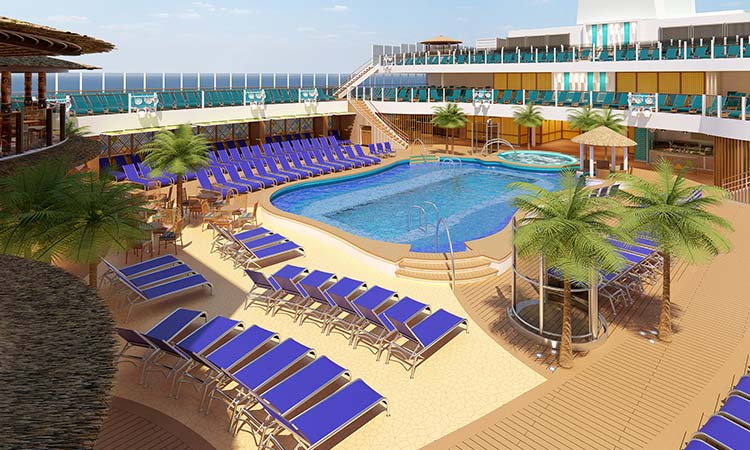 All suite-level guests on Mardi Gras will get normal suite amenities that include priority boarding and debarkation, main dining room seating plus bathrobes and bottled water. The Excel-level suite life also get unlimited access to Loft 19, located on the ship’s highest deck.

For the other 150 or so suites, the ship offers a selection of Ocean Suites with separate sleeping and lounging areas, Havana Suites in the adults-only Havana Club section, Family Harbor Suites in the family-friendly section of the ship and Cloud 9 Spa Suites with special access to the ship’s spa. 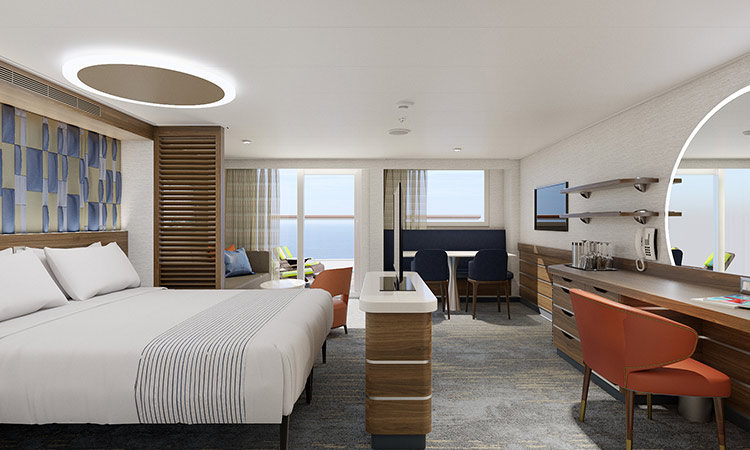 One of the Carnival Mardi Gras staterooms. TNS

Overall the ship will feature 20 stateroom categories with more than 70 percent balcony or ocean-view staterooms. 300 of the staterooms will connect to accommodate larger families.

Mardi Gras is headed to Port Canaveral’s new Terminal 3 when it makes its way from Europe with a short stint in New York next year. The ship will sail into the Central Florida port on Oct. 15, 2020.

Currently under construction at Meyer Turku shipyard in Turku, Finland, at 180,000 gross tons and 1,130 feet long, Mardi Gras will be the largest ship in the Carnival fleet. The ship is powered by liquefied natural gas and will be the first such cruise ship to home port in North America. The vessel will make its debut in Europe on Aug. 31, 2020.

The ship will feature six named neighbourhoods: Grand Central, French Quarter, La Piazza, Summer Landing, Lido and The Ultimate Playground. While it will have some new features specific to the ship such as a jazz club, it will also find homes for many of the venues that have been rolled out on earlier ships.