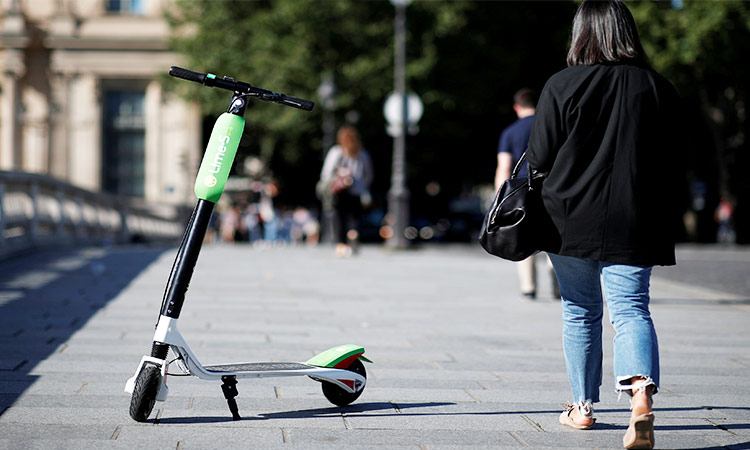 BERLIN: German ministers agreed on Wednesday to rules for using battery-powered scooters on the country's roads, paving the way for the two-wheeled craze to spread further across Europe.

After transport minister Andreas Scheuer labelled them a "genuine additional alternative for cars" in traffic-choked cities, the cabinet agreed that "very small electric vehicles" with a top speed of up to 20 kilometres per hour (12.4 miles per hour) can hit the streets.

Once approved by parliament's upper house, scooters with top speeds up to 12 kph will be open to use by people over 12 years old on pavements.

Faster ones will be reserved for those over 14, and allowed only on cycle lanes -- although they can take to the road alongside cars if none is available. 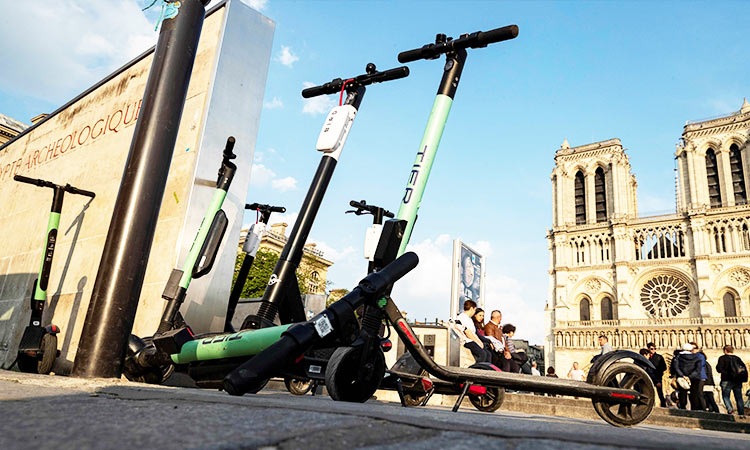 Electric  scooters of providers Tier and Bird are pictured in front of Notre-Dame de Paris Cathedral in Paris.

Riders will neither need a licence nor be obliged to wear a helmet, although they will need insurance.

Meanwhile the government hopes strict rules will help avoid the friction that has marked scooters' appearance in major cities like Los Angeles and Paris.

Ministers ordered that scooter users should "neither obstruct nor endanger" pedestrians with their antics.

Despite all the rules, "we fear the already heated situation in inner-city traffic will become yet more acute," Oliver Malchow of police union GdP told news agency DPA.

"In our view, e-scooters will create new conflict zones."