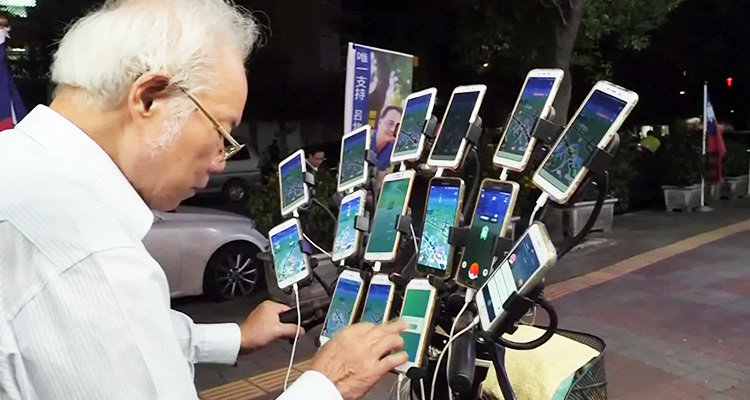 TAIPEI: A 70-year-old man here rides long distances daily with 24 smartphones on his bicycle to chase his passion: hunting Pokemons.


Among tens of thousands of Pokemon hunters in Taipei, Chen San-yuan stands out as the most popular as he has so far caught 45 million creatures since he began playing "Pokemon Go" in 2016, Efe news reported.

This game of augmented reality requires players to seek and capture characters -- from the Pokemon saga, which are hidden at real places -- and fight with them, which require wide movements and gathering of many players.

Chen is Taoist Master of divination and Feng Shui -- an ancient system that establishes rules about architecture and the arrangement of objects to ensure good fortune.

The Taiwanese grandfather, fondly called "Uncle Pokemon", was introduced to the game by his grandson. Soon he became so famous that it is hard for someone on the island not to recognise him. His entry into the Pokemon world was relatively late, at 66. 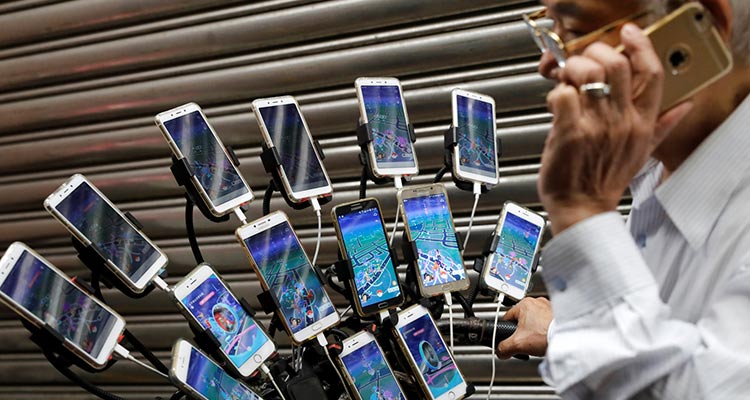 Chen is Taoist Master of divination and Feng Shui.

"It all began when my son gifted me a mobile on my birthday, and my grandson taught me how to play Pokemon Go. It was a discovery," Chen told Efe news.

From one smartphone, Chen kept growing his "arsenal" and had 11 of them a year ago. He has now raised the challenge and is equipped with 24 smartphones. Twenty-two are fastened to the handlebar of his bicycle and two in his pockets.

Chen said he began using several mobiles because more devices mean more captures and needed them to go up on the levels of the game.

During the day, Chen works as fortune teller and Feng Shui expert in Taiwan. In the evening, he rides on his bicycle and moves across the streets of Greater Taipei, especially towards the parks, in search of Pokemon characters.

"Before keeping the mobiles on his bike, he could be seen in the parks with several mobiles on a tray. He had a great idea of taking the bike, because now he can move wherever the Pokemons appear.

He has such an expertise that he can use nine mobiles simultaneously to catch Pokemons. "Because we have only 10 fingers," Chen said.

He spends around 1,000 on telephone bills every month to play the game. But nothing deters him. Not even the physical strain or staying awake late into the night.

In February, Chen was named as the ambassador of Taiwanese brand ASUS. He not only participated in the presentation event of Zenfone Max Pro M2, but now carries more than 20 of those on his bicycle.

"In Taiwan now, it (Pokemon Go) is no longer a game for kids, but for people of all ages, and sometimes one could find groups of hundreds of people," said one of Chen's admirers. 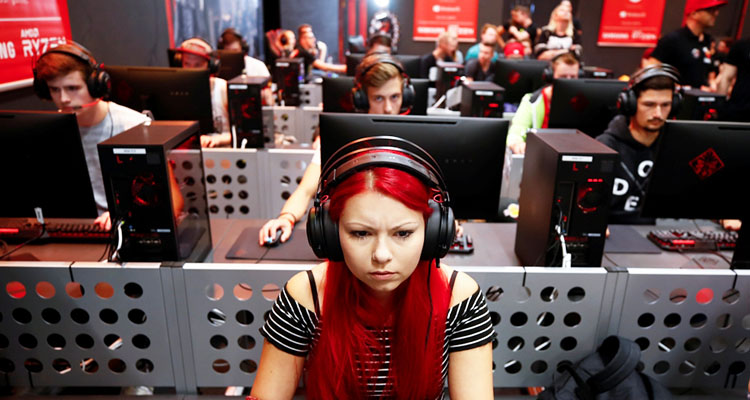 In praise of the big pixel: Gaming is having a retro moment

Clunky games consoles with blobby pixels might not be the latest thing -- but they're still cool even if you're no longer at school.