Here's how to cope with osteoarthritis - GulfToday

Here's how to cope with osteoarthritis 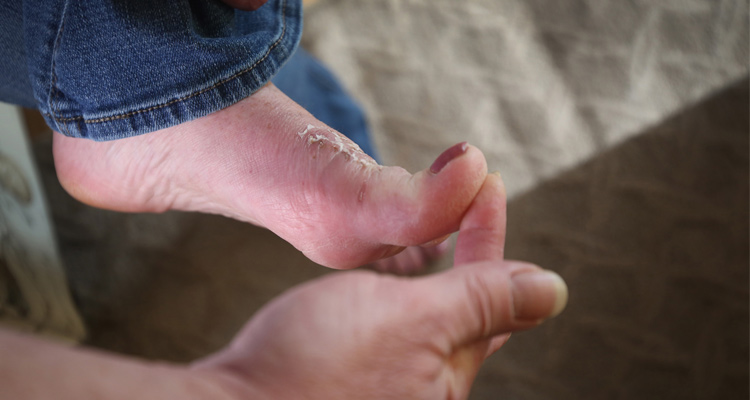 The main symptoms of osteoarthritis include pain and stiffness in the joints. TNS

Osteoarthritis, a condition that causes pain and stiffness in the joints, is one of more than 100 different forms of arthritis.

In addition to osteoarthritis, other common forms of the condition include rheumatoid arthritis, psoriatic arthritis, fibromyalgia and gout, states the Arthritis Foundation.

The disease is most commonly found in the knees, hips, neck, lower back, fingers, thumb and big toe.

Versus Arthritis explains that joints that are frequently used "in everyday life," such as the joints in the hand, are likely to be affected.

The charity outlines how, in a healthy joint, the surface of the bones is covered in a smooth coating of tissue called cartilage.

When osteoarthritis is developed in a joint, the cartilage may thin, which prevents the joint from moving efficiently.

How many people does it affect?

"Osteoarthritis is thought to affect over eight million people in the UK, causing joint pain and stiffness, and is the leading cause of disability," states Dr Wendy Holden, medical advisor at Arthritis Action and consultant rheumatologist at Hampshire Hospitals NHS Foundation Trust.

Dr Holden says that an osteoarthritis diagnosis used to be perceived as an "inevitable" aspect of ageing, due to the "wear and tear of the cartilage that lines the joints."

However, the medical advisor explains that the development of the condition is "actually much more complicated" than previously supposed.

According to a report released by Arthritis Research UK in 2013, around a third of people aged 45 and over in the UK have enquired about treatment for osteoarthritis.

What are the symptoms?

The main symptoms of osteoarthritis include pain and stiffness in the joints, the NHS explains.

These symptoms can vary in severity from person to person.

While some may only experience mild symptoms, others may also experience swelling and tenderness of the joints, in addition to hearing a grating noise when their affected joints move.

"Although some people can have no symptoms, affected joints are often painful with limited movement which means that it can be difficult to perform simple tasks like turning a key, gripping or peeling vegetables," says Dr Holden.

"Pain and stiffness in the hips and knees can make walking or using stairs difficult," the medical advisor adds.

In addition to pain and stiffness, affected joints may also appear slightly larger than usual.

The NHS advises visiting a GP if you experience continual symptoms of osteoarthritis. 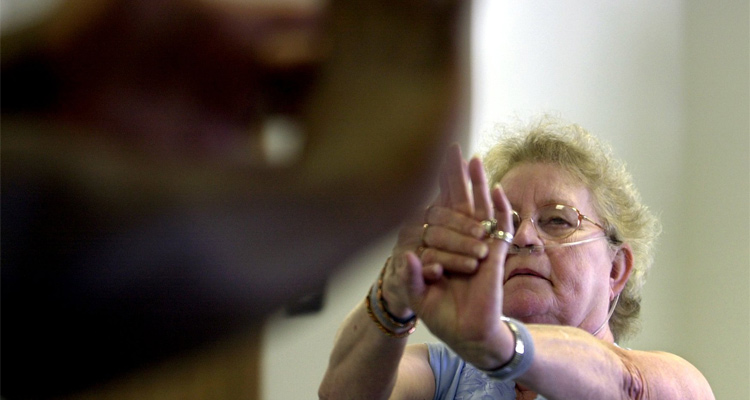 Mild symptoms of the long-term condition can be treated by exercising regularly, wearing supportive footwear and losing weight if you're overweight. Randy Tobias/TNS

What are the causes?

As osteoarthritis is most common among people aged 65 and older, increasing age is thought to be one of the predominant causes of the disease, the Arthritis Foundation explains.

Other causes may include overuse of the joint, previous joint injuries, genetics and obesity.

"The process of osteoarthritis is thought to involve inflammation driven partly by the immune system, and in particular by a certain type of white blood cells called neutrophils," says Dr Holden.

Neutrophils are a form of white blood cell that help to repair damaged tissue.

While a number of factors may increase risk of osteoarthritis, the NHS stresses "the exact cause isn't known."

Can it be treated?

While osteoarthritis can't be cured, the severity of symptoms can be reduced through treatment.

The NHS explains that mild symptoms of the long-term condition can be treated by exercising regularly, wearing supportive footwear and losing weight if you're overweight.

If your symptoms are more severe, you may be advised to take painkillers or follow an exercise plan outlined by a physiotherapist.

"Traditional medical treatments are essentially limited to either painkillers or anti-inflammatory drugs including naproxen and ibuprofen but these only treat the pain and stiffness of arthritis, not the underlying cause," says Dr Holden.

"Anti-inflammatory drugs also have many potential serious side-effects including ulcers and increased risk of heart attack and stroke."

In some rare instances, surgery may be required if a joint has been severely damaged by osteoarthritis.

"Having surgery for osteoarthritis may greatly improve your symptoms, mobility and quality of life," the NHS states, although it adds that surgery "can't be guaranteed" to eliminate symptoms completely.