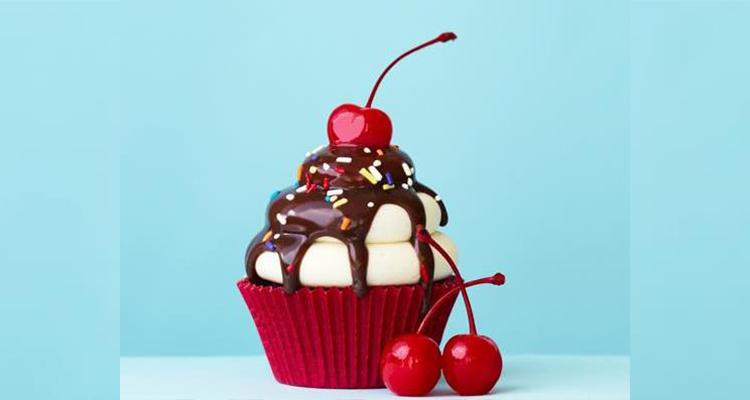 People who knew they were going to be eating a calorie-laden dessert either consciously or subconsciously compensated for it by making healthier decisions for the rest of their meal. Photographer: Ruth Black/TNS

At last, a study I think we can all get behind.

Usually, when I write about scientific studies, the news tends to be pretty atrocious: Eating one cookie will kill you. The chemical found in nature that helps plants grow will wipe out all of humanity by 2021. French fries are fine, but a serving should be no more than six fries (that was a real suggestion made by a real Harvard professor, which says more about Harvard than it does about fried potatoes).

Writing in the Journal of Experimental Psychology: Applied, four psychiatrists published the results of a study called “If I Indulge First, I Will Eat Less Overall: The Unexpected Interaction Effect of Indulgence and Presentation Order on Consumption.”

The key word of the title is “unexpected.”

Boiled down to its most basic idea, the study suggests that if you know you are going to have a fattening dessert, you are more likely to eat fewer calories for the entire meal — including the fattening dessert.

The three Mexican authors and one American author concentrated specifically on cafeterias.

The researchers conducted the experiments over four days at the cafeteria of a business school in Monterrey, Mexico. The fact that it was an academic setting may potentially skew the results, somewhat, because the participants may know more about nutrition than other people and also may be more accustomed to thinking about the consequences of their actions.

Still, the researchers placed either healthful fresh fruit (79 calories) or unhealthful lemon cheesecake (189 calories) at the beginning or the end of the cafeteria line, one day for each possibility. The rest of the cafeteria offerings could be either healthful, such as grilled chicken fajitas and a side salad, or unhealthful, such as fried fish and French fries.

One hundred thirty-four diners were watched as they went through the line. What they eventually left unfinished on their trays was also observed, as a way of calculating the calories they consumed in that meal.

What the researchers found was that people who picked the lemon cheesecake at the front of the line, on average, consumed a surprising 30 per cent fewer calories overall than those who picked the fruit first.

In other words, people who knew they were going to be eating a calorie-laden dessert either consciously or subconsciously compensated for it by making healthier decisions for the rest of their meal.

The researchers also expanded their study to three online experiments. The final one of these asked half of its participants to memorize a two-digit number before ordering from a food delivery website, and the other half to memorize a seven-digit number.

Trying to remember the seven-digit number was more stressful, and those who were given that number were more likely to choose high-calorie main and side dishes after first picking a high-calorie dessert.

What we can learn from this study, in the broadest possible (and not necessarily scientific) terms, is that it is OK to choose an indulgent dessert first, because you’ll probably then pick more healthful main and side dishes.