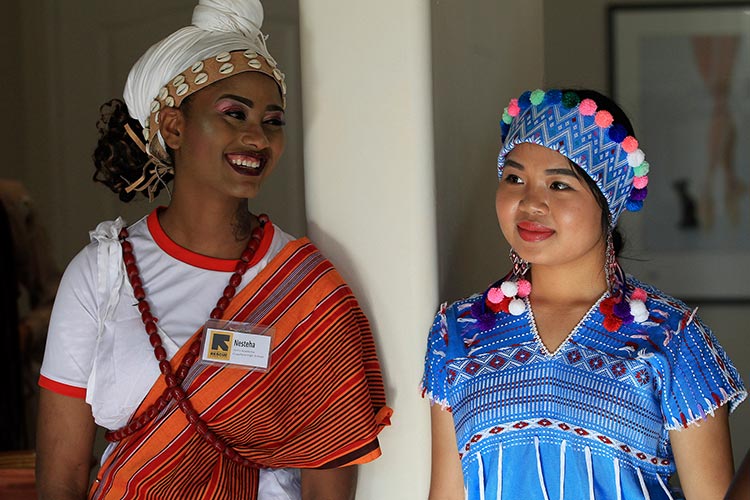 Nesteha Hassen, 17, of Ethiopia, left, and Ywahay Moo, 16, of Thailand, are dressed in native garb waiting to walk the runway at a fashion show in Leucadia, U.S. Bill Wechter/TNS.

Two years after the terrorist attacks on 9/11, Sarah Ansari launched Artizara, a San Diego-based modest Muslim fashion line designed to showcase the positivity and diversity of Muslim immigrants like herself who have made America their home.

Recently, the Pakistan-born designer passed her message on through a new generation of immigrant girls who arrived in San Diego from refugee camps in Africa, Asia and the Middle East over the past six years.

In a fashion show for about 150 guests at Ansari’s oceanfront home in Leucadia, the outdoor catwalk was shared by 11 professional models sporting Artizara’s spring 2019 fashion line and 10 local immigrant girls wearing the colourful cultural costumes of their home countries.

Kicking off the show with a brief speech was 18-year-old Habon Hassan, whose Somali family spent six years in a Kenyan refugee camp before arriving in San Diego in 2014. Now a senior at Crawford High School, she will start college next fall with the goal of becoming an obstetrician-gynecologist (OB-GYN).

“Refugees are coming from all over the world, they wear different clothes, they come from different backgrounds and they eat different foods … but all of them have the same goal — to contribute to society

Hassan said that in 2018, just 1,200 international refugees arrived in San Diego, a city with a population of more than 1.4 million. As a result, most San Diegans may never encounter a new refugee so Hassan said locals don’t have a “reference point” for relating to the newcomers.

“Refugees are coming from all over the world,” she said. “They wear different clothes, they come from different backgrounds and they eat different foods … but all of them have the same goal — to contribute to society.”

Hassan is one of 19 young women enrolled in the International Rescue Committee’s Refugee Girls Academy in San Diego, which was the beneficiary of all ticket sales on Sunday. Founded three years ago in City Heights, it’s an after-school program that provides empowerment, social, emotional, financial and career training to recently arrived refugee girls.

Most of the academy members arrived in San Diego within the past two years from Ethiopia, Syria, Uganda, Tanzania, Thailand, Kenya, Somalia, and Congo. 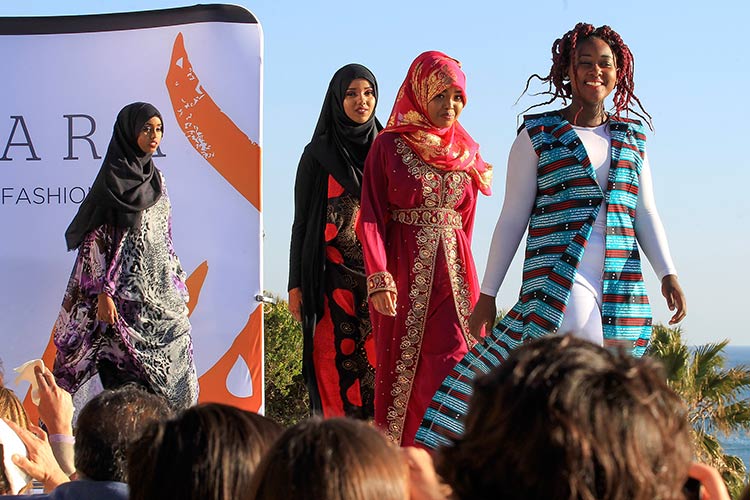 From right, Nangolie Lembe, 17, from Congo, Ayan Yusuf, 16, of Somalia, Zuhur Ahmed, 15, and her sister Sumya Ahmed, 17, both of Kenya, are dressed in native garb as they walk the runway at a fashion show in Leucadia, U.S. Photographer: Bill Wechter/TNS.

The yearlong program is offered at Crawford and Hoover high schools in San Diego and at El Cajon Valley High School. It’s also offered for youth who are not in school, ages 16 to 24, at the El Cajon office of the International Rescue Committee.

Refugee Girls Academy Coordinator Allison Ware said the program was developed to provide these young women with the tools they’ll need to survive, thrive and compete equitably in their newly adopted home country.

The girls learn skills like goal-setting, perseverance, career and college preparation, boundary-setting and social justice, as well as how to have healthy relationships with peers, family members and romantic partners.

Academy member Halimo Yero, 16, immigrated to San Diego from Ethiopia in 2013. The Crawford High student said the biggest challenge she faced when she arrived was learning English and overcoming her shyness.

“The clothes we wear are so much more than fashion, they are like a second skin. They are a powerful symbol of who we are. They speak about us before we ever open our mouths. They represent not only our personal sense of style but also our mood, culture, values and identity

“The program has really helped me to become more outgoing and confident,” said Yero, who volunteered as a greeter at the fashion show.

Ansari invited the academy students to take part in Sunday’s fashion show after being invited last fall to speak to the girls about careers in fashion. In a follow-up discussion between the girls and Artizara employees, Ansari said they came to a shared conclusion about what fashion means to them.

“The clothes we wear are so much more than fashion,” Ansari said. “They are like a second skin. They are a powerful symbol of who we are. They speak about us before we ever open our mouths. They represent not only our personal sense of style but also our mood, culture, values and identity.”

Ansari grew up in Pakistan where math, not fashion, was her passion. After earning her MBA, she and her husband, cardiologist Athar Ansari, moved to the U.S. in 1990. They settled in Los Angeles, where she worked in banking and finance before they moved to San Diego in 1999. They now split their time between homes in Alpine and Leucadia. 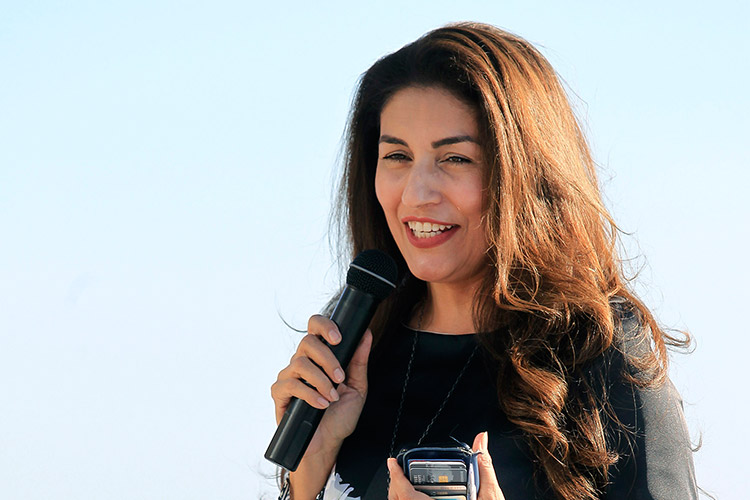 Sarah Ansari, clothes designer of a line called Artizara and host of the fashion show in Leucadia. Photographer: Bill Wechter/TNS)

In 2003, she launched Artizara with a fellow Muslim woman friend who was an engineer at Qualcomm. Both had been frustrated over the difficulty of finding attractive modest professional attire. Ansari doesn’t wear a hijab or headscarf, but she also doesn’t wear short skirts or short-sleeved tops.

Thanks to write-ups in the Washington Post and New York Times, Artizara took off. Ansari bought out her partner and gradually developed and positioned the brand to become one of the top emerging modesty fashion and lifestyle brands in the world.

Artizara’s designs are based on classical Islamic art and poetry. The spring 2019 line was inspired by the words of Rumi, a 13th-century Sufi poet.

“His poetry focuses on love and the opening of one’s heart to the universe around us,” Ansari said. “I think our collaboration with our inspiring volunteers did just that.”