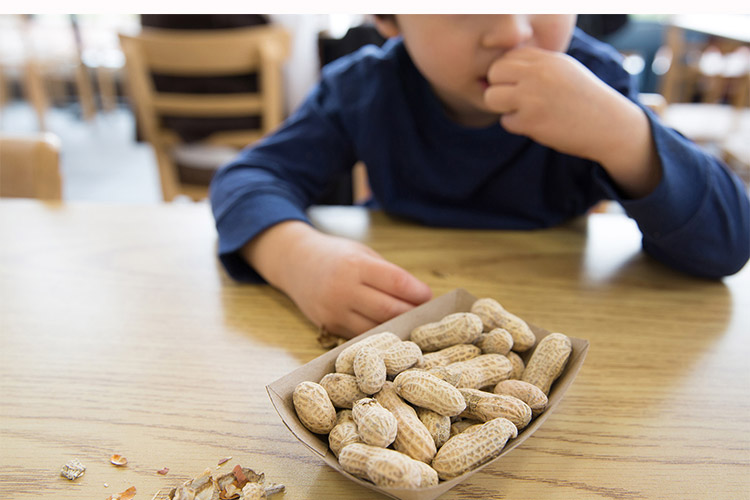 Introduce it as early as a baby is developmentally ready to eat solid foods.

Pediatricians now recommend introducing peanut-based foods to infants before their first birthday to prevent peanut allergies, according to a report from the American Academy of Pediatrics.

“The big news is to introduce peanuts early,” said Dr. Frank Greer, co-author of the study, which summarizes the latest research on food allergies and provides guidance to pediatricians.

Greer acknowledged that the current recommendation is a shift from earlier guidance that parents “shouldn’t introduce any allergic foods to infants before 12 months, and some even said before 2 years.”

Greer said introducing these foods to infants before they turn 1 can help the baby’s body develop a tolerance to them.

“The big news is to introduce peanuts early

“Introduce the foods before 12 months, for sure,” he said. “Everybody agrees on that. The average age of introduction (in the studies) was 7 months, but was done as early as 4 months.”

An initial report on the topic was published around 2008, Greer explained, and since that time, newfound evidence required a revision.

Some parents may be skeptical of this news since some were told as recently as five years ago not to introduce peanut-based foods to their infant. But Greer says, “What was advised a couple years ago wasn’t based on scientific information, but expert opinion.”

Dr. Faith Myers, a pediatrician at Pediatric Wellness Center at Advocate Good Samaritan in Downers Grove, III., echoed Greer’s advice and the scientific validity of the study. For the last year, she’s been telling her patients to introduce peanut products to their babies when they are around 6 months old.

“They’re making a recommendation based on science,” she said.

Myers explained that when her adult children, now 25 and 30 years old, were babies, she put them to sleep on their stomachs until new research found that babies receive more oxygen when sleeping on their backs. She made the switch.

“They’re making a recommendation based on science

“We made a decision to sleep them on their backs, based on science, not what we thought,” she said. “We follow the science.”

While the new advice to introduce peanuts early can make parents uncomfortable, Myers reassures them by explaining that babies under 6 months old typically don’t develop allergies to those foods. She says that if you introduce peanut products early and regularly, you’re almost desensitizing the baby, so he or she won’t develop the allergy.

“Earlier is better,” said Greer. “Don’t wait to introduce allergenic foods until after 7 or 8 months. I would personally introduce it as early as a baby is developmentally ready to eat solid foods.”