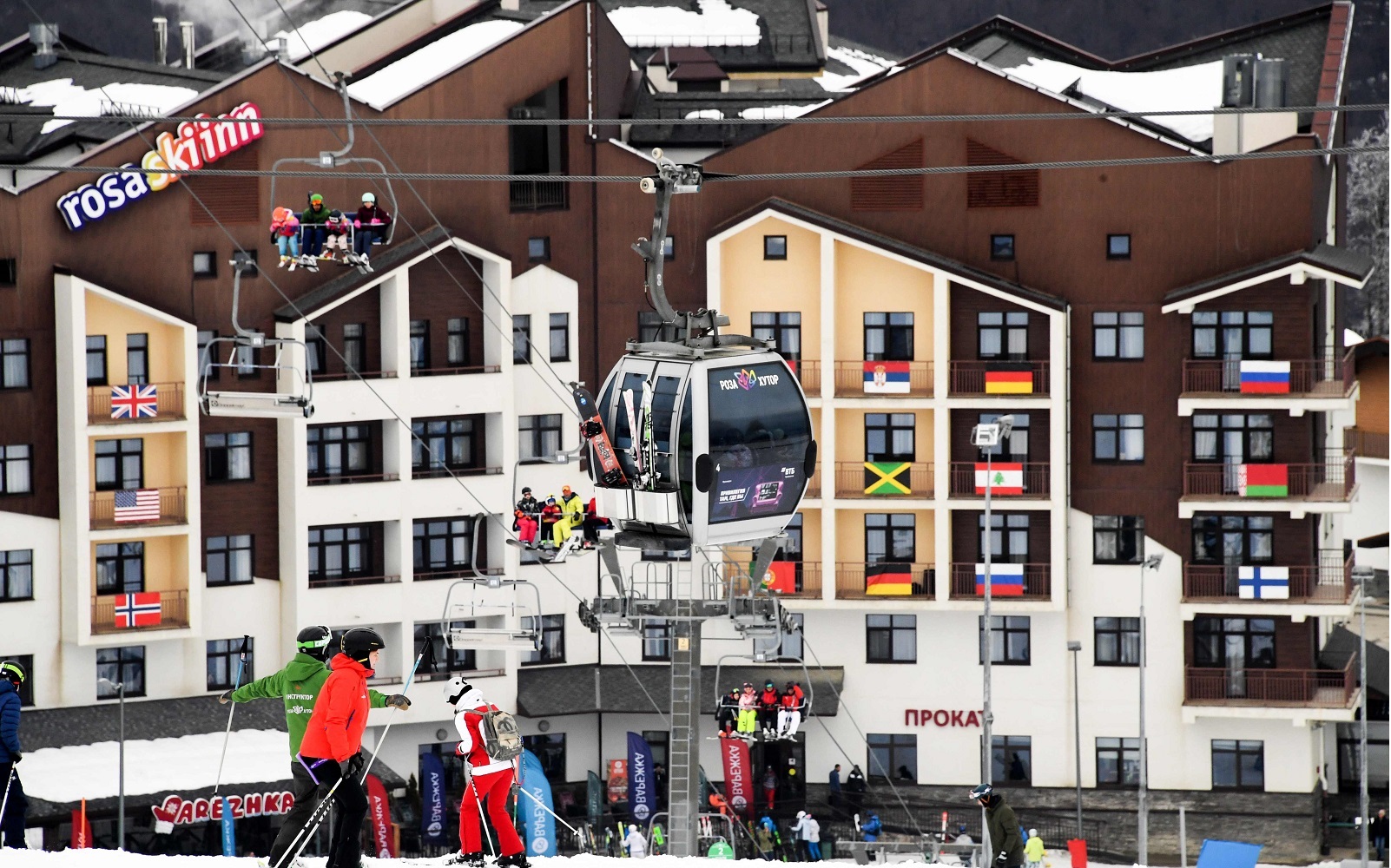 People ski on a slope of the Rosa Khutor mountain resort outside Sochi. Kirill Kudryavtsev/ AFP

When Russia spent billions to host the 2014 Winter Olympics in Sochi, many predicted that its flashy facilities would be left to rot.

But five years later the Rosa Khutor resort in the Caucasus Mountains is becoming a favourite of Russian skiers, and an alternative to ski trips to Europe.

The resort, which hosted alpine events for the Olympics, was packed on a recent February day, with skiers racing down the slopes as low clouds hung over the mountains.

Dressed in a blue ski outfit with matching goggles, Yaroslava Serdzhuk said that for Muscovites like her, travelling to the resort was an easy holiday.

"Coming here doesn't take a lot of time, money or effort. It's at the same level as what you can find in Europe, except it's local," she said.

Evgeny Anichkin, a salesman from Moscow at the resort for a ski trip with friends, spends two or three winter weekends a year at Rosa Khutor.

He flies two and a half hours from the Russian capital to Sochi on the Black Sea, before taking a 45-minute bus or taxi up a brand new road to the resort. 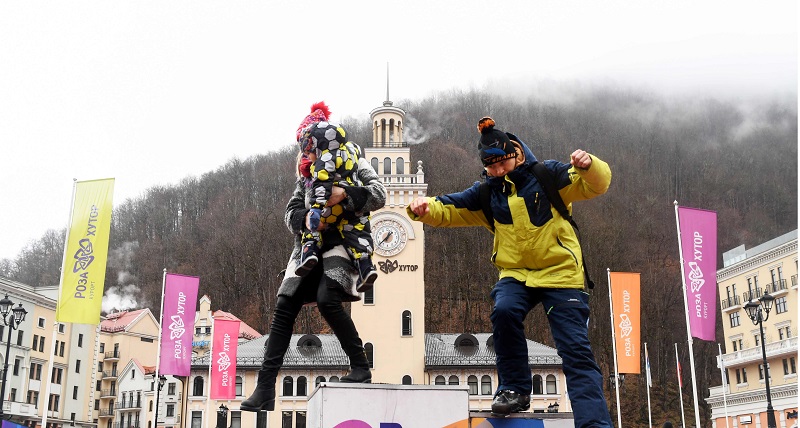 Holiday-makers on the main square of the Rosa Khutor Mountain resort outside Sochi. Photographer: Kirill Kudryavtsev/AFP

"This station is simply wonderful," the 40-year-old said, his skis resting on his shoulders after a run down the hill.

"There are easy, difficult, wide, narrow trails. People are happy, staff are attentive. It's very cool."

Rosa Khutor has continued as a venue for professional competitions and is hosting events in the Women's Alpine Ski World Cup this weekend.

The huge spending was criticised in a country where many still live in poverty and environmental groups accused infrastructure projects for Sochi of encroaching on natural habitats.

Those concerns still exist, especially over plans to expand the Rosa Khutor resort.

"Not only did they destroy a lot of ecosystems already, but they are planning to expand onto national park territory," Greenpeace Russia campaigner Mikhail Kreindlin said.

But that hasn't put off Russian tourists. 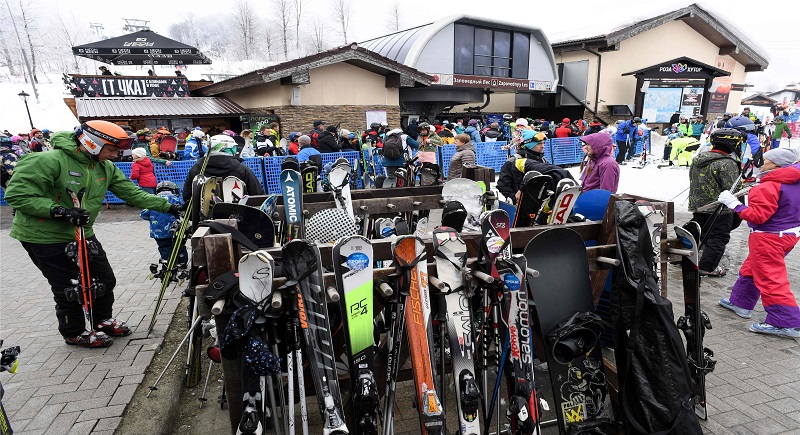 Rosa Khutor's deputy chief Alexander Belokobylsky said there was a "crazy rise" in visits in the first two years after the Olympics.

Numbers have still been rising, by five to seven percent per year, he said, with some 920,000 skiers visiting Rosa Khutor during last year's season.

"As you can see, doubts over what would happen to Olympic infrastructure were pointless," Belokobylsky said.

The resort's main village is in a valley 500 metres (1,640 feet) above sea level. Cable cars take skiers to the top of the slopes at an altitude of 2,320 meters (7,600 feet), with impressive views of the Caucasus and — in good weather — the Black Sea.

Belokobylsky said the resort's target audience is Russians who usually ski in Europe. The ruble has lost almost half of its value against the euro since 2014, making skiing holidays in Western Europe expensive for Russians.

Inspired by Rosa Khutor's success, Russian authorities are trying to take this model to other Caucasus resorts.

The government has announced plans to invest 41 billion rubles ($626 million/547 million euros) to modernise three other ski resorts in the region, including at Mount Elbruz, Europe's highest peak.

Similarly to Europe, alpine skiing remains a luxury many in Russia cannot afford and accommodation in Rosa Khutor is scarce.

According to independent research firm TourStat, only four million Russians — less than three percent of the population — practise the sport.

On the slopes of Rosa Khutor, Anton Kravchuk — who worked in Andorra for two years before returning to Russia to teach skiing — said his countrymen are getting better at the sport.

"Four years ago, we mainly taught beginners," he said. "The level has improved greatly, now we mostly teach in the highest part of the resort."