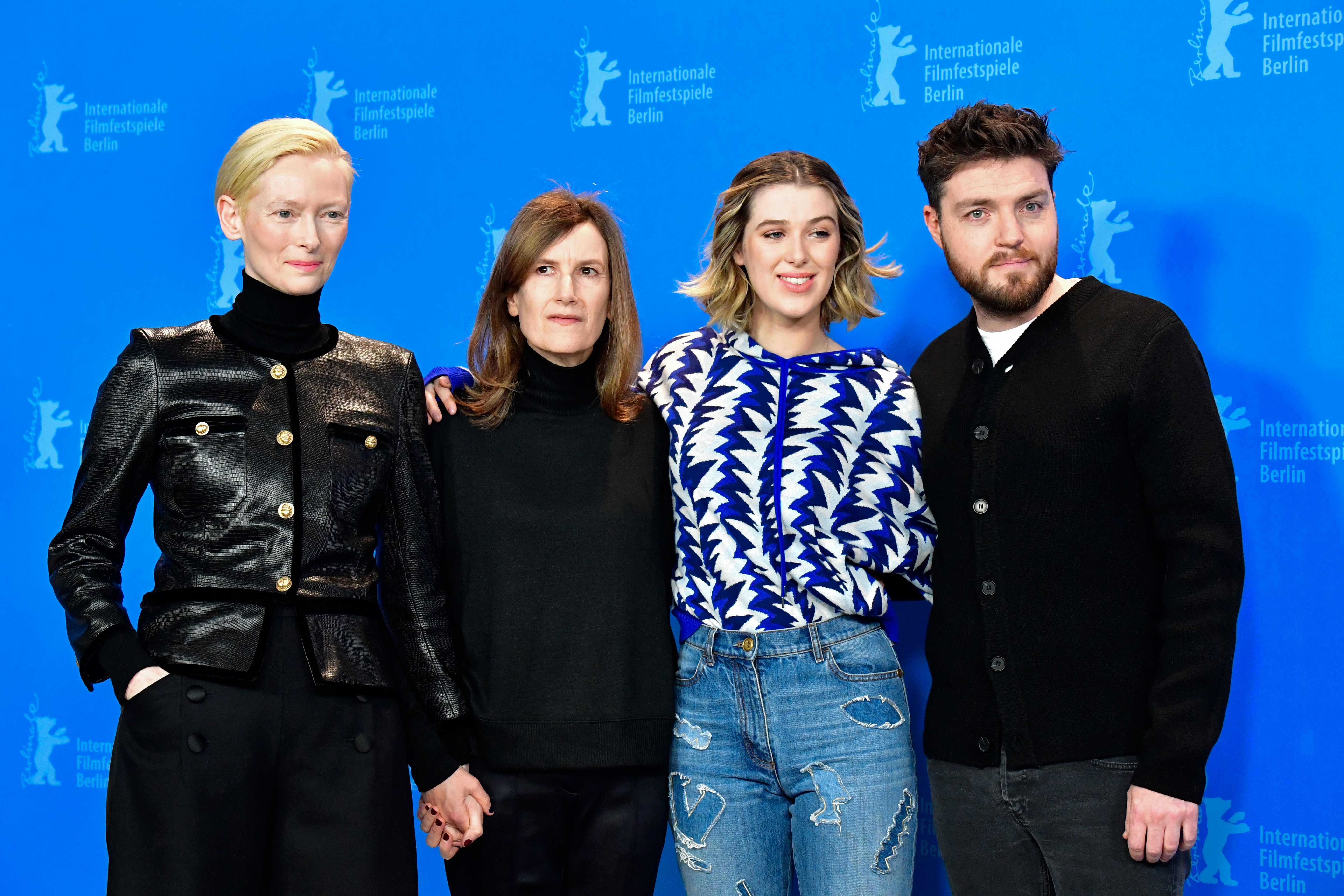 Swinton told reporters at the Berlin film festival that "The Souvenir" by director Joanna Hogg, featuring the first lead performance by 21-year-old Honor Swinton Byrne, had been her most "intimate" project to date.

"When I knew that (Hogg) was going to be making this particular story, it was of course incredibly moving. I was there with Joanna during the experiences that formed the basis of the story of this film," said Swinton, 58, who has known Hogg since they were 10.

Swinton Byrne plays Julie, a young film student loosely based on Hogg who falls for Anthony, a charismatic older man who claims to work for the British foreign service during the Troubles in Northern Ireland.

While Julie, the child of wealthy farmers, pursues her student films from a posh flat in London's Knightsbridge district, Anthony (Tom Burke of "The Musketeers") moves in with her.

Even as Anthony feeds her creative spark, Julie soon realises he is hiding an explosive secret.

Swinton and Swinton Byrne, who play mother and daughter, have received glowing reviews for the film, which was largely improvised based on a story outline by Hogg.

"The Souvenir" picked up a top award at last month's Sundance film festival.

Swinton noted that Hogg liked to work with lay actors and even shortly before shooting had not found the right person to play Julie.

"I had given her the names of all Honor's friends, everybody I could think of," she said.

"Finally it occurred to us both that there was somebody at the kitchen table who might be very well-suited."

Hogg, who has known Honor since she was a baby, said she hadn't closely directed the two actresses on set.

"We didn't really have to talk very much," she said.

Swinton Byrne, whose father is playwright and artist John Byrne, only had one previous screen role, as a child in the Italian language "I Am Love" starring her mother.

Swinton said she managed to hold back from giving her daughter guidance on set.

"As far as giving Honor any advice at all about being a fully realised human being in front of a camera, she needed absolutely nothing and I wouldn't dare to presume," she said.

Swinton Byrne insisted that apart from a planned sequel to "The Souvenir", reported to include Robert Pattinson in the cast, she had no plans to continue acting.

"But then I don't how life is going to go. Yes, I'm improvising life," she demurred.

"This was really the most spectacular experience and I know it will always be so close to my heart for always and nothing will be ever quite as meaningful in quite the same way."

Swinton Byrne said that for now, she planned to take a completely different tack in life than her creative parents.

"I've applied for university in Edinburgh and I hope to study psychology and neuroscience," she said.

"So that's my next ambition, my next project -- so fingers crossed."

"The Souvenir" was screened in the Panorama sidebar section of the Berlinale, where Swinton presented her first film, Derek Jarman's "Caravaggio", in 1986.