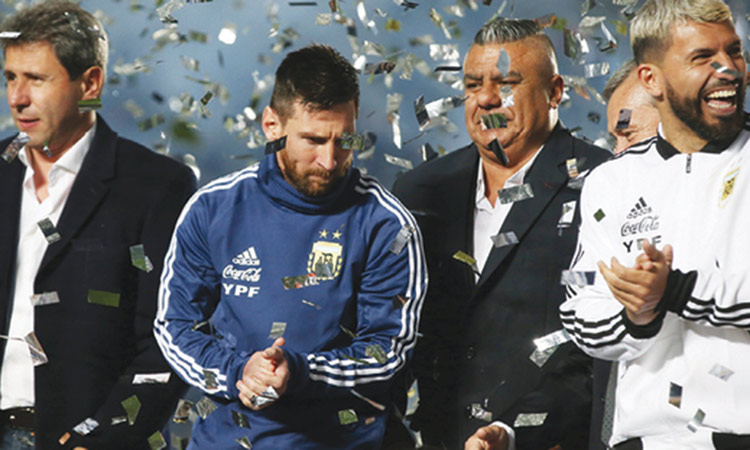 The Central Americans, who will participate in this month’s Gold Cup tournament while Argentina battle it out in Brazil, frustrated the home side initially.

But it was left to captain Messi to spark his side into action in their only warm-up match ahead of the tournament, expertly opening the scoring on 37 minutes before grabbing another just 96 seconds later.

Lautaro Martinez, the Inter Milan forward, also scored twice, coming off the substitutes bench at half-time to give coach Lionel Scaloni food for thought ahead of the opening match with Colombia on June 15.

Scaloni, brought in after Jorge Sampaoli was sacked following a disastrous showing at the World Cup last summer, is aiming to build a younger team and end Argentina’s 26-year wait for a trophy.

Indeed, in Scaloni’s Copa America squad only Messi, Sergio Aguero and Angel Di Maria remain from the one that was beaten by Germany in the World Cup final in Rio five years ago.

An on-song Messi, however, is needed for the South Americans to prosper over the next few weeks.

Messi has lost three Copa finals -- 2007, 2015 and 2016 -- and the last time Argentina won an international title was in the same competition back in 1993, when the diminutive forward was just six years old. They have reached four of the last five finals.

With Brazil missing the injured Neymar for the showpiece event, which starts on June 14, Argentina are one of the favourites.