England sweat on Wood’s fitness ahead of mega event - GulfToday

England sweat on Wood’s fitness ahead of mega event 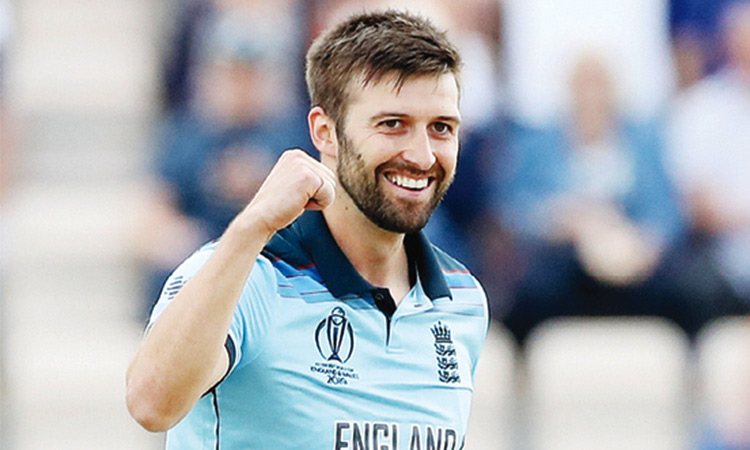 England’s Mark Wood celebrates taking the wicket of Australia’s Aaron Finch during their warm-up match in Southampton on Saturday.

England fast bowler Mark Wood was left with a nervous wait after his World Cup chances were thrown into doubt by a foot injury that saw him leave the field during a warm-up defeat by Australia in Southampton on Saturday.

The Durham quick had managed just 3.1 overs in his opening spell when he abandoned his run-up after feeling pain in his left foot.

Wood’s injury-plagued career has been blighted by a history of repeated ankle problems but he did give England some cause for optimism by running off to the pavilion, although the fact he then went to hospital for a scan and took no further part in an eventual 12-run defeat was concerning.

“We’ll see how it turns out in the morning. It can be a worry for him,” said England stand-in captain Jos Buttler.

“He’s worked really hard and it’s something he’s battled a bit which is a frustration for him. He puts in all the work, the medical staff are great with him, and I’m sure he’s in the best hands.

“We hope for the best for him.”

This was just Wood’s second appearance of the season and his latest injury was a reminder that World Cup hosts and favourites England may have to call-up left-arm paceman David Willey as a replacement before the lengthy event is over.

“Unfortunately in professional sport things like this happen,” said Buttler, deputising as skipper for the injured Eoin Morgan.

“Around a World Cup everything is heightened because you want everyone to be fit and firing. We’ll go through the six weeks and we’ll have niggles in our team but so will other teams. It’s just the nature of the game.

“It’s always a bit of a worry because you want everyone to sail through the tournament 100 per cent fit but that’s not the nature of how things are going to happen.”

Morgan, however, is expected to recover from a finger problem in time to lead England in a World Cup opener against South Africa at the Oval on Thursday.