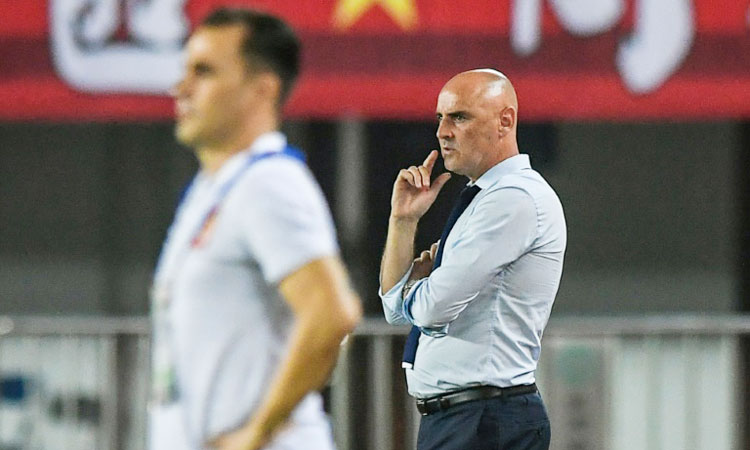 A tearful Kevin Muscat quit as Melbourne Victory head coach by mutual agreement on Monday, ending his 14-year association with the A-League powerhouse.

“It’s clearly an emotional time,” Muscat, who gained a reputation a hard man during his playing career, said at a press conference as he wiped away tears.

His departure follows an embarrassing 6-1 thrashing by Sydney FC in the A-League semi-finals this month, with his last game in charge to be the final AFC Champions League group clash against Sanfrecce Hiroshima on Wednesday. Victory are bottom of the group and already eliminated.

Muscat, 45, played for Victory between 2005 and 2011 before being appointed assistant coach and then taking over the reins in 2013 when Ange Postecoglou was put in charge of Australia.

The former Socceroo, who had stints at Wolves, Crystal Palace and Rangers during a long playing career, said he would take a break and then look for a new challenge.

“I believe the time is right for me to refresh, and in time, seek a new opportunity after giving everything I’ve got emotionally and physically to Melbourne Victory over the last 14 years,” he said.

“We have created and earned many great memories along the way, including our eight trophies.”

Club chairman Anthony Di Pietro said they came to a “unified agreement that it was time to part ways.”

“The parting was an ongoing collaboration and unified decision, and we wish Kevin nothing but the best for his future,” he said, adding that Muscat would go down as “one of the most influential figures in Melbourne Victory’s history.”