Swapping Kalashnikovs for bat and pads: Cricket, Taliban and peace 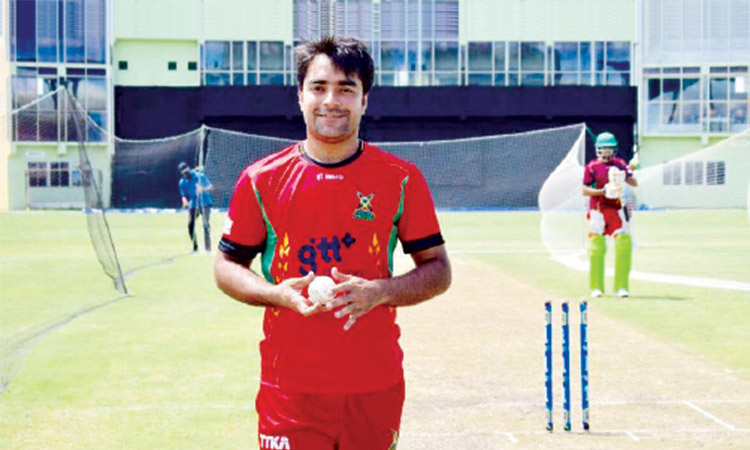 Spin sensation Rashid Khan is very popular among the Taliban.

AFGHANISTAN: During a lull in Afghanistan’s never-ending war, before the fighting season resumes once again in the spring, Taliban fighters recall laying down their Kalashnikovs and, for a brief moment, enjoying a game of cricket.

The sport is the only one most of the fighters enjoy, commanders say, with matches attracting hundreds of spectators from Taliban-controlled villages when there is no fighting. They are also fans of the increasingly successful national team.

“I love cricket,” said Mullah Badruddin, a Taliban commander in Khogyani district of Nangarhar, on the border with Pakistan, where a tournament organised by the militants at the start of last winter drew large crowds.

“When Afghanistan play against another team, we listen to the radio with great interest and we also check for scores in social media and follow those in Facebook who give live updates,” he told Reuters by telephone.

Players such as spin bowler Rashid Khan or big hitting batsman Mohammad Nabi Esakhil have become undisputed stars of the Indian Premier League (IPL), the razzle-dazzle showcase of so-called T20 cricket, the 12th season of which has just got under way.

First played in Afghanistan by British troops in the 19th century, the game was adopted by Afghans in the refugee camps of cricket-loving Pakistan, where more than 3 million fled a Soviet invasion and civil war in the 1980s and 1990s, and has since made huge strides in the country, particularly among ethnic Pashtuns in the eastern border provinces. Taj Malook Khan, who helped set up the Afghan Cricket Club in Kacha Gari refugee camp outside the Pakistani city of Peshawar in the 1980s, and a small group of players used to cross into Afghanistan during the 1990s Taliban era to play and promote cricket. The Taliban had banned games such as cricket and football in the early years of their austere rule because they believed they kept men away from prayers, according to former national cricketer Hasti Gul, but later became more tolerant of cricket.